Beginning of the 20th Century Crisis: War and Revolution

Beginning of the 20th Century Crisis: War and Revolution

The Road to World War I

-Many forces had been propelling the war for quite some time

-Two loose alliances formed (one consisted of Germany, Austria, and Italy; the other of France, Great Britain, and Russia) > more tension > ready for war

- Growth of nationalism in 19 cent. > some ethnic groups had no nationhood

-As armies grew, the influence of military leaders grew> Political leaders began to make decisions based on military rather than politics

-Serbia, supported by Russia, wanted to make their own large independent nation in the Balkans while Austria wanted to prevent this

The Assassination of Francis Ferdinand: A “Blank Check”?

^ Austria issues an ultimatum to Serbia on July 23, which showed extreme demands

-Serbia chose to reject some of the requests and on July 28, Austria declares war

*^* Russia ignores this > Germany declares war on Russia on Aug. 1

-France now comes in to the war.

^ Germany, under guidance of General Alfred von Schlieffen planned for minimal troop deployment against Russia and also the invasion of France through Belgium

* Germany declared war on France on Aug. 3 after issuing an ultimatum to Belgium asking to pass troops through >Britain declares war on Germany 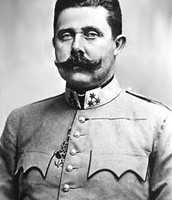 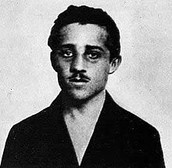 (The assassin of Francis Ferdinand)

-Most Europeans went to war with great Enthusiasm

^This resulted in a stalemate, aka Trench warfare, all along the Western Front with trenches dug from the English Channel to the frontiers of Switzerland

* On the Western front, the war was much more mobile

-At the beginning of the war, Russia attempted to move into German territory but failed at the battles of Tannenberg (Aug. 30) and Masurian Lakes (Sep. 15)

-The Italians betrayed Germany and Austria and moved to the Allied side (Russia, Serbia, France) and attacked Austria in May 1915

^ Bulgaria joined the Central powers (Germany, Austria) and together they eliminated Serbia from the war

The Widening of the War-

-As a response to this stalemate, both sides looked for new allies

^ The Ottoman empire came into the war in 1914 on Germany’s side (Central) > Russia, Great Britain, France declare war on the Ottomans in November of 1914

-The allies tried to open a Balkan front at Gallipoli in April 1915, but when Bulgaria entered the war, the Allies pulled out of the Balkan, which launched an attack

Entry of the United States- 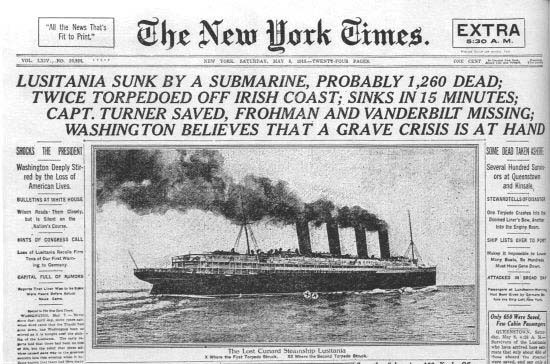 A New Kind of Warfare-

-By end of 1915 planes appeared on the battle-field > started as lookouts, then evolved into machine gun mounted fighter planes

-The Germans used Zeppelins to bomb London and eastern England.... Little damage but many people were frightened > The enemies found that the zeppelins were easily destroyed by anti-aircraft guns

The Home Front: The Impact of Total Warfare

Women in the War Effort-

www.britannica.com
Two revolutions, the first of which, in February (March, New Style), overthrew the imperial government and the second of which, in October (November), placed the Bolsheviks in...

-In 1917, the gov. introduced bread rationing in the capital city of Petrograd, which sparked strikes

* Tsar Nicholas told his military officers to stop these strikes, but eventually many of the soldiers ended up joining the strikes

* The Duma (Legislative body) met and on March 12, declared it was assuming gov. responsibility > it established a provincial gov. on March 15 >Tsar abdicates same day

-The new leader, Alexander Kerensky chose to carry out the war for Russia’s honor > this satisfied no one

* These socialists included the Social Democratic party which divided into two factions in 1903: the Mensheviks and the Bolsheviks

Lenin and the Bolshevik Revolution-

-The Bolsheviks came under rule of Vladimir Ulianov (Lenin), who was shipped to Siberia after being arrested for his revolutionary actions> he was released and chose to live in exile in Switzerland ( This is where he gained his leadership role)

-When the provisional gov. began in March 1917, Lenin thought that was an opportunity to seize power > Lenin was shipped to Russia by train, through Finland > Lenin said that the soviets of soldiers, peasants, and workers were ready made instruments of power

^ The Bolsheviks used these groups to overthrow the gov. > the propaganda was also aimed to make the people happy

* By the end of Oct. they achieved a slight majority of the Petrograd and Moscow soviets (Party members went from 50,000 to 240000)

-With Leon Trotsky as chairman of the Petrograd soviet, the Bolsheviks were in position to seize power

^ The night of Nov. 6, the forces took control of Petrograd; the gov. soon collapsed

-The Bolsheviks were soon renamed communists

-Lenin had promised peace so on March 3, 1918, Lenin signed the Treaty of Brest-Litovsk with Germany and gave up Eastern Poland, Ukraine, Finland and the Baltic provinces > peace didn’t come because Russia went into civil war 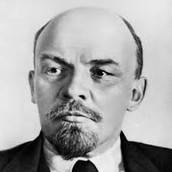 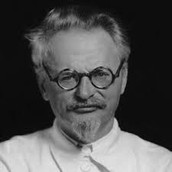 -There was great opposition to the Communists from people loyal to the tsar, the bourgeois, and the aristocratic liberals and anti Leninist socialists

^ The Ukrainians also attacked; in 1919 White forces swept through Ukraine to Moscow> by 1920 the White forces had been defeated and Ukraine retaken

^ 1920, the Communists regained the Caucasus (Georgia, Russian Armenia, and Azerbaijan

-The royal family became a victim of the civil war> The tsar and his family were taken into captivity in Siberia and then to Ekaterinburg where on July 16 1917, the local soviet murdered them all

-By 1921, the Communists were in full control of Russia

The Last Year of the War-

-With Russia withdrawing from the war, Erich Von Ludendorff persuaded one final military gamble, an offensive in the West to break the stalemate (March-July)

^ The Allies countered with 140,000 fresh american troops and defeated the Germans at the Second Battle of the Marne on July 18, 1918 > the German gamble failed > 2 million more Americans arrived soon after

-German gov. tried to make a liberal government but it was too late > Nov. 3 naval units in Kiel mutinied > William II fell to public pressure and abdicated on Nov. 9 > Socialists establish a republic; two days later the German gov. agreed to an armistice

The Casualties of the War-

-8-9 million died on the battlefield; 22 million were wounded > many died later

-The birth rate in Europe went down; many innocent civilians also died in the war

-1915, an apparent rebellion by the Armenian minority and their collaboration with the Russians caused the Turkish gov. to systematically kill Armenian men and deport women and children > 600,000 killed; 500,000 deported; 400,000 died in captivity

-Jan. 1919, 27 Allied nations gather in Paris to agree on a final settlement

^ These 3= the Big Three; Italy was in the Big Four with them but was less important

-A “League of Nations” was created, the map was redrawn, and G.B. and the US formed a defensive alliance with France in case of further German attacks

The Treaty of Versailles-

-5 separate treaties with the defeated nations (Germany, Austria, Hungary, Bulgaria, and Turkey); Germany’s was the most important

^ Germany’s= article 231 declared Germany and Austria responsible for the start of the war and ordered Germany to pay reparations to the Allied govs. > Germany was also forced to reduce its army to 100,000 men, cut back its navy, and eliminate its air force > also had to return Alsace and Lorraine to France and sections of Prussia to the new Polish state; there was also a demilitarized zone established between France and Germany

* Germans were more than angry

-Serbia became the center of the new Slavic kingdom later called Yugoslavia, which united Serbs, Croats, and Slovenes under one monarch

-The Ottoman Empire was dismembered; France controlled Lebanon and Syria; Britain received Iraq and Palestine > these were both called mandates instead of annexations 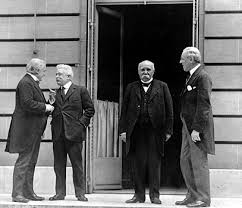 -The Decline of the West, the German writer Oswald Spengler

The Impact of WWI-

The Search for Security-

-Most affected after Germany; 1932 industrial production fell to half what it was in 1929

^ The American Welfare state was established

^ 1935, the Social Security Act was created giving a system of old-age pensions and unemployment insurance

-Only WWII brought employment back all the way

The Struggle for Power- 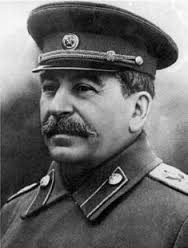 In Persuit of a New Reality: Cultural and Intellectual Trends