Op-Ed: Why I'm still skeptical about legal marijuana in L.A.

California is only months away from offering thousands of retailers a license to sell recreational marijuana to people ages 21 or older. It is the will of the voters, yet I remain concerned about the impact that recreational/non-medical cannabis commerce could have on the health and safety of neighborhoods throughout Los Angeles County. I wonder how this “brave new world” will make circumstances, conditions, even life itself better. Currently, all commercial cannabis is banned in the unincorporated areas of the county, and if it were up to me, I’d keep it that way until I felt confident that safeguards were in place to protect our communities.

As things stand, it is imperative that the Board of Supervisors enacts responsible regulation and effective oversight, developed with input from a wide range of stakeholders, to ensure that creating a commercial market for marijuana would not lead to overly negative consequences. We have a responsibility to serve all 10 million residents of the county — not just the voters who said yes to Proposition 64 — particularly minors who don’t have the right to vote but certainly deserve our protection.

Our track record has been less than stellar in getting a handle on establishments that sell dependence-inducing substances. Liquor stores are a common sight in many parts of the county, and bear at least part of the blame for higher rates of addiction, blight, petty and violent crime and diminished opportunities for residents in the immediate vicinity. Because unfettered cannabis commerce can compound those problems and sabotage economic revitalization, we should learn from Colorado and Washington, the first states to legalize recreational marijuana (in 2012).

According to its Department of Revenue, Colorado raked in almost $200 million in taxes in 2016 as marijuana sales hit $1.3 billion. But its Department of Public Health and Environment reported that 6% of pregnant women used marijuana, potentially endangering their unborn children’s health. At least 16,000 children were at risk of being exposed to secondhand marijuana smoke at home.

In Washington, the AAA Foundation for Traffic Safety found that 17% of fatal crashes in 2014 involved drivers who had recently used marijuana, more than double the percentage before legalization.

Though the perils hysterically alleged in “Reefer Madness” have long been debunked, the Los Angeles County Department of Public Health has found that early and regular marijuana use is associated with use of other illicit drugs, including cocaine, hallucinogens, prescription opioids and heroin.

You can now snort chocolate — but should you?

First came Four Loko, the alcoholic energy drink dubbed “blackout in a can.”

Now meet Coco Loko, a “snortable” chocolate powder being marketed as a drug-free way to get a buzz. The product, created by Orlando-based company Legal Lean, includes cacao powder, as well as gingko biloba, taurine and guarana, which are commonly found in energy drinks.

Nick Anderson, the 29-year-old founder of Legal Lean, says he heard about a “chocolate-snorting trend” in Europe a few months ago. He ordered a sample and gave it a try.

That led him to invest $10,000 into creating his own “raw cacao snuff.” It took about 10 tries over two months to come up with the mixture, which was created by an Orlando-based supplement company.

“Some versions, they just burned too much,” Anderson said. “Other times they looked gray and dull, or didn’t have enough stimulants.”

The effects of the cacao-based powder, he said, last about 30 minutes to an hour, and are “almost like an energy-drink feeling, like you’re euphoric but also motivated to get things done.”

But doctors say they’re not quite sure what to make of the brown powder, which hit U.S. shelves last month and is not approved by the Food and Drug Administration.

“The question is, what are the risks of doing it?” said Dr. Andrew Lane, director of the Johns Hopkins Sinus Center. “There’s no data, and as far as I can tell, no one’s studied what happens if you inhale chocolate into your nose. When I mention it to people, nobody’s ever heard of it.” (“Maybe,” he added, “I’m not in the in-crowd.”)

Lane said he wasn’t particularly worried that “snortable” chocolate could become a gateway drug, as users become accustomed to getting a buzz by inhaling powders.

“If you’re going to do drugs, you probably don’t start with chocolate,” he said. “Certainly this is better than using an illicit drug.”

The medical community has long raised concerns about the health effects of energy drinks — which often rely on caffeine, taurine and guarana, and have been shown to raise blood pressure and cause heart palpitations. Lane says those effects could be magnified if a person inhales those stimulants.

“There are a few obvious concerns,” he said. “First, it’s not clear how much of each ingredient would be absorbed into the nasal mucus membranes. And, well, putting solid material into your nose — you could imagine it getting stuck in there, or the chocolate mixing with your mucus to create a paste that could block your sinuses.”

A spokesman for the U.S. Food and Drug Administration said it had not decided whether, or how, the agency would regulate the product.

“In reaching that decision, FDA will need to evaluate the product labeling, marketing information, and/or any other information pertaining to the product’s intended use,” spokesman Peter Cassell said in an email.

The FDA is adding immediate-release opioids to its risk evaluation and mitigation strategy (REMS) for extended-release/long acting opioids, the agency announced this morning.

Kicking off a two-day meeting on strategies to evaluate the real-world impact of abuse-deterrent opioids, FDA Commissioner Scott Gottlieb, MD, said the U.S. is "awash" in immediate-release opioid products, with some 90% of the 200 million annual opioid prescriptions written being for these quick-release pills, which include Vicodin and Percocet.

He said the agency will start sending letters about the change to manufacturers of immediate-release opioids in the coming weeks.

The opioid REMS program -- which includes prescriber education -- will continue to be voluntary, though Gottlieb said the FDA is exploring whether that education should be made mandatory in the future.

The updated REMS program will also be expanded to include opioid prescriber training for other healthcare professionals including nurses and pharmacists, Gottlieb said.

"FDA believes that all healthcare providers involved in the management of pain should be educated about the safe use of opioids," he said.

It will also modify its existing "blueprint" for prescriber education by broadening pain management education, as well as including non-pharmacologic treatment for pain and non-opioid alternatives, and expanding education on opioid use disorders.

Gottlieb said the agency is also initiating a new study to get a better understanding of exactly how prescribers perceive the term "abuse-deterrent," and whether their perceptions "match clinical realities."

The FDA has convened two meetings on the opioid REMS program in a little over a year. Last May, an advisory committee concluded that the REMS needed significant modification, and among their recommendations was mandatory prescriber education and adding immediate-release opioids to the program.

This year, a two-day workshop focused specifically on prescriber education around opioids determined there was a greater need for pain education, especially when it comes to prescribing opioids, but there was little agreement on what, exactly, to do about it.

In May, shortly after taking the FDA job, Gottlieb said his most immediate priority would be to deal with opioid abuse. 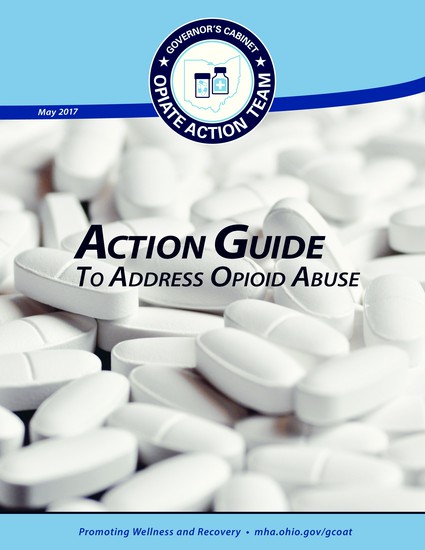 The third coalition meeting of 2017 is set for September 29th. An agenda will soon follow.
Get Directions