News for the week of October 29th

News for the week of October 29th

Read something spooky this week!

In honor of Halloween (this Wednesday), here is a list of some spooky reads that can be found in the Fork Shoals Library.

Come in and check one out today...if you dare! 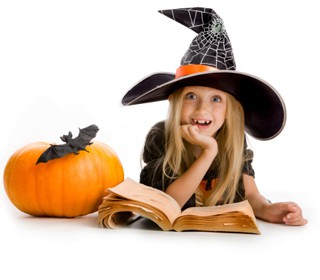 Book of the Week: The Ghost of Crutchfield Hall by Mary Downing Hahn

Florence Crutchfield, a twelve-year-old living in a London orphanage, gets the surprise of her life when she’s sent to live with her great-uncle at his country manor house, Crutchfield Hall. Life at Crutchfield Hall is very different from Florence’s time at the orphanage. She has a warm place to sleep, and there’s always enough food. Florence’s uncle is happy to have her there, but her aunt seems to hate her on site. Why is there so much animosity from her aunt? What could Florence have possibly done to deserve so much hatred?

Well, it seems that Florence’s aunt, a crazed and bitter woman, thinks Florence is trying to replace Sophia, Florence’s young cousin who died in a horrible accident nearly a year ago. Aunt Eugenie makes Florence’s life miserable and constantly compares her to the seemingly perfect Sophia. Florence is not even allowed to see James, her other cousin and Sophia’s younger brother. (He grew very weak and sickly following Sophia’s death.) Florence feels more alone now than she ever did at the orphanage, but she’s not alone…not at all.

Florence soon realizes Sophia is not entirely gone from Crutchfield Hall. The ghost of her cousin is haunting Florence, James, and even members of the household staff. Sophia has the power to make Florence do almost anything she wants…and that includes terrorizing those around her and finding a way to recreate her death so that someone else takes the fall that killed her.

Can Florence–and James–find a way to stop Sophia from wreaking havoc at Crutchfield Hall? Can they banish her ghost forever? Will Sophia ever really rest in peace? Unravel the mystery when you read The Ghost of Crutchfield Hall by Mary Downing Hahn, a nominee for the 2012-13 South Carolina Children’s Book Award. 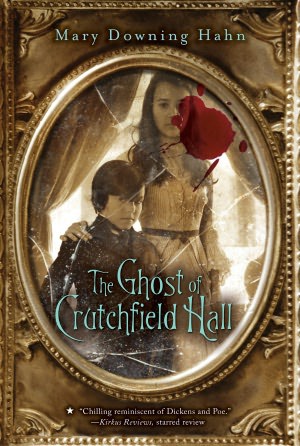 Our Fall Frenzy is this Saturday!!!! Come join us for an awesome silent auction, inflatables, games, food, and fun!

We will have a Blood Drive during the Fall Frenzy from 10:00-2:00. Call Mrs. Peden, our school nurse, at 355-5007 to sign up for a time. The class with the highest number of donors will get recognition.

Please remember that we will only be pre-ordering yearbooks this year. If you would like a yearbook, remember to order by December 16th. We will not have extras in the spring, so order yours while pre-orders are being taken!