Largest on the East Coast

Largest on the East Coast

The Pamlico Sound includes the majority of the Outer Banks coastline and is the largest on the east coast. The sound is approximately 80 miles long 15-20 miles wide.

Estuaries have been referred to as "nurseries of the sea" because the protected environment and provides food and ideal location for many fish and shellfish to live and reproduce. This provides food for humans, and many trees and plants.

Estuaries and their surrounding wetlands are bodies of water where rivers meet the sea. Estuaries contain many unique plant and animal life. The Pamlico Sound is fed by the Neuse and Pamlico, rivers, and the Atlantic Ocean. It is also home to many Dolphins, Sea Turtles, Many types of endangered species, including Leatherback Sea turtles and The North Atlantic Right, a Critically endangered whale. 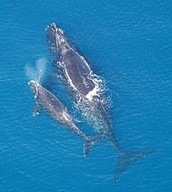 Livestock waste from runoff into the water can increase amounts of plant nutrients and harmful bacteria in the water. Marine farming can conflict with other uses and values of estuaries. People also dump household and industrial waste into estuaries. And rising sea levels can be harmful as well.