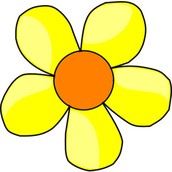 The teachers of these exploratory classes are committed to inspire the creative genius in all students through art, technology, library media, music, counselor and physical education. 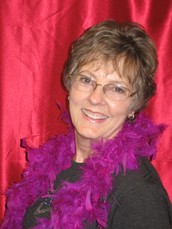 In our library classes this quarter we talked about Fiction call numbers and what they mean. Students worked in small groups to put call numbers in order. Call numbers were used to locate books in the Fiction section of the library. We watched a preview of some of the exciting books that were coming to the Scholastic Book Fair during Spring Parent-Teacher Conferences. We talked about Melvil Dewey and the numbering system he created which allowed books on the same topic to be placed together on the shelves. Students worked in small groups to determine in which of the ten categories a topic might be found. 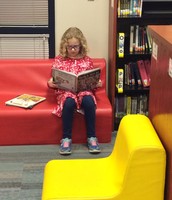 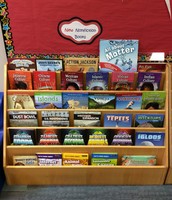 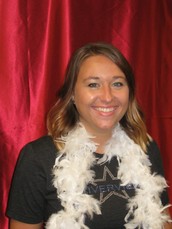 The school year is flying by! We began third quarter with scooters. It was a blast! We played games that involved scooters such as scooter tag, garbage truck pick-up and scooter scramble and the Falcon 500. After being re-acquainted with the scooters, we began a scooter hockey unit. The students seemed to really enjoy it! During scooter hockey, the students learned how to dribble the puck (we used a whiffle ball instead of a puck), pass, and shoot a goal. We got to play many games and students were able to show their teamwork and sportsmanship. The scooters really are a great workout! During third quarter, the students did a lot of climbing. They climbed the rock wall and the cargo net and did such an awesome job! We talked a lot about safety during the climbing unit, and the students did a great job of showing their understanding. They were all able to climb and help their partner(s) by being a spotter for them. Being a spotter is a big responsibility! To end the quarter, we played basketball! The students learned how to dribble with their finger pads, eyes up, and ball low. They practiced shooting using the acronym B.E.E.F. (Balance, Eyes, Elbow, Follow through) to help remind them of the correct form. After learning the skills, we got to play fun games such as hot shot, hot spot, dribble relays, and more! I love watching the students grow and become more confident. Some skills we learn in P.E. can be difficult, so I love seeing students push through those hard times and keep going. The words we focused on this quarter were maneuver, fundamentals, leader, balance, flexibility, hustle, foul (basketball term), and trustworthiness. 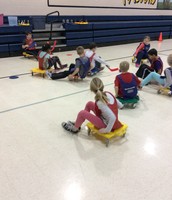 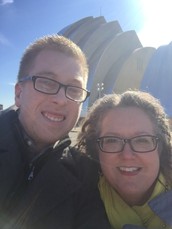 I’m Mr. Relf, and I was the student teacher in music for 3rd quarter. I had a great time at Riverview Elementary teaching music. Every student was a delight to see in class during the quarter. We had lots of fun learning about music together. I wish the best for every student in 4th quarter and in their future years of making music! Here’s a little about what we did in third quarter:

3rd quarter for 2nd grade was highlighted by the 2nd grade music program, “Lyrics and Literature!” The students began the quarter working really hard toward their February performance. They did such a wonderful job of bringing our stories to life! The students then began to work with patterns in music (form), and they could distinguish the difference between an “A” section and a “B” section. The students also learned new songs that incorporated Mi-Re-Do, and worked on making their own four beat rhythmic composition. 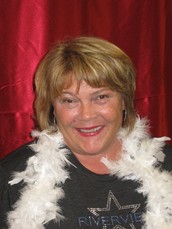 In Guidance with Ms. Munsey this quarter, we finished our unit on the Zones of Regulation. We also started a unit with our new curriculum, “Too Good for Drugs”. Our first lessons covered goal-setting and decision-making. Students worked on identifying goals in given situations, then applying the skills to form their own goals. Several students have already worked hard and accomplished their goal. I am also very excited to have a fabulous intern, Natalie Arbaugh, working with me from February through April. She has been a great addition and works so well with all grade levels teaching guidance lessons and working with students. 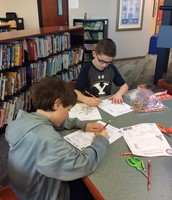 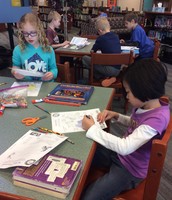 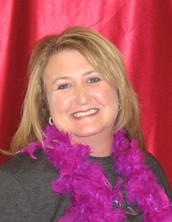 At the beginning of the quarter, students learned how to search for a picture on the internet to add to their pollination explanation they did in the classroom. We learned how to save our images, add them into MS Word, wrap the text, add a border, adjust the size and placement and print our image. After our music performance was over, we started in on our animal research. Each child got to choose a specific animal. On my site, kids were able to watch pre chosen video of their animal. They watched the videos through once and then the second time started looking for facts for our Power Point. We also ventured to A-Z Animals and National Geographic to add to our fact bounty. Kids learned how to take notes to speak to their audience and add keywords to their presentation slides. Next quarter we are planning on searching for pictures and then putting it all together in Power Point! 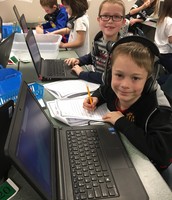 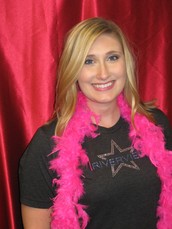 During the third quarter, second grade artists were very busy in art. To begin the quarter, second graders learned about the cultural traditions and holidays celebrated in India; such as Diwali, Holi, and the Elephant Festival of Jaipur. Students discussed whether or not painting an elephant could be considered art. After this discussion, students created their own mixed media elephant. Next, students took on a real world artist job, similar to that of a set designer! Students created prop for their own music program that went along with the books they narrated and acted out! After the props were made, students listened to a book called Lumpito. Lumpito was a dachshund dog adopted by Pablo Picasso. After reading this story, students discussed their own pets and create a clay dog sculpture. Students learned how to create shapes out of clay and how to attach the clay pieces together. During the final project of the quarter, students learned how to make a bug sculpture using paper mache. This project was inspired by the French art Louise Bourgeois and her famous spider sculpture, which can be seen at the Kemper Art Museum in Kansas City. Students learned that the spider represents the artist mother because she was a weaver and the protector of her family. Students brainstormed a bug that represents their own personality. In some ways, the bug sculpture is like a self-portrait! 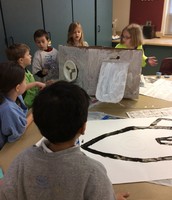 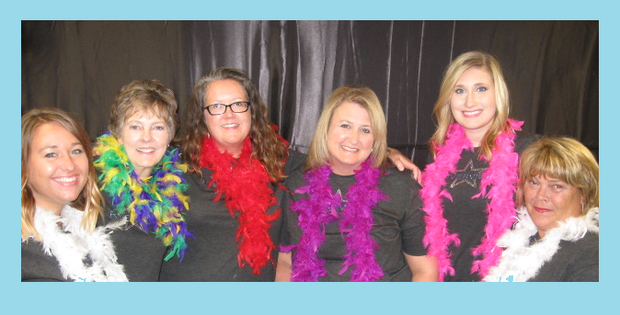