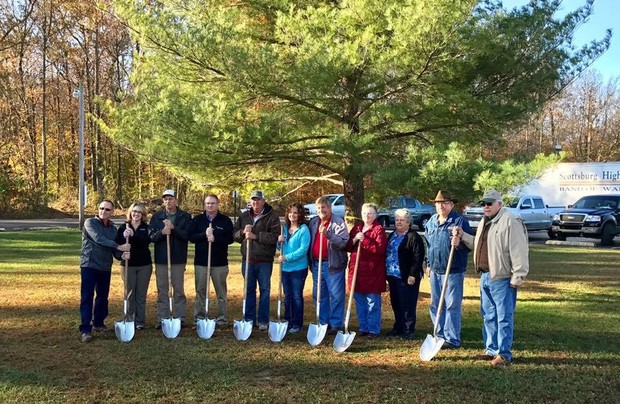 New Greenhouse in the Works

On November 11th, 2016 at the Scottsburg High School we held the groundbreaking ceremony for our upcoming greenhouse. We were honored to have many of our supporters and our sponsors in attendance. We would like to thank each and everyone of our sponsors for all of the encouragement they have given us on making this project possible. We couldn’t have made this project possible without all of the support of our sponsors, our school administrators, our advisors, and our community. We have made the greenhouse an ongoing project for almost two years via fundraising from community businesses and money from customers' spare change at our FFA food booth during the 4H Fair. We are excited for this greenhouse to be up and running and can't wait for everyone to experience it with us!

The Indiana High School Press Association has named its Harvey award winners for the 2015-2016 newspaper and 2016 yearbook.