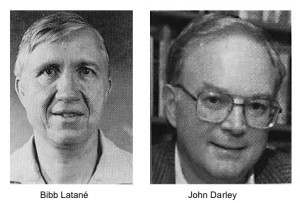 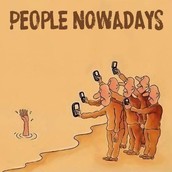 What is the Bystander Effect?

The Bystander Effect is a social psychological phenomenon that refers to cases in which individuals do not offer any means of help to a victim when other people are present.

On her way back home from work at around 3:15 am on March 13, 1964, Winston Moseley approached Kitty Genovese from behind on the verge of assaulting her. Kitty screamed from the top of her lungs, "Oh my God, he stabbed me, someone help!", but not one of 38 bystanders watching the scene from their windows did anything to help her. Many watched the murder happen but did nothing in response due to the bystander effect; when witnessing an emergency situation, an individual does not respond because of the fact that others are witnessing the same scene as well. The murder of Kitty Genovese stands out the most out of all the murders that have ever happened. Due to 38 witnesses being present at the time of the crime and not one responding in the proper manner was a shock to all. This mortifying event typically occurs when people are surrounded by others who are witnessing the same scene as them and so they assumed that someone else will do something about it so they ultimately don't have too. 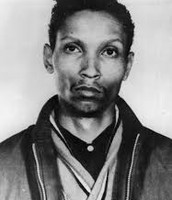 The impact of Kitty Genovese's Murder

After the death of Kitty Genavese, two psychologists named Bibb Latane and John Darley gained an interest in exploring the topic of The Bystander Effect. Latane and Darley both performed various experiments to determine how we as individuals fail to respond to harmful situations due to the fact that others around us are doing the same thing. One of the experiments they did was placing an individual in a consolidated room by themselves. While the individual sat and worked on a questionnaire, a mysterious smoke came from under the door. Without hesitation, the individual quickly responded in alert and got help. However, when two more people were placed in the same exact room as them and the smoke reappeared from under the door, everyone observed what was going on but did nothing in response; they noticed it but did nothing about it.

To further continue their experiment, Bibb and John clearly identified the emergency to their next individual participating. The individual in this experiment was asked to effectively communicate with another individual down the hall via intercom. The person on the other end of the intercom was a fake recording of someone seeking help because they were having a seizure. The individual listening in on the other end of the intercom became frightened and automatically went out to get help because they knew that they were the only one's who heard the man crying out for help. Although when Bibb and John placed two or three other individuals in the same situation, the responsibility of the people participating diffused. No one believed that they should do anything to help the man because they assumed that the other people listening in over the intercom would get help so they didn't have too. Everyone gave up their responsibility which ultimately led the man who was supposedly having a seizure to get no help what so ever.

The purpose behind Latane's and Darling's experiments was to determine how the Bystander effect plays a critical role in harmful situations. Their experiments truly exemplified how people fail to help those in need.

Latane and Darling made a conclusion that there are five characteristics of emergencies that effect bystanders and they are as following: 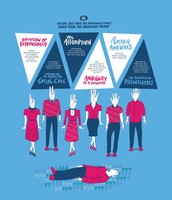 Due to the five characteristics of emergencies, bystanders go through cognitive and behavioral processes.