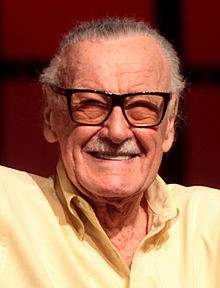 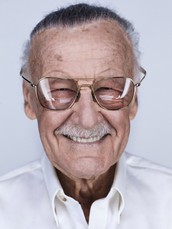 Stanley Martin Lieber was born on December 28, 1922 in New York City, New York, U.S.A. He is 92 years old and resides in West Hollywood.

Stan is a comic book writer, editor, publisher, media producer, television host, actor, author, and chairman of Marvel. He went to high school in the Bronx and entered the U.S. Army in 1942. He had many jobs including delivering sandwiches, writing obituaries and selling newspaper subscritions. Stan was raised in a Jewish family although he doesn't know wether he does or does not believe in God. Stan married a woman named Joan Clayton Boocock on December, 5 1947. Stan has a daughter (Joan Celia) that was born in 1950, although his second child Jan Lee died three days after delivery.

In the following quote Stan explains that he writes what he likes, not what others like. Because he doesn't know what they like.

Everybody wants to feel that you're writing to a certain demographic because that's good business, but I've never done that ... I tried to write stories that would interest me. I'd say, what would I like to read?... I don't think you can do your best work if you're writing for somebody else, because you never know what that somebody else really thinks or wants. 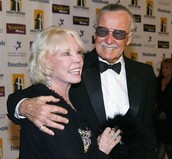 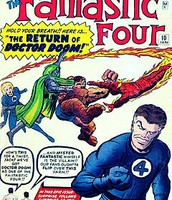 Lee and Kirby (bottom left) as themselves on the cover of The Fantastic Four #10 (Jan. 1963). Art by Kirby and Dick Ayers.

Lee became an assistant in 1939 at the New Timely Comics division of Pulp Magazine and comic-book publisher Martin Goodman's Company. Then from there he went to many other comic companies to proofread or make comics such as Captain America, Hulk, Thor, and by the late 1950's he was making the Justice League. Stan Lee made Marvel in 1939 and started making films of his writing in 1973-2016+, he's also made television shows and some video games up to this day. Stan has received more than ten awards including having a day named after him by the County of Los Angeles and the City of Long Beach.

Lee wrote stories in a many of genres. He wrote romances, Westerns, humor, science fiction, medieval adventure, horror and suspense. Stan showed the world that he wanted to give credit to everyone who was part of the writing the comic including, the writer, penciller, inker and letterer. His most known comics are the Fantastic Four and Amazing Spider Man. In 1971 Stan created a Spider Man comic for the US Department of Health describing the dangers of drug use. He also dealt with writing about racism in his comics. Stan also began an internet based super hero creation, production and marketing studio in 1998, Stan Lee Media. Stan is a fan of Bruce Lee films. As a child he liked to read the bible. His favorite authors are Stephen King, H. G. Wells, Mark Twain, Arthur Conan Doyle, William Shakespeare, Charles Dickens and Harlan Ellison.

Some of his famous quotes include:

"I never thought that Spider Man would become the world wide icon that he is. I just hoped the books would sell and I'd keep my job"