Vivek is using Smore newsletters to spread the word online.

Get email updates from Vivek:

Harry Potter and the Deathly Hallows

Harry Potter and the Deathly Hallows 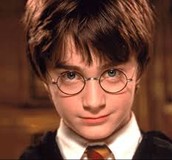 Harry was an orphan from the day he was one. He was taken to his aunt's house because he didn't have his family.

Tom Riddle hated his orphanage and when he heard that he had some magical blood inside him,he happily ran away to attended Hogwarts. He later became the major fear of people in the Wizarding World.

Ron and Hermione are Harry's friends from the first day at Hogwarts.On the right is Ron who met Harry at the train station.They saved Hermione from a ghost after the Start of the Year Feast.

The long-awaited finale to the biggest publishing phenomenon in history crashes to a thunderous ending, bringing the series total up to around 4,100 pages.-Matt Berman

The brilliant, breathtaking conclusion to J.K. Rowling's spellbinding series is not for the faint of heart--such revelations, battles, and betrayals await in Harry Potter and the Deathly Hallows-Amazon

My personal opinion is that is is a really good book, so it's really hard to put it down .You should really read it! 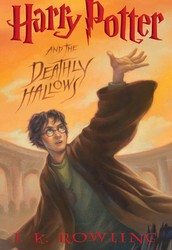 This is the last book of the Harry Potter series by J.K. Rowling.The genre of this book is fantasy.The main character in this book is obviously Harry Potter.He was the only one who survived death from the antagonist,Lord Voldemort in the Wizarding world.Lord Voldemort was also the one who killed both of Harry's parents.In all of the first six books, Harry is told that he has some magic inside him and he attends Hogwarts School of Witchcraft and Wizardy. Lord Voldemort has always been trying to kill Harry Potter, but Harry keeps escaping him with the help of some friends such as Ron and Hermione.My favorite part was when Lord Voldemort was destructing the Hogwarts Castle.This book would be agood choice for someone into magic.In the last book, Harry and Lord Voldemort meet for the final face-off!Will Harry survive and over power Lord Voldemort or will he face his death!?Read the book to find out.

Vivek is using Smore newsletters to spread the word online.