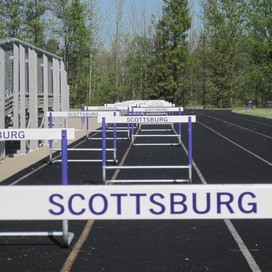 Scottsburg Middle School is an innovative community of learners dedicated to helping ALL students learn, grow, create, collaborate, and contribute!

Get email updates from Scottsburg:

SMS and all other SCSD2 schools will be operating on a 2-hour delay schedule on Wednesday, December 13th. Staff members at SMS will be analyzing NWEA growth scores and be making plans for second semester instruction.

School will start at 10:05 AM. Buses will run normal routes two hours behind normal times. If you must come to campus early due to a parent work/transportation conflict, you can arrive (with something to do!) after 7 AM that morning.

Please make sure you discuss this at home so your parents know that you can SLEEP IN a bit on Wednesday!! 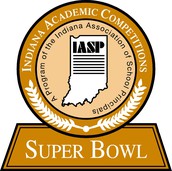 SMS Participating in the Super Bowl!!

SMS is excited to be participating in Junior Academic Super Bowl for the first time this year! All students were invited to apply last month and over fifty applications were submitted, far beyond expectations. This overwhelming response made the selection process difficult for coaches, but shows the willingness of SMS students to try new things and be involved--our students are AWESOME!

The theme of this year’s competition is WWI, a very broad topic, but

Coach Bell (Social Studies), Coach Fryfogle (Science), Coach Hicks (Math, yes we said Math:), Coach Cox (English), and Coach Shuler (Interdisciplinary) have been meeting since September and are ready to guide these students through the detailed material provided by the Indiana Association of School Principals (IASP) and Purdue University.

The first official meeting of the Academic Super Bowl Team will be held on Wednesday, December 13th in the Media Center from 3-6:15, with a brief parent meeting starting at 6:00. Students will be enjoying a pizza party, some activities to get to know their squad partners, then watching the Steven Spielberg film War Horse, which is part of the English squad’s study material, as well as an introduction to WWI for many students.

We are looking forward to participating in the Junior. Academic Super Bowl for the first time and cheering these students on as they represent SMS at competition on April 28th! 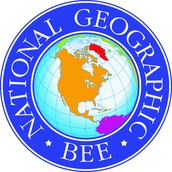 Are You Ready for the 2018 Geography Bee?

Are you a Geo-Genius? Do you always know where in the world Carmen Sandiego is? Or do you just like to compete and have fun? If so, then you’re ready to participate in the 2018 National Geographic School Bee.

Next week, you’ll have the opportunity to sign up to play. Your Social Studies teacher will be collecting names of players, so make sure your name is on that list!. After we return to school from the holiday break, we’ll have our preliminary competition round to determine which students will advance to the final competition of the SMS School Bee. You’ll be asked seven questions in the preliminary round on these topics: States Savvy, State Birds, Forces of Nature, Weird But True, History Happens (knowledge of world history), Odd One Out, and Culture Connection. If you look in display cases in the main hallway across from the Media Center, you’ll see two Geography Bee plaques with the names of the last fifteen Geography Bee winners. Will your name be on the plaque as our next school winner? Make sure you sign up next week and good luck!

All SMS students, staffers, and parents are invited to participate in the Speak Up Research Project for Digital Learning this week! This national survey asks K-12 students, parents, and educators about their digital learning experiences both in school and out of school. SMS last participated in this project in 2015.

Although the individual surveys are anonymous, SMS does get valuable school-based data to help us with instructional planning. Each SMS student will be asked to take the survey during a team-designated time next week. Parents - we're asking you to go online next week as well. You can access the survey from your Friday parent email (that included this Scoop link) or from the SMS web page. Please follow the log-in instructions so your opinions and experiences are tagged to our school!

You can find out more about Speak Up at the ProjectTomorrow.org website. You can access the survey directly from the SMS web site. Thanks for helping us! Your opinions and experiences matter!

We start a new semester in January and the new semester is the opportunity for students to make changes in their elective courses. At SMS, students may change from music to SSR mid-year. If you have decided that band or choir is not your passion, you can complete a course request form and change to SSR in January. Students wishing to change TO music, can do so next fall. If you want to make a change in your elective class, pick up a form in the office, complete all sections, and return it to Miss Nass for approval by Tuesday, Dec. 19th. Forms require parent and music teacher approval. Music staff members will approve forms during school after their respective concerts nights next week. If you have any questions, see Miss Nass.

You've seen this list already but we're leaving it on the SCOOP since all of these events are important!!

School will start at 10:05 that morning. Teachers will be meeting to discuss mid-year NWEA results and make plans for enrichment and remediation starting in January.

Everyone is invited to enjoy the sound of the season at our concert at 7 PM at SHS.

SMS will be collecting all student iPads during homeroom. We'll keep them safe and warm over break. iPads will be returned to students first thing when school resumes Jan. 4th. Students will leave chargers at home.

The SMS Staff are putting on a concert for students at 9:00 AM. Attendees must qualify by having no more than 2 disengagements on NWEA tests next week. Work hard on your tests- you won't want to miss this show!!

Enjoy the blessings of the season!

Report to homeroom on the first day back! We'll distribute iPads and then run an A day schedule.

As many of you know, Eventlink is our calendar and hall pass program. If you've not yet added Eventlink to your personal devices, please do so! You can add your cell phone as a contact, you can add Eventlink as a web clip on your phone home screen, and you can import your Eventlink activities into your existing calendar programs.

Eventlink has shared 'step-by-step' instructions for students and parents to use to import calendars for iPhones, Google/Android phones, and for Outlook 2016. These instructions are accessible on the main page of the SMS web site. Check it out if you want your SMS calendar items to connect to the calendars that coordinate the rest of your life!!

Not on Eventlink? Whoa! You want to create your free account. Select SMS as your school to get all of our 'all school' events. Then add every sport or club that you join to get calendar updates AND messages from coaches/sponsors! See Mr. Smith if you have any questions!

Scottsburg Middle School is an innovative community of learners dedicated to helping ALL students learn, grow, create, collaborate, and contribute!