The main character in the story "Rivals" is a kid named Josh. Josh's favorite sport is baseball. He is very athletic, funny, smart, and nice.

In this book Josh and his friend Benji are on a baseball team that could potentially win the championship. Josh and his friends Benji and Jaden are at school one day just joking around. They started talking about the big game and how if they win it they will make it to the championship game. Jaden tells them that if they win she will write about them in the school newspaper. Benji and Josh get really nervous because of all of the pressure that's on them. 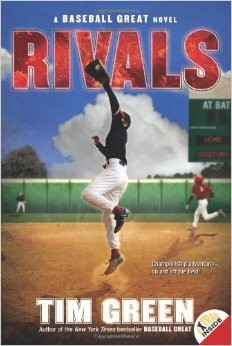 Josh gets hit in the face by a pitch on purpose. But even though he gets hurt he stays in the game and tells the umpire that he wants to hit even though hes injured. Josh winds up crushing a slider out of the park for a home run to win the game. Benji, Josh, and their whole team celebrate the victory to move on to the championship. Josh and Benji wind up going to the Comets game to see who will win and who they will have to play in 2 weeks. Mickey Mullen Jr. the son of a legendary baseball player is the pitcher for the Comets. Jaden falls in love with Mickey Mullen Jr. The Comets shut out the other team 3-0 at the end of the game. Josh thinks that something suspicious is going on because the umpires where calling terrible calls. Mickey takes Jaden to an ice cream shop not far from the park after the game. When Josh and Benji follow them they see the Mickey's dad slips an envelope over to the umpire. The envelope is full of money.

Josh and Benji's team plays in the championship game against the Comets. It is a close game all the way until the end. Josh hits a walk-off homerun and his team wins the game. They become the underdogs because everyone was saying that the Comets were going to win. Josh's team wins even though the Comets were cheating. 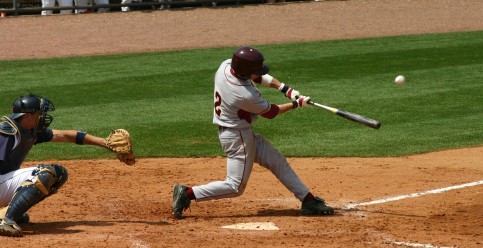 Mickey decides to apologize for being a jerk to Josh and Benji. They all become friends and talk to each other a lot for the rest of the summer.

The theme of this story is that you shouldn't judge someone if you haven't really met them because they could be a good person.

www.baseballcamps.com
Youth baseball camps from California to New York. Join us this season and take your game to the next level of play. Secure online registration.

Why I Chose This Non-Fiction Source