Ronal is using Smore newsletters to spread the word online.

Get email updates from Ronal:

Mount hood is a composite because its the highest mountain in Oregon,and The glacially eroded summit area consists of several andesitic or dacitic lava domes; pleistonnence collapses produced avalanches and lahars (rapidly moving mudflows) that traveled across the Colombia river to the north. The eroded volcano has had at least four major eruptive periods during the past 15,000 years. Some information was found on http://en.wikipedia.org/wiki/Mount_Hood 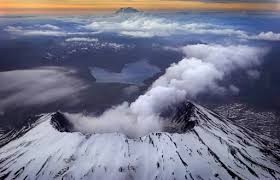 How are people affected

People are affected because there are Millions of lives near the volcano if it erupts again witch has been a long time that has not erupted it can be tough and a large mass of explosion that can damage peoples property and such other things...

Ronal is using Smore newsletters to spread the word online.