Get email updates from Chase:

How to survive it

How to survive it

If the nuclear bomb is an air burst there would be local fallout near the blast radius to be weary of. However, if the bomb is a ground burst, then the fallout and radiation is a lot more severe. This is due to the bomb lifting up all debris and land into the air like a giant mushroom. Everything in that mushroom is high irradiated. Radiation can have extremely damaging effects. The most severe is gamma radiation. What can Gamma radiation do? Well it can penetrate paper, skin, wood and other materials. This causes severe damage to your organs leading to certain death. The radioactive material can get caught up into cloud formations causing there to be radioactive precipitation. This will affect water supplies, rivers, and any other substance in contact with this radioactive material.

WHAT FALLOUT CAN DO 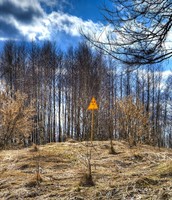 Guaranteed To Kill You

What can it do to the enviroment

The fallout can irradiate the soil, local river beds, the climate, and even plants and animals if not already dead. What this can do is kill off all local crops, you will die from exposure, and clean water supplies will be narrowed down to almost none. It can also pollute weather causing local precipitation to be extremely deadly.

How will we survive

Our bunker The Nexus will survive and thrive in the coming apocalypse due to great design. We have clean water supply from underground water reservoirs, we get clean air from our NBC (Nuclear, Biological, Chemical) air filters. We get our power from windmills, underground generators and bio fuel. Plus kinetic energy from our workout machines. We have enough food in storage to last us up to a year on a 6000 calorie diet for ten people. But to produce our own food we have crops and livestock growing in the Nexus.

To get rid of sewage and waste we have a blast furnace that burns everything and the smoke is exhausted to the outside world. To protect us from the outside we have walls that are 3 feet thick of concrete and 4 inches of steel. The Nexus is also buried 60 feet underground giving us more than enough protection from radiation and other negative effects from the blast.

The Nexus has been outfitted with a communications room, vehicle bay, and reconnaissance room to keep in touch with any life in the outside world.

For homely needs we have our own separate rooms outfitted with personal amenities. Keeping ourselves clean, each room has it's own bathroom installed with a shower, toilet and sink with all other sanitation needs/amenities. We also have a Kitchen/Dining room to keep all the food in one area to keep the Nexus clean and also to bring everyone together for meals to add to a more human feel. To keep ourselves sane and also fit we have a rec-oration room outfitted with machines that produce kinetic energy from us using them for physical training. The room also has a movie theater and other amenities to fit our needs.

To make sure the Nexus is always together and in one piece the bunker has maintenance rooms to keep up the workings of the Nexus and storage rooms for all needed materials in the Nexus. For safety we have an armory to supply us with any weapons we may need in the coming days of the apocalypse