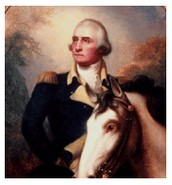 Delaware River, Trenton, New Jersey. George Washington has 2,400 troops with 18 guns. Colonel Rahl has 1,400 with Hessian's too with 6 light guns.

Washington wanted to surprise the Hessian's and Britain because he lost the battle before this one. When it was Christmas day Washington went to Trenton to attack them. He attack them while they were asleep and took quite a lot of people. Britain and Hessian's plan was nothing because it was Christmas and they were all celebrating it but when it was night time they fell asleep while some of them was token by Washington and his army.

It was important because all of Washington troops were barefoot and the battle before this one they have to retreat. Washington doesn't want his troops to give up so he wanted them to try again. Britain was just celebrating but Washington didn't want to celebrate for Christmas. The British didn't know it was coming and Washington troops took almost 1,000 Germans because the Germans were celebrating with Britain.