Nashanette is using Smore newsletters to spread the word online.

Get email updates from Nashanette:

One Direction are 5 boys from the United Kingdom, that includes of Harry Styles, Liam Payne, Zayn Malik, Niall Horan and Louis Tomlinson. They were discovered on the 2010 series of The X Factor, and formed a group through the advice of Simon Cowell.

They released their first single, “What Makes You Beautiful” in the UK in August 2011, and it became one of the fastest selling songs of the year, breaking a record for the most pre-sales ever until released in the USA, and went on to hit number one in the charts. In February 2012, the song received a Brit Award for “Best British Single". Since this they’ve won a huge amount of other awards, including three at the MTV VMA’s in August 2012.“Up All Night” is the boys first album, and has received many reviews from critics, reaching the top of the album charts in countries all across the world. Touring the US along with Big Time Rush in February & March 2012. The band launched their second album ‘Take Me Home’ in November 2012. 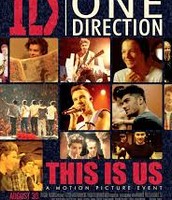 "Live your dream and NEVER WAKE UP." - Liam Payne

"Life is funny. Things change, people change, but u will always be you, so stay true to yourself and NEVER SACRIFICE WHO YOU ARE FOR ANYONE." - Zayn Malik

"I don't think you can really define love." - Harry Styles

"If you want to do something go for it you've got nothing to lose." - Louis Tomlinson

Nashanette is using Smore newsletters to spread the word online.