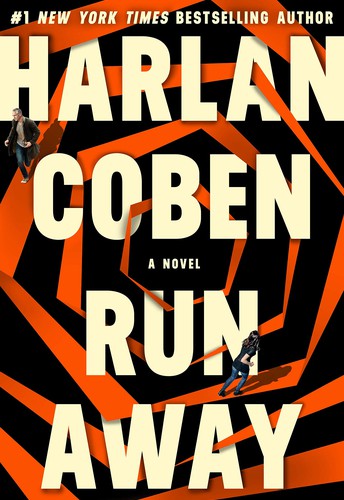 The brilliant new thriller from the international bestselling author described by Dan Brown as 'the modern master of the hook and twist'. You've lost your daughter. She's addicted to drugs and to an abusive boyfriend. And she's made it clear that she doesn't want to be found. Then, quite by chance, you see her busking in New York's Central Park. But she's not the girl you remember. This woman is wasted, frightened and clearly in trouble. You don't stop to think. You approach her, beg her to come home. She runs. And you follow her into a dark and dangerous world you never knew existed. Where criminal gangs rule, where drugs are the main currency, and murder is commonplace. Now it's your life on the line. And nowhere and no one is safe. 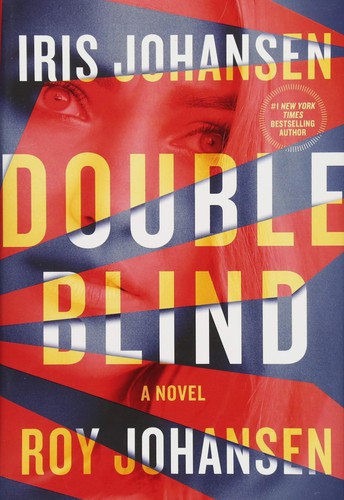 Kendra Michaels, formerly blind and now a hired gun for law enforcement agencies who relies on her razor-sharp powers of observation, is reluctant to help the FBI with the most recent case they’ve brought to her. But then she hears the details: the body was found just blocks away from Kendra’s condo. The young woman was carrying an envelope with Kendra’s name on it, and inside was an SD card with what appears to be an innocuous video of a wedding reception. The woman died trying to get the video to Kendra, but for what purpose? Before Kendra and the FBI can answer that question, the bride is abducted from her suburban home.

And so the hunt is on for a killer whose nightmarish plan is slowly becoming clear. A plan that involves a powerful law firm and a multi-billion dollar corporation. As the body count rises, Kendra joins forces with private investigator Jessie Mercado and agent-for-hire Adam Lynch to stop the plot as it grows ever closer to its terrifying conclusion. 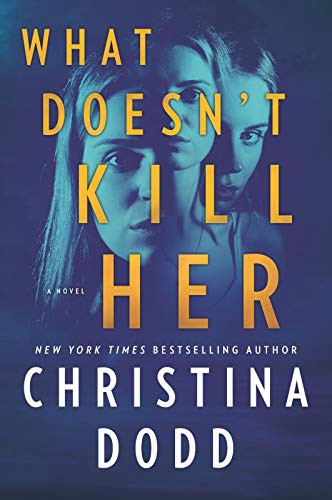 What Doesn't Kill Her

One secret, one nightmare, one lie. You guess which is which.

1. I have the scar of a gunshot on my forehead.
2. I have willfully misrepresented my identity to the US military.
3. I'm the new mother of a seven-year-old girl.

Kellen Adams suffers from a yearlong gap in her memory. A bullet to the brain will cause that. But she's discovering the truth, and what she learns changes her life, her confidence, her very self. She finds herself in the wilderness, on the run, unprepared, her enemies unknown--and she is carrying a priceless burden she must protect at all costs. The consequences of failure would break her. And Kellen Adams does not break. 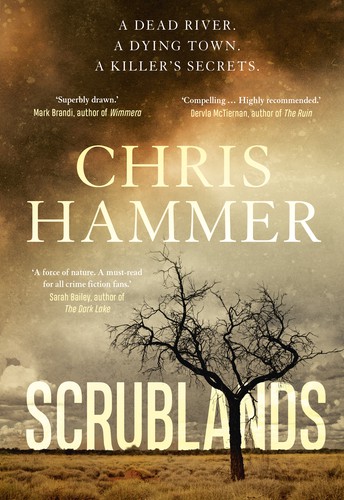 In an isolated country town brought to its knees by endless drought, a charismatic and dedicated young priest calmly opens fire on his congregation, killing five parishioners before being shot dead himself.

A year later, troubled journalist Martin Scarsden arrives in Riversend to write a feature on the anniversary of the tragedy. But the stories he hears from the locals about the priest and incidents leading up to the shooting don't fit with the accepted version of events his own newspaper reported in an award-winning investigation. Martin can't ignore his doubts, nor the urging of some locals to unearth the real reason behind the priest's deadly rampage.

Just as Martin believes he is making headway, a shocking new development rocks the town, which becomes the biggest story in Australia. The media descends on Riversend and Martin is now the one in the spotlight. His reasons for investigating the shooting have suddenly become very personal.

Wrestling with his own demons, Martin finds himself risking everything to discover a truth that becomes darker and more complex with every twist. But there are powerful forces determined to stop him, and he has no idea how far they will go to make sure the town's secrets stay buried.

A compulsive thriller that will haunt you long after you have turned the final page. 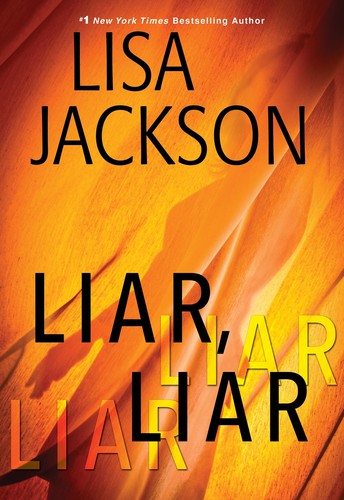 In this riveting page-turner from #1 New York Times bestselling author Lisa Jackson, a woman searches for the mother she hasn’t seen in twenty years, and uncovers a nightmare of greed and deception . . .

In death, Didi Storm is finally getting the kind of publicity that eluded her in life. Twenty years ago, the ex-beauty queen worked the Vegas strip as a celebrity impersonator, too busy trying to make it big to spare much time for her daughter, Remmi. Shortly before she leaped from a San Francisco building, Didi’s profile was rising again, thanks to a tell-all book. To Detective Dani Settler, it looks like a straightforward suicide, or perhaps a promotional stunt gone wrong. But Remmi knows the truth isn’t so simple. Because though the broken body on the sidewalk is dressed in Didi’s clothes and wig, it isn’t Didi.

Remmi was fifteen when she last saw her mother. Their parting came in the aftermath of a terrible night in the Mojave desert when Remmi—who’d secretly stowed away in Didi’s car en route to meet her crush, Noah Scott—instead became witness to a mysterious rendezvous. Didi handed over one of her newborn twins to a man Remmi didn’t recognize. Subsequently, Didi disappeared, as did Remmi’s other half-sibling. Remmi has pleaded with the authorities to find them, but there have been no clues. Yet she’s always had the sense that someone is watching her . . .

If the victim isn’t Didi, who is it—and what’s the connection? Remmi is shocked when Noah resurfaces. He was also in the desert that night, and now runs his own PI firm. He too believes it’s time to find out what really happened. As they and Detective Settler dig deeper, the truth about Remmi’s missing family begins to emerge . . . a story of ruthless ambition and twisted lies that someone will kill again and again to keep hidden . . .