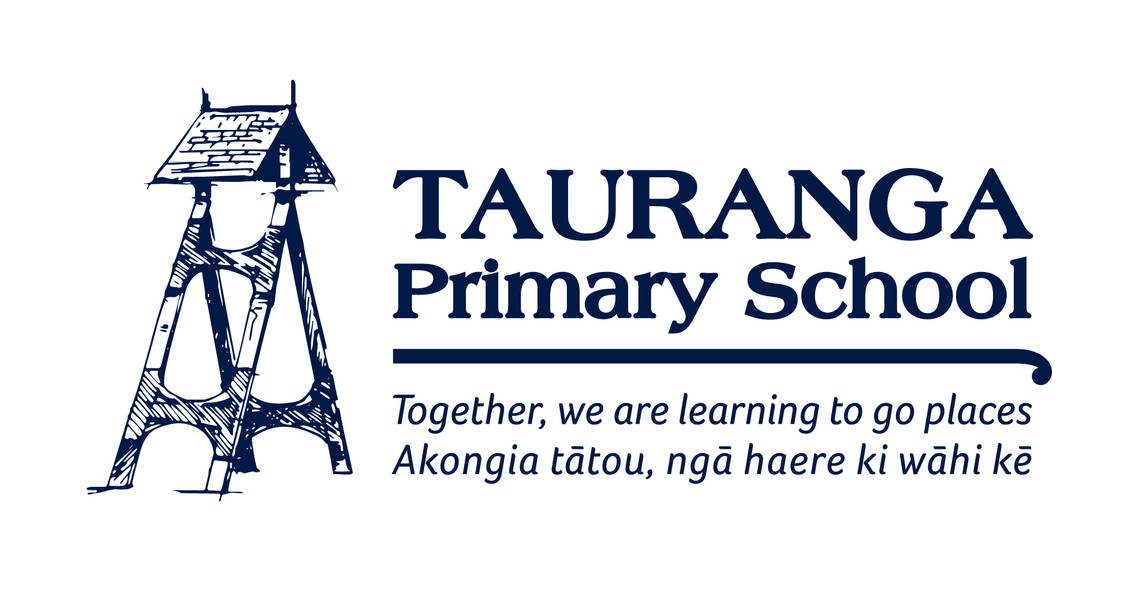 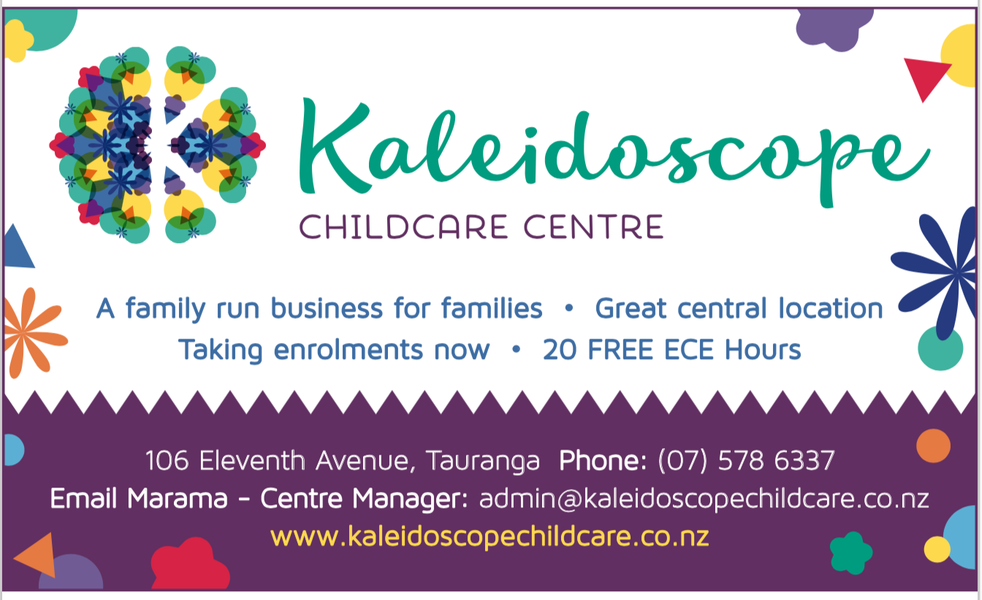 As we prepare for the end of the year, I would like to take this opportunity to wish our leaving year 6 learners all the best for the next stage in their schooling. They are prepared for the new challenges and opportunities that await them at intermediate, and we look forward to hearing about their successes and achievements in the future.

Be strong, be brave, be steadfast

Thank you to our parents and supporters of Tauranga Primary School. We are continually striving to provide the very best education we can for your children and appreciate your support and partnership in this endeavour.

Year 6 parents, I want to especially thank you for trusting us with your children throughout their primary schooling. For some, this will mark the end of your close association with TPS, and I would like to take this opportunity to wish you well and thank you for your contributions and support over many years.

Lastly, thank you to the teaching team, support staff and board of trustees of TPS; you are a remarkable group of people who have contributed so much to make TPS a wonderful place to learn and grow in. I appreciate and value your support and look forward to an exciting (non-Covid affected) 2023.

Merry Christmas and a happy New Year to everyone.

Merry Christmas from your TPS team 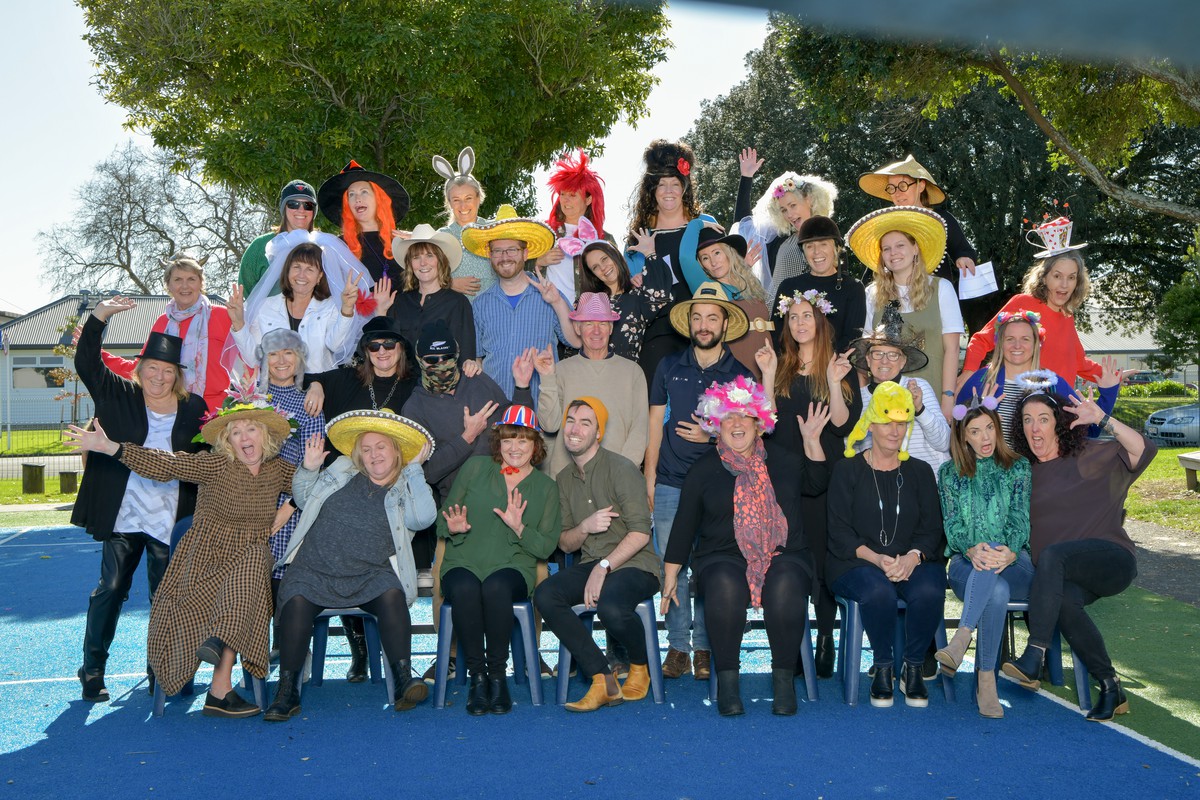 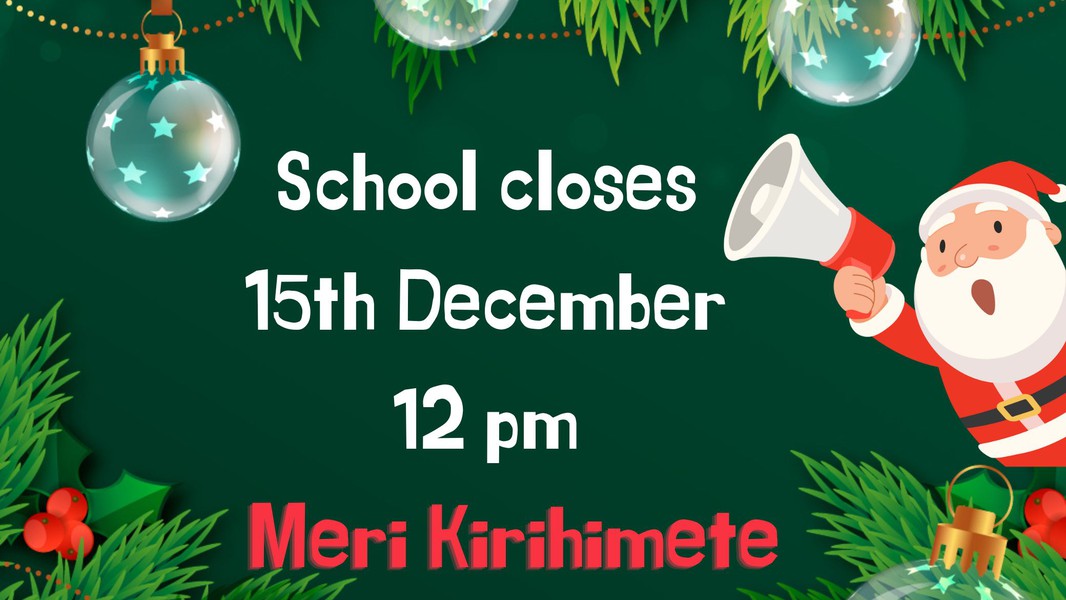 We have managed to squeeze in a few more sports events before the end of the school year.

A couple of Fridays ago, we took three TPS Touch Rugby teams to a new tournament held in Papamoa. It was pleasing to take such a big squad of rugby enthusiasts as it provided an opportunity for lots of students to represent TPS on the rugby field. The majority of the players had never played touch rugby before, but they learnt the game quickly, and both our Year 3 and 4 Mixed Team, and our Boys Only Team made the grand final for the respective grades. Both placed 2nd overall, plus Lorenzo Gee and Mikaere Rae-Bidois received ‘Best Player on the Ground’ medals for their fantastic effort throughout the tournament. He kaha nui!

Last week was a busy week with the WBOP Athletics Championships and the Girls Only Super Smash Cricket Festival.

Six of our top athletes represented TPS, and the South Cluster, at the WBOP Athletics event, where all of the best primary school athletes in the region compete at the Tauranga Domain. Whakamihi to Oliver Preston who placed 3rd in the Year 5 Boys Discus, and Tessa Baxter who placed 3rd in the Year 6 Girls 800m race. This is an amazing achievement.

The Girls Only Super Smash Cricket Festival focuses on developing girls’ confidence and cricket skills in a fun environment. Our team of Year 5 and 6s had a blast at the tournament winning three of their four games, all in colourful tutus and with loads of enthusiasm.

A reminder that all TPS sports uniforms and equipment must now be returned to the school sports office in the Tech Building.

Nga mihi to all parents, siblings and ex-TPS students who have generously donated their time to coach and manage our sports teams throughout this year. Without your support, primary school sports would not be possible.

I am slowly receiving information for sports in Term 1 2023. TPS will enter teams into the following local sports leagues:

Further information will be available in January 2023, and registrations will open in week 1 of Term 1 on the school shop. If you have any questions please contact me via email at sport@tauranga.school.nz 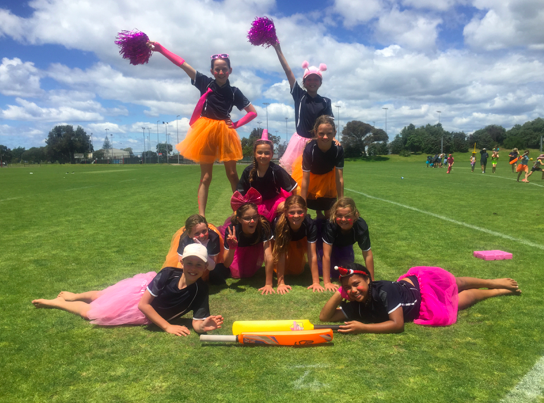 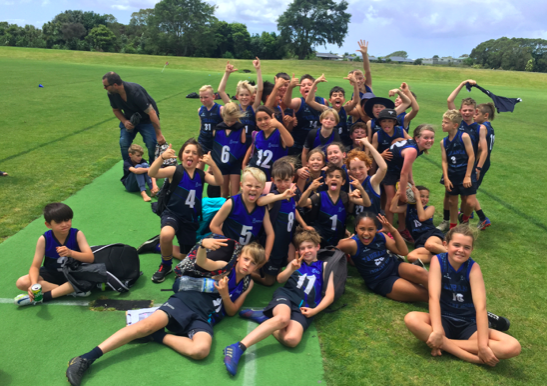 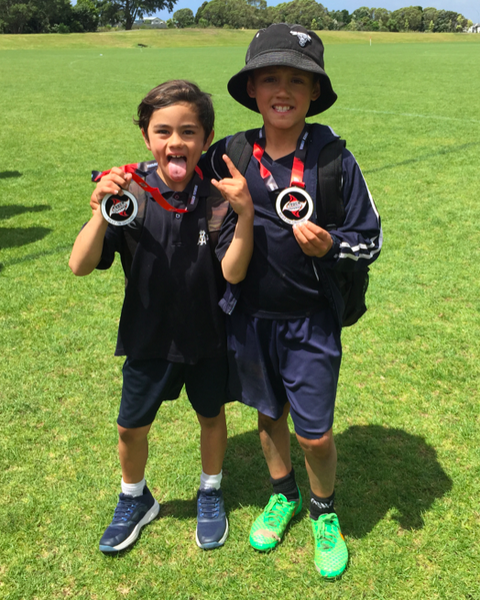 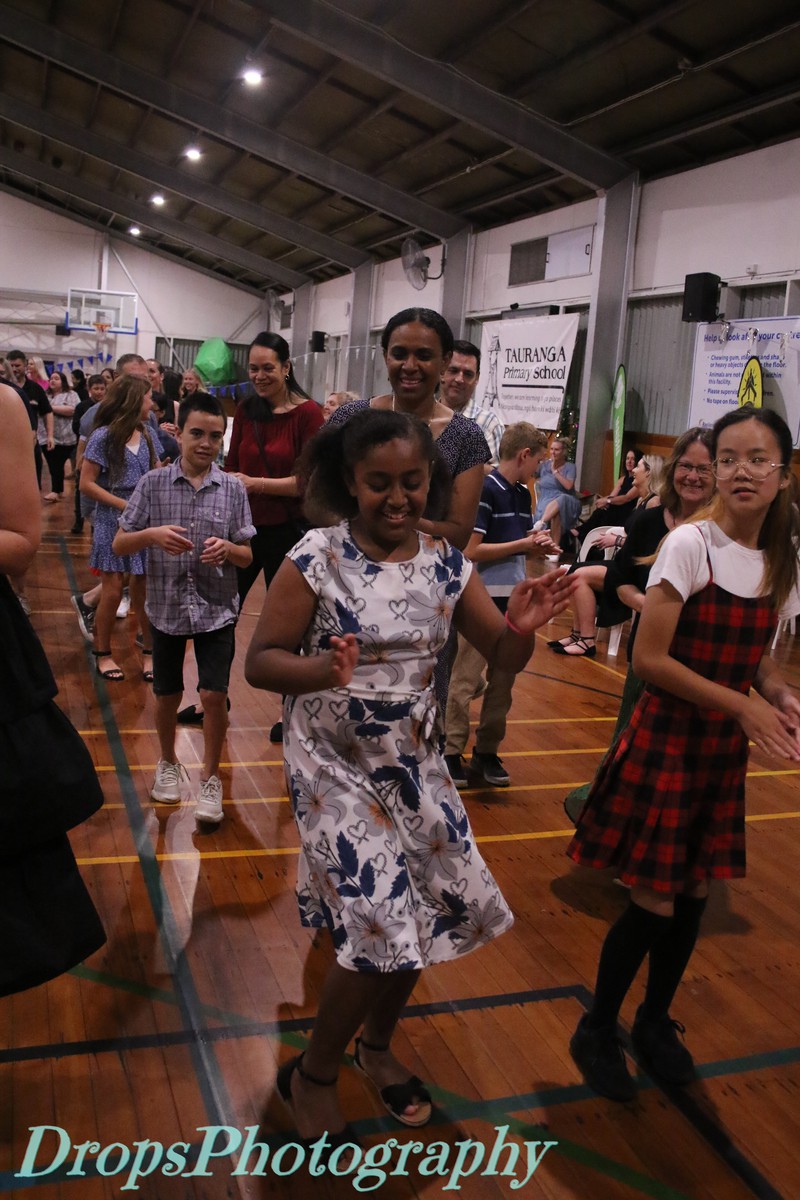 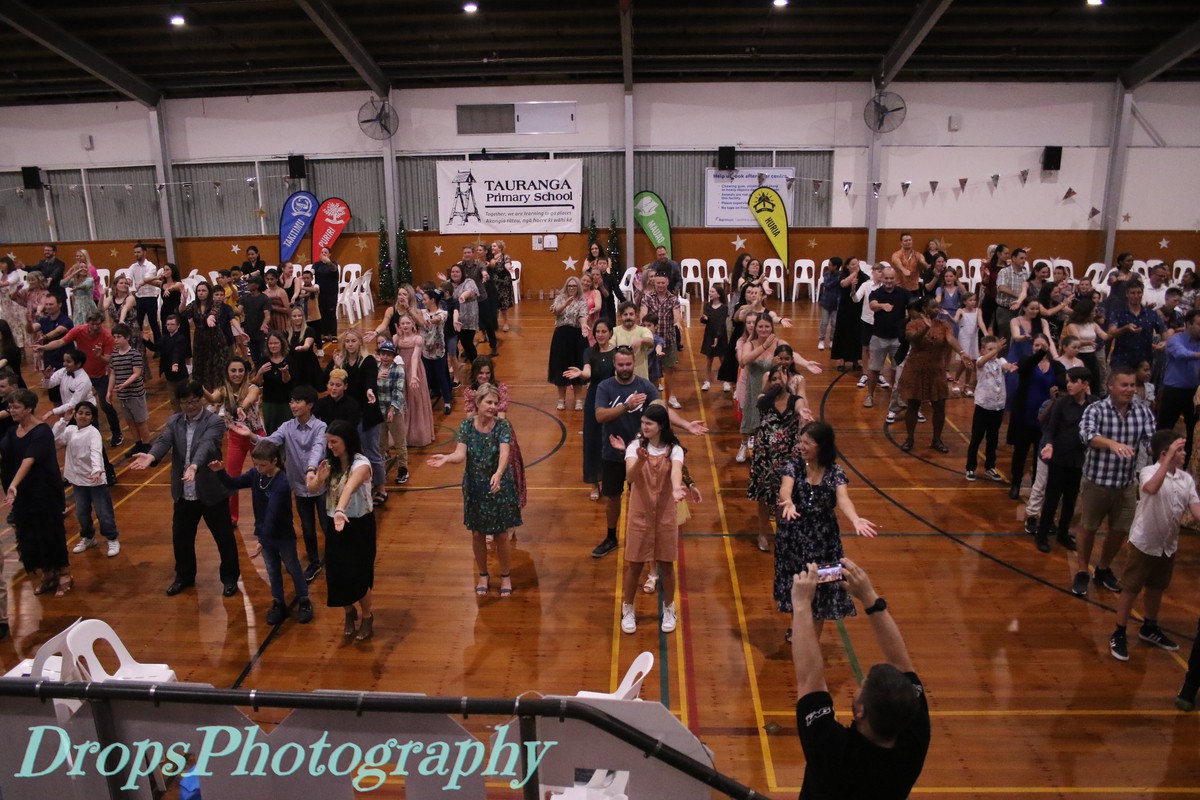 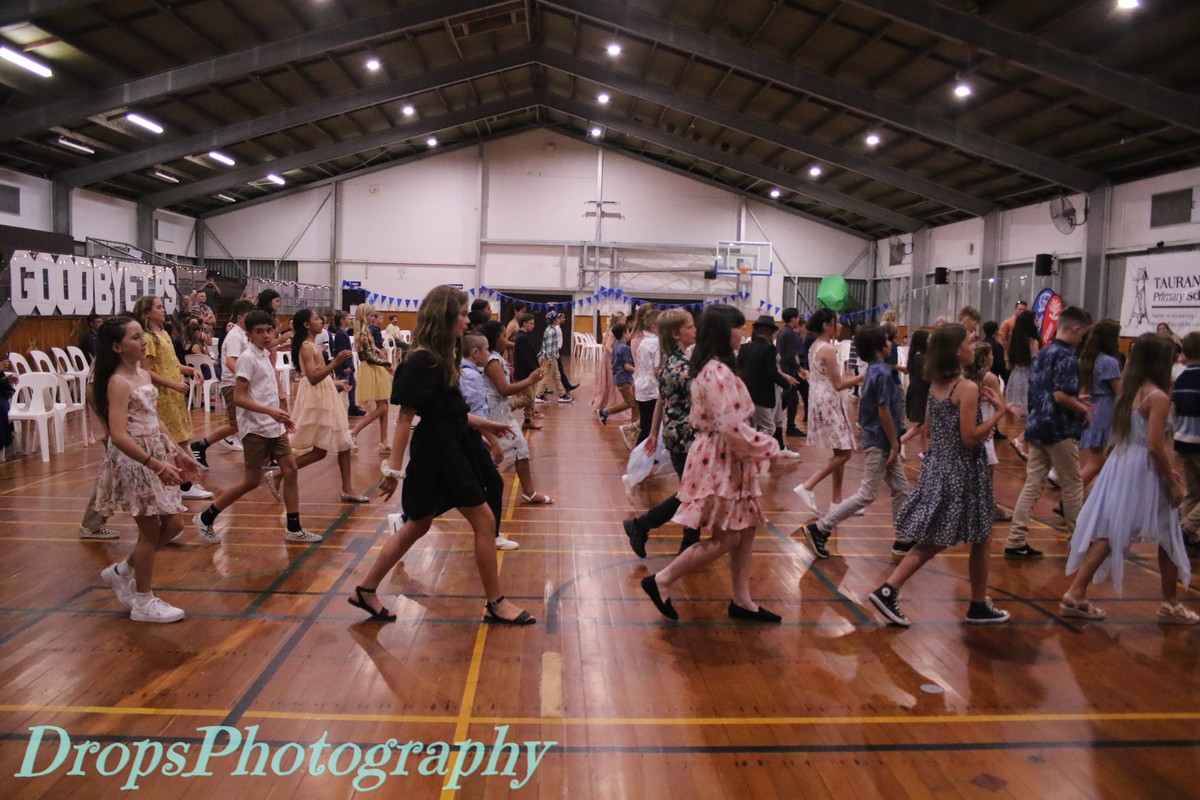 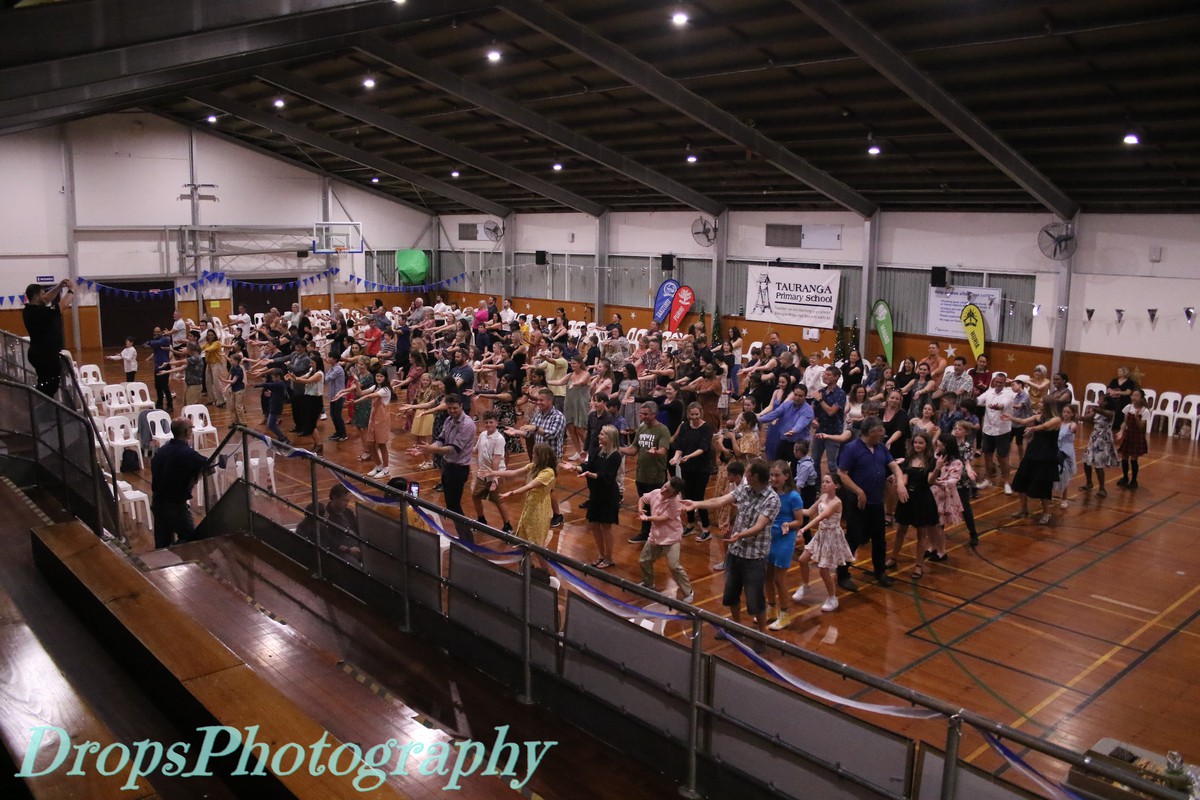 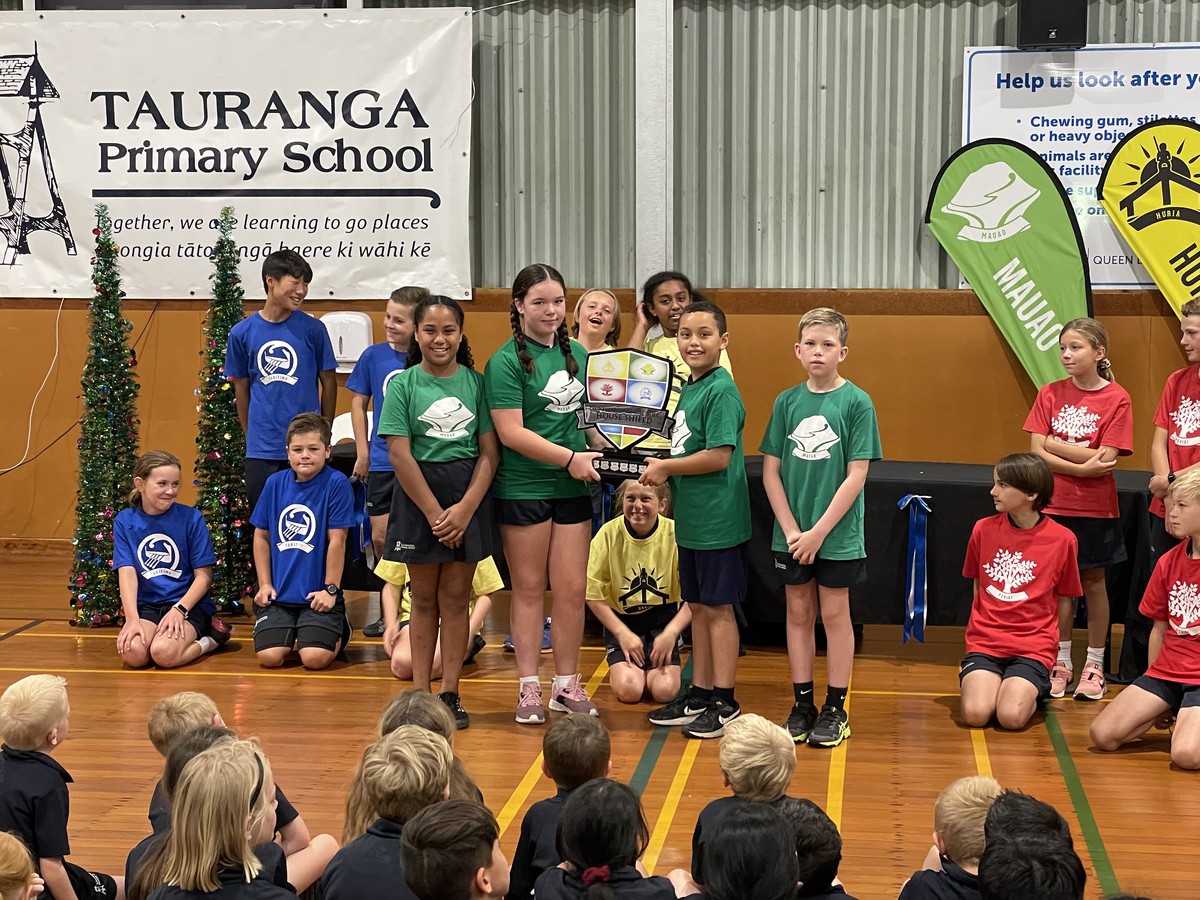 We are very pleased to announce that our book, THE T.P.S. WAY, written and illustrated by 2022 TPS students, has been professionally printed and we are selling these for $15 each at the office and school shop.

who has just moved into Arundel Street.

George decides to explore TPS after hours and gets lost.

Every class/whānau group created a page/illustration for the book and a core group of senior students researched and constructed the text. A group of senior students, with skills in art, worked on developing the illustrations of the main characters. See some sample pages below. A copy of the book is available to view in the school office. It is a very special memento of the 2022 school year and it would make a great Christmas gift. 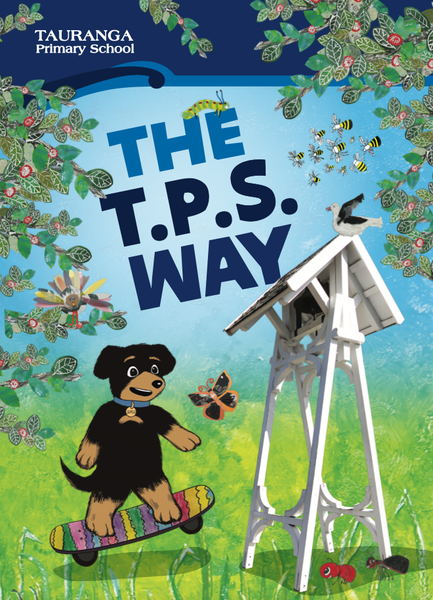 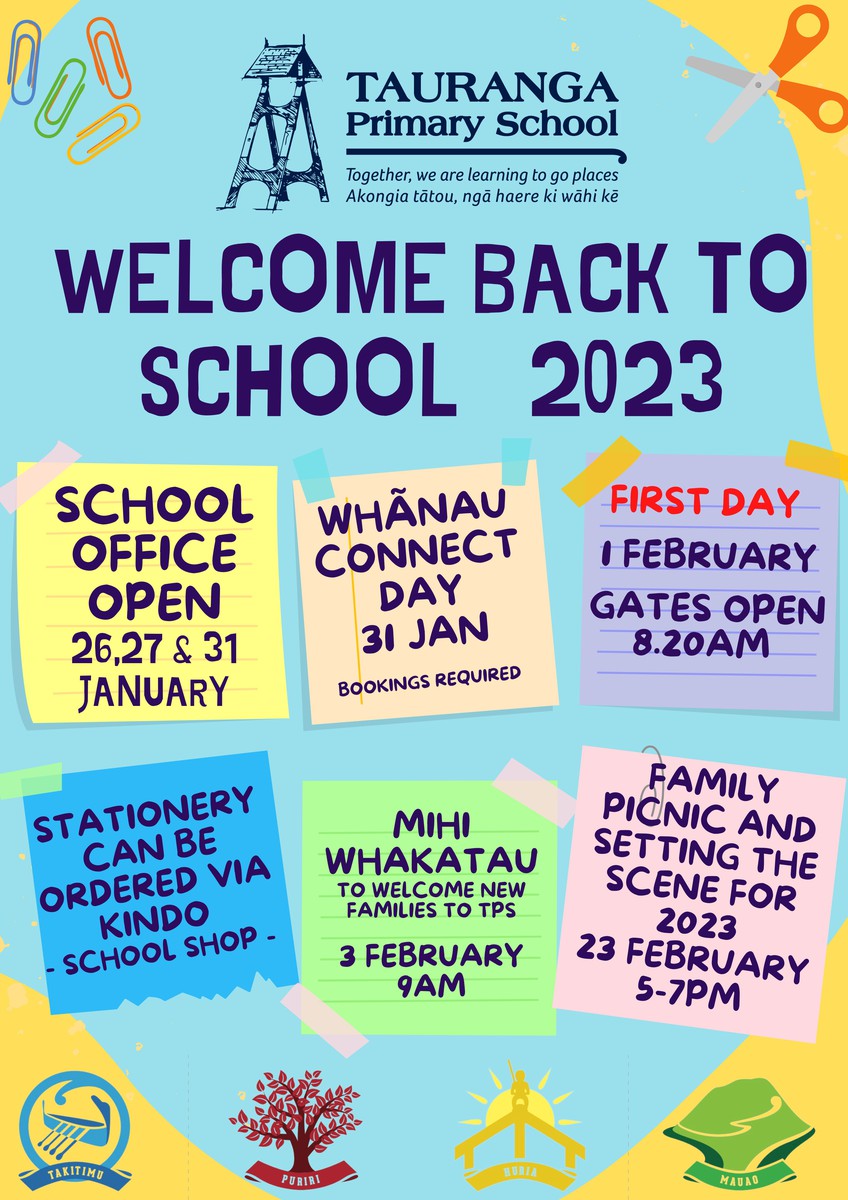 To start the 2023 school year, there will be no school fees or donations requested. The only cost that we request is for school stationery. Stationery can be purchased directly from the school and all of your child's stationery needs for the year will be provided directly to the classroom.

Your child's stationery for 2023 will be entered onto their school account in early January.

There are three ways you can pay:

We have negotiated with our suppliers excellent stationery prices.

Late enrolment applications for Term 1, 2023 will be considered on 20th January 2023

Notice for Families leaving the school

If your family is leaving our school and has been using Kindo, please make sure to stop any regular automatic payments that have been set up before the school year finishes. You may also need to transfer or close your account which can be done as follows:

If you are wanting to withdraw your Kindo account balance or make a donation that exceeds Kindo’s threshold (currently more than $10,000 total within one year), Kindo may need to undertake some identity checks on you to comply with its obligations under the Anti-Money Laundering (AML) and Countering Financing of Terrorism (CFT) Act 2009. Please action the withdrawal or donation in your Kindo account as outlined above and if these AML checks are necessary Kindo will advise of the next steps required in this regard. Kindo has endeavoured to make this process as pain-free as possible and appreciates your patience.

We have had enquiries from families that missed ordering their child's class, individual or/ family photos. You can still purchase these and you will need to contact Photolife directly to arrange this: 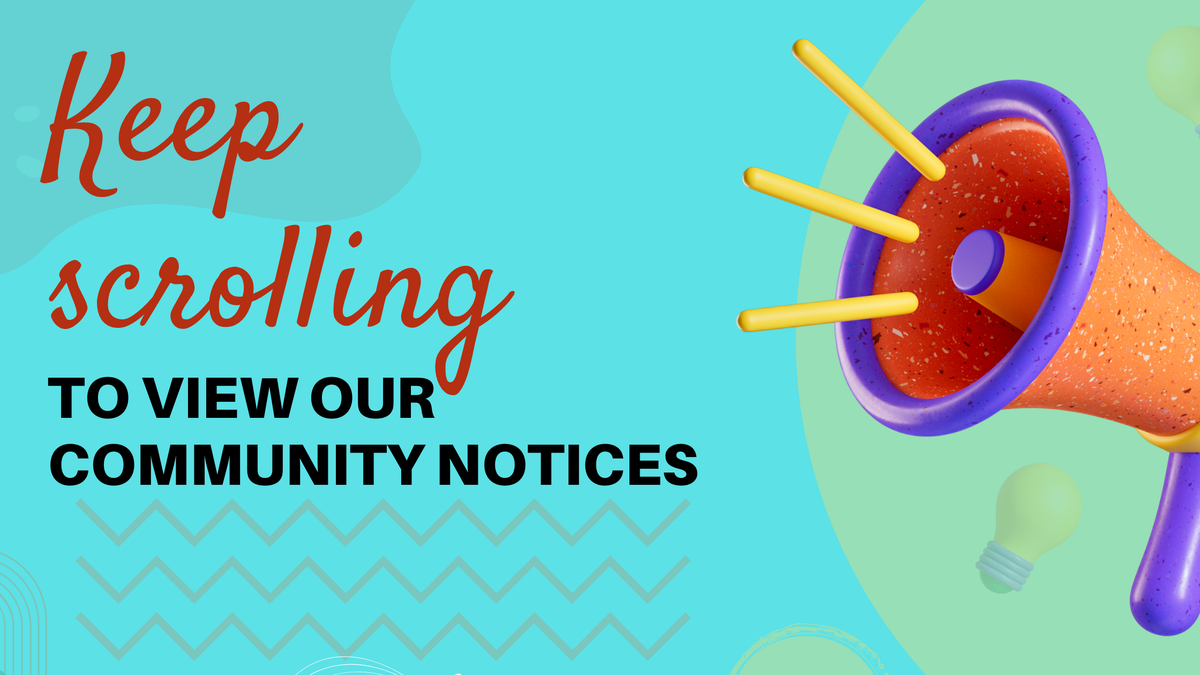 Please support these businesses that support us: 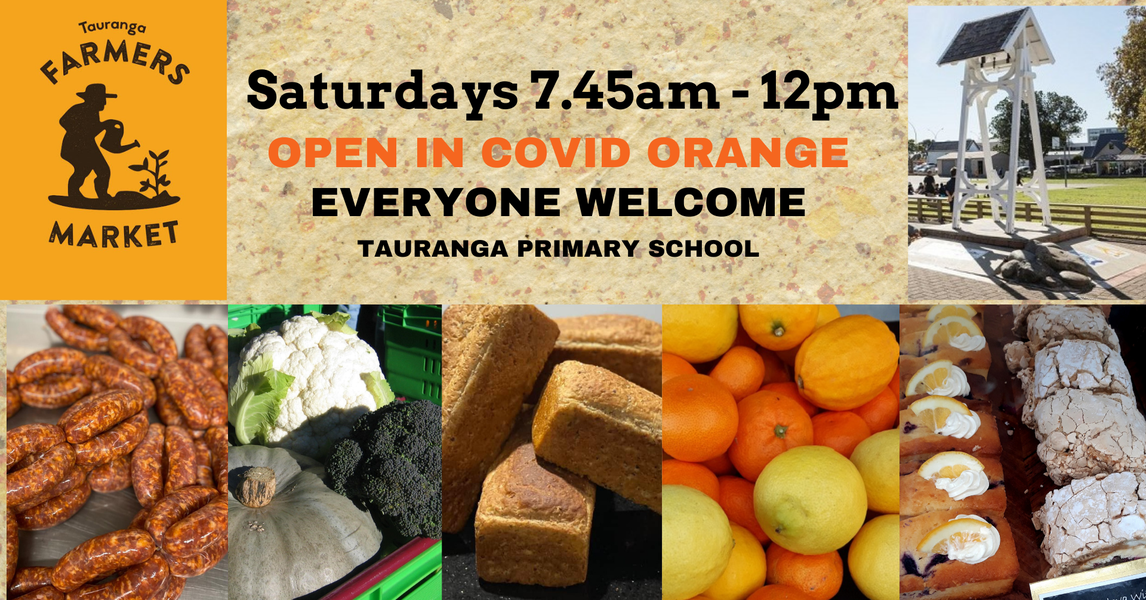 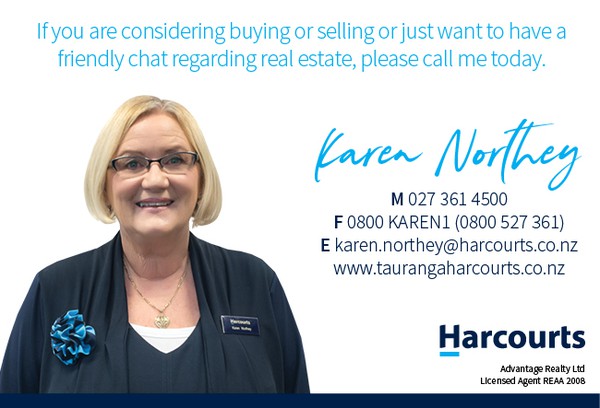 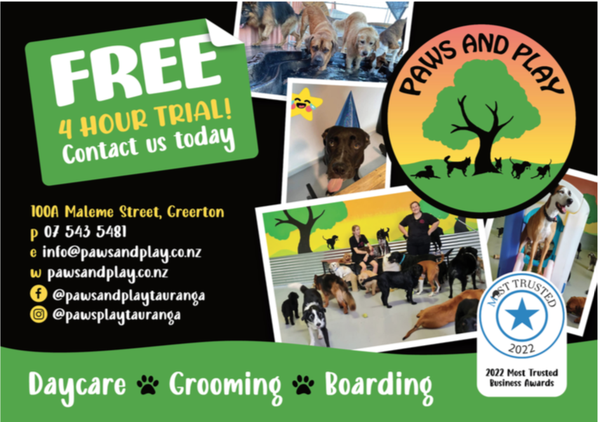 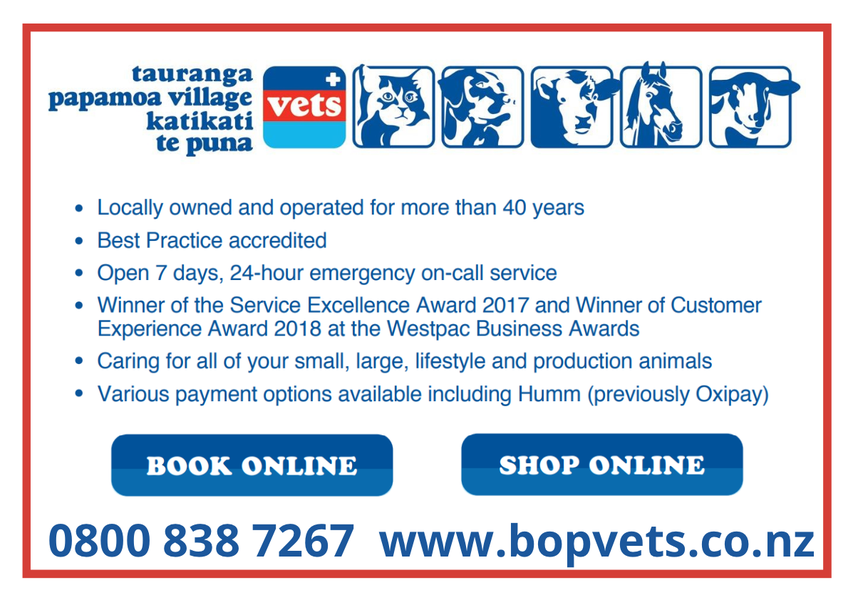 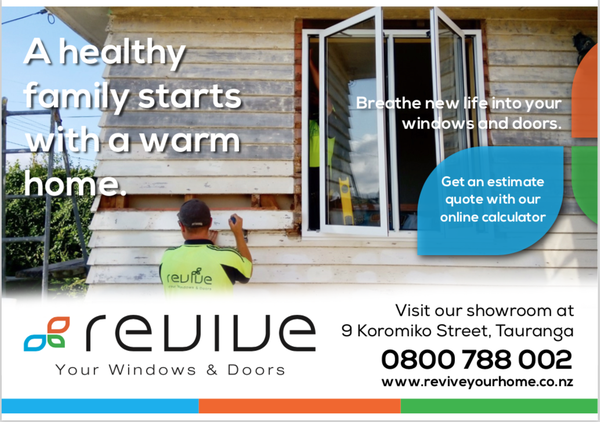 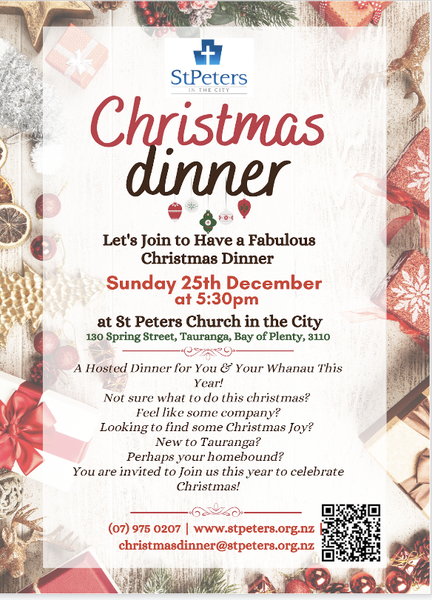 All inclusive event, including live music, Carol singing, a full traditional roast dinner, with salads, desserts, and drinks. All guests who attend receive a gift of their choice. If your whānau isn't sure how your going to afford to celebrate Christmas this year, or perhaps you don't have whānau close by - come and join us at St Peters to celebrate. All WELCOME. Taxi service & home deliveries available. Please register your interest as a guest or as a volunteer/supporter online at

We also need donations of food items & volunteers to help serve on the 25th. 300+ meals

The Tauranga Moana Bomb Comp is a free event to celebrate the start of the school holidays, with the beautiful backdrop of Te Awanui Tauranga Harbour. The event will take place on Sunday 18 December at the wharf on Tauranga's waterfront, between 12pm and 3pm.

Free Mr Whippy Ice Cream and a sausage sizzle will be on offer for those who are there early, with live music from the John Michaelz Black Brothers Band from 3pm to 4pm, after the winners are announced.

Hads Te Huia from Bomblife New Zealand will host and judge the bombing competition, along with some of his respected peers. Entries are limited, so sign up quickly to secure your spot! 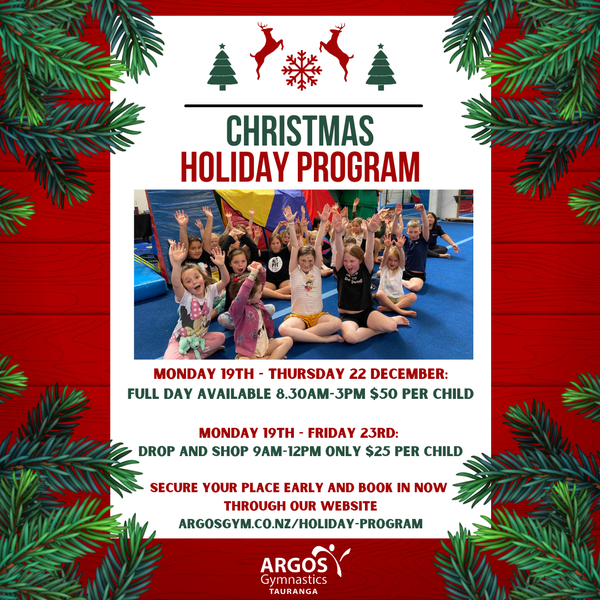 Translate function for our newsletter