Fifth graders brainstormed apps they use in everyday life, and categorized them by looking at the purpose behind each one. Last week they viewed a short clip about a teenager who created an app called, "Sit With Us." The purpose behind it was for students who were new to school or didn't have a place to sit in the lunchroom to now have a plan before stepping foot in there. A person could go on that app and sign up to sit at a host table. The host makes a pledge to be kind to all who sit with them and facilitate everyone getting to know each other. Ask your student about this idea for an app.

As a result, your scholars have come up with an idea for their very own app based on an intellectual trait. They are creating a proposal to pitch their ideas for apps, which includes slogans, catchy name, icon, and write up with reviews. Next week, these will be finalized and then students will present their ideas for apps in a "Shark Tank" type atmosphere.

Fourth grade scholars spent the week practicing inferencing and proof writing with logic problems. Ask them about some of the symbols you see below and what they mean.

After that, they continued with goal setting for GT LEAD. These are different than the SMART goals they make in their homerooms. Those are measurable. For example, a student might want to raise his average in science up by 3 points. In GT LEAD our goals are behavioral, and we focused on becoming self-regulated learners, which is a component of GCISD's Portrait of a Graduate and LEAD 2021. We brainstormed things in our world that we regulate, and then we reflected on ourselves and behaviors or habits we regulate in the classroom. We thought of ways to document our progress. Ask your child about the goal he/she chose. 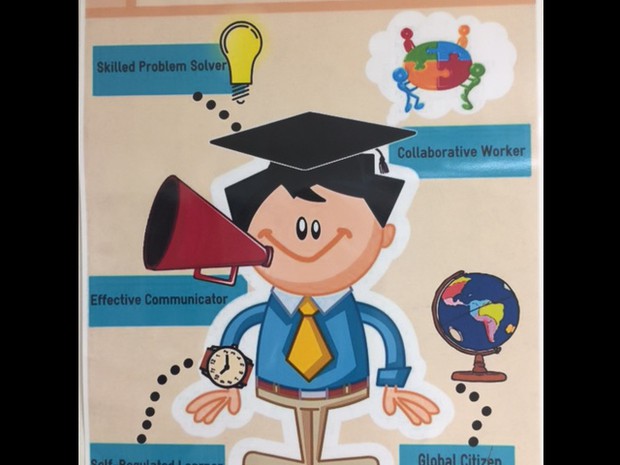 Third Graders have begun thinking about future careers and are trying to "see themselves" in one particular path. They have begun researching one career and are using QR Codes that will take them to kid friendly search engines and websites. Ask your child what he/she would like to be when he/she grows up.

Second Grade scholars warm up with Puzzabilities, which gets them deducing in a quick time crunch. Next, they continued to think about "play on words" with multiple meaning words. They used mirrors to brainstorm multiple meanings of the word "reflect" and eventually made connections with the purpose behind reflecting on their own work in GT LEAD each nine weeks. Students set up ePortfolios for their GT LEAD work and will finish adding a selection next week. Students have also been getting familiar with an app called Doceri, where pictures can be uploaded and students can record their thoughts regarding each slide.

We practiced brainstorming and discussed how some words can have multiple meanings. Ask your First Grader what word we brainstormed. They also completed their first draw start, which forces them to think up multiple possibilities of what a shape or squiggle could become. Their goal is play with perspective, come up with a one-of-a-kind idea, and see possible potential. They also worked on deductive reasoning with XVOs.