lucas is using Smore newsletters to spread the word online.

Get email updates from lucas:

By Ivy Rucman By Lucas P

By Ivy Rucman By Lucas P

The two main character's are Dan and Arthur. Dan is a doer not a thinker. Dan also like bike's. Arthur is a thinker not a doer. Arthur also like book a lot.

Dan left Ryan in the tornado but he save him by grabbing him from his room. Arthur did not know if his family was alright or not. 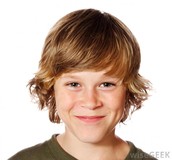 AS Told by Dan Hatch. It tells what Dan likes and what Arthur likes. It also tells about Dan and Arthur's families. Five o'clock: Dan and Arthur went to school. Dan's aunt is one of the teachers. Six o'clock: The family had a feast. Arthur spent the whole day with Dan at his house. Seven o'clock: Tornado sirens were going. Also Aunt Goldie was gone that day or the next or the next? Eight o'clock: The tornado is right next to their house. Also the lights went out when I just got to Ryan's room. Nine o'clock: The tornado just hit them. When they woke up everything was gone. The Next Hour or So: Stacy found them in a hole. They found Dan's mom and she let them go find Mrs. Smiley. Later on, they found Mrs. Smiley sleeping in the basement. Also, she sleep through that whole entire tornado. Eleven o'clock: The cops rescued them. They also got into another tornado while driving in the car. Midnight: They got put in jail. They also saw jets flying over there heads. Early Morning: Dan except jail and found his family. As remembered one year later. The family got back together and they got a new cat, Minerva 2.

Dan's family live in a small town in Grand Island, Nebraska. After the tornado, Dan's house had a big whole in it from the tornado. All the wall were broken down. Every part of everyone's house was scattered everywhere. Their whole neighborhood was gone and all they could see was broken down houses!

lucas is using Smore newsletters to spread the word online.