Taehee is using Smore newsletters to spread the word online.

Get email updates from Taehee:

Where is Middle Earth

Where is Middle Earth

So where is Middle Earth?

Have you ever wondered, where J.R.R. Tolkien's magical Middle Earth might be? Where adventure and danger lies, Middle Earth was the stage for all of J.R.R. Tolkien's novels, e.g. The Silmarillion, which had been a worldwide phenomenon and a start of the new age of fantasy books. Peter Jackson, the director of all J.R.R. Tolkien movie, had chosen New Zealand for the background of the movie. However, I disagree. I have concluded with numerous amount of research of trustworthy sources, that the Middle Earth, is based on Republic of Ecuador. 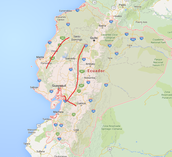 First of all, the Middle Earth and Ecuador are geographically identical and corresponding to each other. Pray take a look at the outline of the two geographical features. You would notice that the shape, is almost exactly the same. Also, take a look at the mountain ranges outlined in red, and you will find that they are almost identical. Even the most obscure features of the Middle Earth e.g. Mirkwood, can be located by using average rainfall data. As described in the chapter 8 of The Hobbit, it had rained a lot in the Mirkwood. Also, there is a chance that where there are a lot of rainfalls, trees grow much and populate the area. 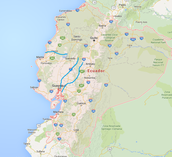 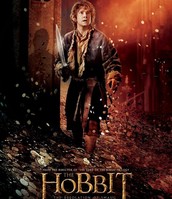 Very short. Called halfling throughout the south of the Middle Earth. 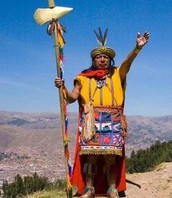 Very short. Almost half of a European human.

The most interesting similarity that I have found is that the people there are very similar. The main character of The Hobbit, Bilbo Baggins, is a Hobbit, also called a halfling, as their height is half of a normal man's, and the Hobbits populate the Shire, west of the Misty Mountains. The Incans, living in Ecuador, west of the Andes mountains, are almost half in height as a normal European human who had colonized it, as shown in the photo. Also, in the first Chapter of the Hobbit, J.R.R. Tolkien had said that "they have become rare and shy of the Big People," and that you don't see much of them anymore. After the Spanish came, the Incans perished because of their lack of weapon and their vulnerability to diseases. Some that remains still lives traditionally, mostly in the mountains. There are so much of a similarity between the people of the Shire and the people of the Ecuador. This is the most significant proof that Middle Earth is indeed based on Ecuador.

People might say that the mountains and the rivers aren't exactly matching, and that river locations relative to mountain locations does not match. Also people might say that the cultures of Hobbits and Incans are different, that Incans didn't live in hole. However I altercate that authors can use their own imagination and can add features as they need. Books always might be based on someplace, which gave an author an "inspiration", which may expand and put more fantasy and magic into it, and turn in into a magic land. If J.R.R. Tolkien had used all of the features and cultures of Ecuador, there might have been no magic, no mystical mountains, and no dragons. Imagination, magic and danger is what creates a book, not halcyon, calm society where no adventure happens. The famous inventor Thomas Edison once said, "genius is 1 percent inspiration 99 perspiration" what creates a great book is the altering of the "inspiration" into an adventure, which takes perspiration. This book wouldn't have been The Hobbit if there was no author's extensive labor, because that's what creates this book.

Ecuador, where peace and calmness dominates, the trees and mountains and rivers where harmony grows and rules. J.R.R Tolkien had turned the place into somewhere magical, with adventure and danger, where only the daunting and the strongest survives. It was his imagination that changed this place into place of adventure, over the Misty Mountains and the Mirkwood, into a long abandoned palace now a dragon lair. Ecuador was the base for this inspiration, like a flower yet to blossom. The rivers not yet evil, mountains not yet magical. It was Ecuador, where The Hobbit was born.

Taehee is using Smore newsletters to spread the word online.