The first stakeholder workshop of the TOURiBOOST project in Budapest was held on 6 May 2019, with the participation of the following partners:

The above participants represent the selected geolocations on the one hand (the Inner-City Parish Church and Március 15 Square were represented by Mr. Mihály Aranyossy, Tourism Development Manager of the Church, while Aquincum Museum, the Roman Bath Museum and the Civil Town Amphitheatre were represented by Ms Katalin Lengyelné Kurucz, Head of Public Relations in the Museum). On the other hand, several stakeholders were present on behalf of tourism development authorities from national (Hungarian Tourism Agency), city (Budapest Festival and Tourism Centre) and district level (Esernyős Cultural, Tourism and Information Point in Óbuda). Since the aim of the TOURiBOOST project is to ensure the seamless integration of new products and services in Budapest’s heritage tourism, we also found it very important to involve tour guides (both MIE and individual guides) who play a key role in developing new itineraries and services in the city.

The stakeholder meeting consisted of two parts. Budapest’s Roman heritage assets located in District 3 (with the Aquincum Museum and Archaeological Park as the centre) are relatively well known on the local level. The Inner-City Parish Church however is a relatively new attraction in the tourism market of Budapest (it was being renovated for many years) and, being a catholic church, even tourism experts are usually unaware of its Roman heritage resources. Since the project is being developed around two core components (Roman heritage in District 5 and Roman heritage in District 3), we found it essential that all stakeholders become familiar with all these assets, thus the first part of the stakeholder meeting took place in the Inner-City Parish Church where Mr Mihály Aranyossy, the tourism development manager of the institution, showed the participants around in a unique guided tour, offering access not only to the generally open areas of the building, but also to the areas that are currently being redeveloped as tourist spaces. 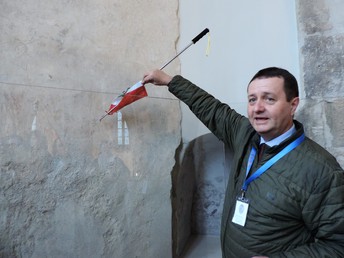 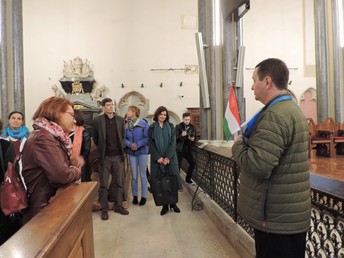 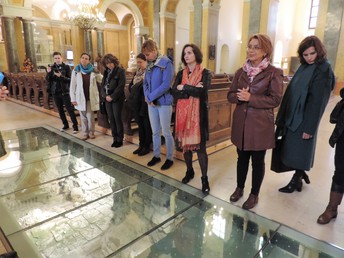 The visit was very successful in the sense that all stakeholders received a much clearer picture of the cultural and historic significance of the Inner-City Parish Church as the oldest church in Budapest, i.e. the cradle of the city, and its current involvement in attraction development.. Due to its central location, the church may serve as an excellent starting point for new thematic tourism products in Budapest.

Following the very informative visit to the Inner-City Parish Church, the stakeholder group moved to the nearby Piarist Grammar School to continue with the workshop. After a few welcome notes from Mr. Mihály Aranyossy, Dr. Tamara Rátz, Head of Tourism Department at Kodolányi János University presented briefly the TOURiBOOST project, mission, aims and its participants, as well as the progress done so far during the Konya kick-off meeting and workshop and during the Budapest workshop and study visits.

In the next stage of the workshop, the various participants presented themselves and their engagement with both tourism in Budapest and the Roman heritage of the city. Most stakeholders have already worked together in various other projects, but new connections were also made during the event. In order for everyone to become familiar with the current situation of the tourism use of the key Roman heritage assets of District 3 (the other core area of the TOURiBOOSt project in Budapest), Ms Katalin Lengyelné Kurucz, Head of Public Relations in the Aquincum Museum and Archaeological Park, made a very informative presentation of the current situation including the range of Roman attractions located in the area, their actual use and the plans for their development, as well as the obstacles and difficulties faced by the Museum. 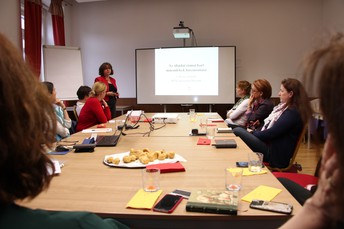 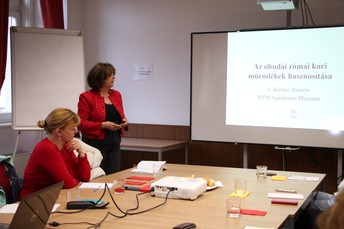 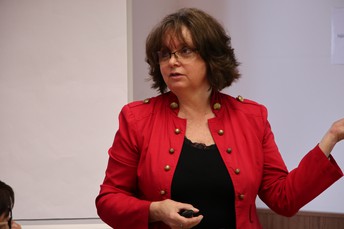 This presentation also gave the stakeholders the opportunity to comment on the current issues associated with the tourist use of Budapest’s Roman heritage using their own unique expertise and viewpoint, resulting in an interactive discussion that helped all of us understand the challenges faced by the TOURiBOOST project. Although the active engagement of the workshop participants created a certain difficulty in following a pre-planned workshop structure, the information shared proved to be exceptionally valuable. The discussion only partly followed the logic of the questionnaire survey, since the questionnaires were already filled by the majority of the participants (and the remaining stakeholders also promised to do so in the near future). 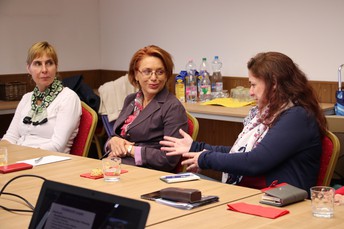 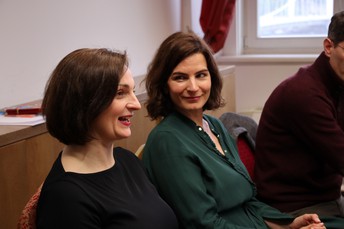 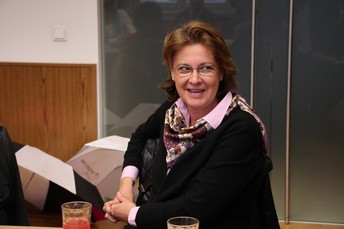 The workshop closed with each stakeholder elaborating on their future participation in the TOURiBOOST project. The overall idea was welcomed by all the participants, since they all acknowledged that the project has the capacity to create new, innovative approaches to the use of Roman heritage in Budapest. The Budapest Festival and Tourist Centre has been planning to introduce a new type of city card system, i.e. to renew the existing Budapest card, and since theming is a key element of the proposed new system, they saw the potential of the Roman heritage as a possible theme for their own initiative. Some of the participating tour guides have already started thinking about how to best include the Roman story in their portfolio, understanding that it could provide them with a competitive service, especially in the private guiding market. Various suggestions were also formulated such as investigating successful case studies abroad in order to learn from their experiences, facilitating access to tour guides to all participating assets, and using the future viewpoint in the Inner-City Parish Church (which is currently being developed in the tower) as a starting point for learning about Budapest’s Roman heritage.

Follow Tamara Ratz
Contact Tamara Ratz
Embed code is for website/blog and not email. To embed your newsletter in a Mass Notification System, click HERE to see how or reach out to support@smore.com
close