carly is using Smore newsletters to spread the word online.

Get email updates from carly:

One of the causes of World War 1 would be Serbia's revolt from Austria Hungary. Austria Hungary's archduke Franz Ferdinand was assassinated by a young Serbian boy on the 28th of June, 1914. This angered Austria Hungary, so they declared war.

Another big cause was fear. The countries kept making alliances, which intimidated the other countries. There was the Triple Entente, which included France, Britain and Russia, and the Triple Alliance between Germany, Austria Hungary and Italy.

Nationalism and imperialism also was a big contributor to World War 1, each of the countries believing that their ways of life were better than everyone else's. 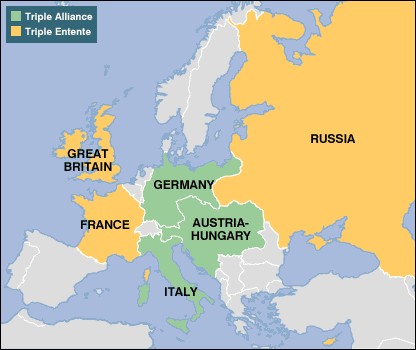 As soon as it was announced that Britain would be involved in the war, Australia was dragged in too. The Prime Minister of Australia at the time, Andrew Fisher, pledged that Australia would fully support Britain.

The first major role that Australia played in war was the landing at Gallipoli on the 25th of April, 1915. Their aim was to gain control of the Gallipoli Peninsula. By doing this, they would have control of the Dardanelles. meaning they would be able to ship supplies to one of the allies, Russia. From the moment the Anzacs landed at Gallipoli, it was a failure. For one thing, they arrived at the wrong spot, and were not expecting the turks to have all those machine guns pointing straight at them. The land they arrived at was also unexpected. They were surrounded by steep cliffs, giving the enemy a good, clear shot at them. Though everything about this campaign was a failure, it is where the Anzac legend comes from. Not from how well they fought, but for their bravery. Even after seeing their friends get shot down in front of them like in the battle of the Nek, the Anzacs didn't fail to follow orders and fought to the very last minute. They left Gallipoli in December, 1915. Nothing was gained from this campaign. 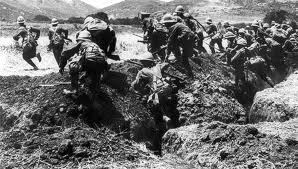 Australians were also involved with the fighting on the Western Front (1916-17), the battle of Hamel (4th July 1918) and many other fights until Germany finally surrendered on the 11th of November, 1918. 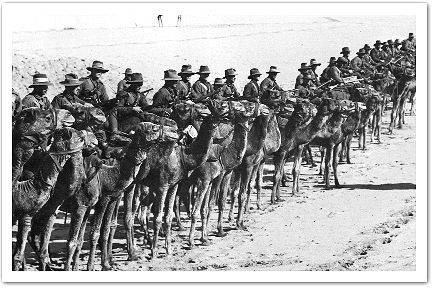 World War 1 bought a sense of national identity and pride to Australia. Though we suffered a huge loss of men, we were proud of what they had done in the war. People were proud to say they came from Australia, the country that didn't let anyone down and stayed true to their word. The country that was really brave, even in the face of death. The other countries also changed their opinions on Australia after the war.

For Australians, Anzac Day is a time to remember the bravery of the Anzacs landing at Gallipoli. Most wake up before the sun rises to go to a dawn service near them to listen to stories about the landing in Gallipoli and to hear the Last Post. We have a minute of silence to remember all the lives lost. It's very important to remember and be thankful for those who gave their lives for you to live a better and free life. 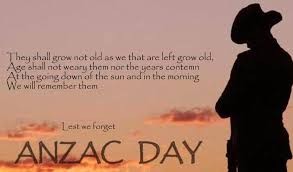 carly is using Smore newsletters to spread the word online.