Roba is using Smore newsletters to spread the word online.

Get email updates from Roba:

How much integrity do you have?

Terry Fox showed integrity,when he stood up for his goal

How much integrity do you have?

Terry Fox showed integrity,when he stood up for his goal

Terry Fox and his acts of integrity

Integrity is the quality of being honest and having strong moral principles.

Despite the fact that Terry ran to collect donations for cancer research, he did not have a penny in his pocket .Fox needed money to buy his mum a present on Christmas.However he refused to take money from these donations that exceeded $1 million dollars because he promised himself that this money is dedicated to cancer treatment nothing else but that . At the same time , he did not take this obstetrical as an excuse for not buying his mum a present on such a remarkable day .Instead he borrowed some dollars from his brother to buy his mum a present.That shows how much of integrity Fox had ! 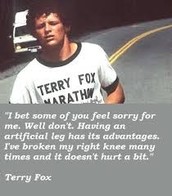 Terry Fox's Commandment to the public 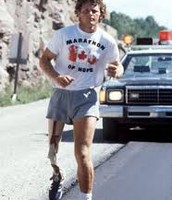 Gandhi was one of the greatest examples of integrity. A mother once brought her child to him, asking him to tell the young boy not to eat sugar, because it was not good for his diet or his developing teeth. Gandhi replied, "I cannot tell him that. But you may bring him back in a month." The mother was angry at Gandhi. One month later she returned, not knowing what to expect. The great Gandhi took the small child's hands into his own, knelt before him, and tenderly communicated, "Do not eat sugar, my child. It is not good for you." Then he embraced him and returned the boy to his mother. The mother, grateful but perplexed, queried, "Why didn't you say that a month ago?" "Well," said Gandhi, "a month ago, I was still eating sugar." 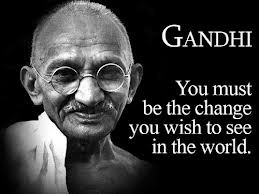 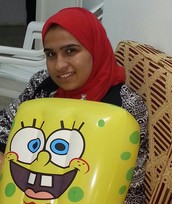 Roba is using Smore newsletters to spread the word online.