REDEFINING JEWISH THEATRE IN AN AGE OF MULTI-CULTURALISM

A MESSAGE FROM KATHLEEN SITZER OF THE NEW JEWISH THEATRE

The New Jewish Theatre of St. Louis is so excited to be hosting the 2016 Association for Jewish Theatre Conference April 3-6 with the very topical and important theme REDEFINING JEWISH THEATRE IN AN AGE OF MULTI-CULTURALISM.

Please read the following carefully for a good sketch of what is planned at the conference.

Sunday, April 3 check in is at 1pm – 5pm in the lobbies of our official hotels. Early arrivals can see the final performance of our production of the gorgeous Jon Marans play, Old Wicked Songs at 2 pm and attendees are welcome to comps. Just let me know - ksitzer@jccstl.org. The Repertory Theatre of St. Louis will be performing Satchel Paige and the Kansas City Swing and conference attendees can get 20% off with the code CONFERENCE to the matinee that day or to any other performance throughout the conference.

Sunday evening at 7 pm is the official start time with a performance of the Rep’s Imaginary Theatre Co (touring company) and their show Goodbye Marianne, a poignant and true tale of hope based on the author’s childhood experience in Nazi Germany. After the performance we will have a welcome reception with wine and hors d’oeuvres.

Monday morning April 4 our keynote speaker is renowned Broadway and Chicago director Kimberly Senior, (see below for more information on Kimberly Senior), who will address the group out of her own Jewish identity and her experience of producing award-winning multi-cultural themes such as Ayad Akhtar’s Disgraced on Broadway and Matthew Lopez’ The Whipping Man. She has also directed The Diary of Anne Frank, My Name Is Asher Lev and many others – named a director to watch by Chris Jones from the Chicago Tribune. Sessions will then build on her talk with a session on “Defining Multi-culturalism” and a panel discussing “culturally specific” theatre and how, why, and whether we do it.

Monday night we close our first day with a celebration of Theodore Bikel –may his memory be for a blessing - and who was such an important member of AJT. There will be a Gala Dinner and Theo’s music provided by a group who was very closely associated with him and clips of his movie “In the Shoes of Sholom Aleichem.” We will also honor Aaron Henne, Jon Adam Ross, and Yoni Oppenheim who received significant grants and recognition for their work in Jewish theatre this past year and who are active members of AJT. It will be a festive event open to the public.

On Tuesday April 5 we felt it important to open up a discussion of how the arts and theatre can serve as a healing factor after the events of Ferguson here a year and a half ago and in other communities who face similar struggles, which is probably all of us. This facilitated discussion will include activist clergy on the front lines (a rabbi and African-American minister) as well as representatives from local theatres who do serious multi-cultural work. Then there will be demos and workshops for us to experience multi-cultural works from multiple perspectives and workshops on various ways to engage and to support multi-cultural endeavors. And of course there is the AJT Producers’ Roundtable and Playwrights’ and Solo Performers’ Showcase. We are also excited to have a discussion with Mike Isaacson, a principal of Fox Theatricals, the lead producer of the Tony Award-Winning Fun Home by Jewish playwright Lisa Kron. Mike will talk about what is involved in finding the right show to take to Broadway.

Tuesday night we’re offering a new, more casual opportunity for playwrights to share their work called “Playwrights After Dark” in a moderated format at one of our hotels.

Wednesday April 6 in the morning will be a wonderful BRUNCH, the AJT General Membership meeting and then a wrap up from the AJT Theatremachers, our younger participants. And then we wish you l’Hitraot (‘til we meet again) as people head out at 1pm.

So I really am looking forward to this. MEET US IN ST. LOUIS for what will be a most outstanding conference!! 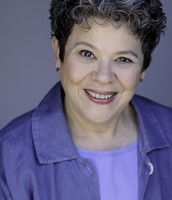 Chair of the AJT Conference Committee; Director of the New Jewish

Come Meet Us In St. Louis!! 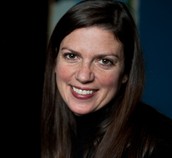 We are extremely pleased to have the very accomplished director Kimberly Senior to deliver the keynote for our conference theme, REDEFINING JEWISH THEATRE IN AN AGE OF MULTI-CULTURALISM.

Ms. Senior’s credits make her more than eminently qualified for this task. To list just a few of them she has directed the Broadway premiere of the Pulitzer Prize winning play Disgraced by Ayad Akhtar which she previously directed off-Broadway at Lincoln Center Theater. Her other off-Broadway credits include The Who & The What (Lincoln Center Theater). Her regional credits include Sex with Strangers (Geffen Playhouse); Disgraced (Berkeley Repertory Theatre, Seattle Repertory Theatre), The Who & The What (La Jolla Playhouse), Little Gem (City Theatre); Murder on the Nile and A Few Good Men (Peninsula Players); and Mauritius (Theatre Squared, Fayetteville, AR).

Her many Chicago credits include Disgraced and Rapture, Blister, Burn (Goodman Theatre); Marjorie Prime, The Diary of Anne Frank, Hedda Gabler, and The Letters (Writers Theatre); 4000 Miles and The Whipping Man (Northlight Theatre); My Name is Asher Lev (TimeLine Theatre) among many others. Senior is the Founder of Collaboraction, a resident director at Writers Theatre, and an Associate Artist at TimeLine Theatre Company. Senior was named the 2012 Best Director in Chicago by Chicago Magazine. She has been nominated for several Joseph Jefferson Awards and Citations, was a finalist for both SDC's Zelda Fichandler and Joe A Callaway Awards and is the recipient of the 2010 Excellence in Teaching Award from Columbia College. Senior is a proud member of SDC.

As for addressing the topic Ms. Senior writes, “I'm excited to talk about race and representation and who has the right to tell what story. Is it our obligation as Jewish artists to tell Jewish stories? How does our work expand when other perspectives come to bear? Can I direct A Raisin in the Sun?"

Last year our pilot inaugural “Monday before” event honoring the victims and survivors of the Holocaust involved more than a dozen theaters, universities, Jewish organizations and embassies throughout the U.S.A. Each selected their choice of a play to read from our NJTF Holocaust Theater Catalog (htc.miami.edu). All followed their reading with a conversation or panel discussion that included their audiences. These simultaneous events took place in San Diego, New York, Atlanta, Washington D.C., Chicago, cities in Florida, affirming the unique power of theater in Holocaust awareness and education.

Please go to njtfoundation.org and find Remembrance Readings. You will be able to read more about this program and find a form to register your organizations information. This project is greater than any one institution and invites collaboration among Artists, Educators, Holocaust Memorial Organizations and all people who collectively wish to use theater as an artistic and moral compass that educates and inspires current and future generations.

Thank You and if you have any questions please ask them using NJTF website.