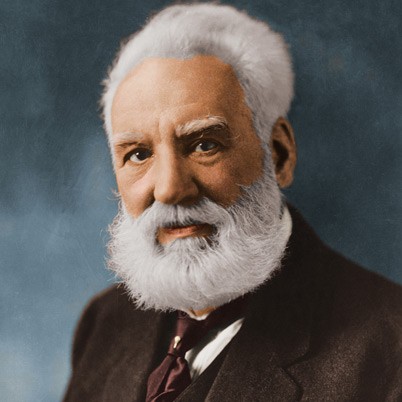 Alexander Graham bell made the telephone

mr bell with his telephone

in 1869 when Bell was 23 he and his parents moved to canada.He was widely credited with the invention of the first practical telephone in 1876.

bell studied the human voice and worked with various schools for the deaf mainly because his mother and wife were both deaf.