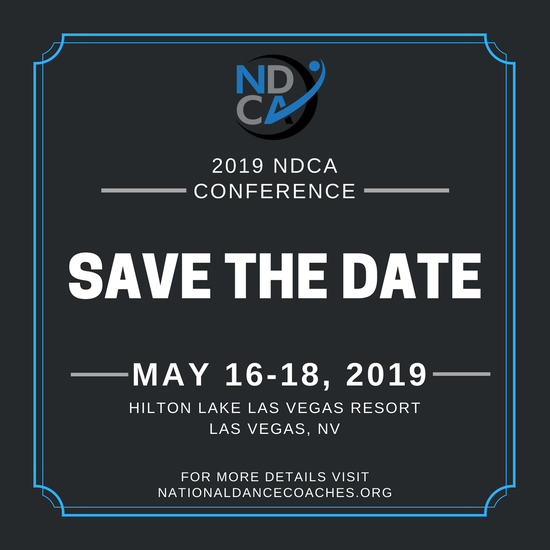 Over 100 dance coaches from across the country joined us for the inaugural NDCA Conference at the beautiful Hilton Lake Las Vegas Resort. Our innovative speakers inspired us with their insight and passion, new and old friends drank wine by the fire pit, coaches scheduled a (reduced price) massage, some saw the jaw dropping Le Reve show at the Wynn, and we all basked in the sunshine and relaxing resort atmosphere.

We especially enjoyed honoring our own at the fancy Gala. Gussie Nell Davis and Dr. Kay Teer Crawford were inducted into the NDCA Hall of Fame, and coaches were presented with service pins - 5, 10, 15, 20, 25, and 30 year pins were awarded to almost 90 coaches from across the country. The food and drinks were delicious, and the time spent socializing with others just like us was priceless. The respect, admiration, and support in the room that night was palatable.

Thank you to those who invested in themselves and their coaching to join us. If you weren't able to attend, don't worry, we plan to do it all again bigger and better in May, 2019. Mark your calendars now! Soon, our registration app will be up and running. It will have everything you need to help plan your dance coach get-away! 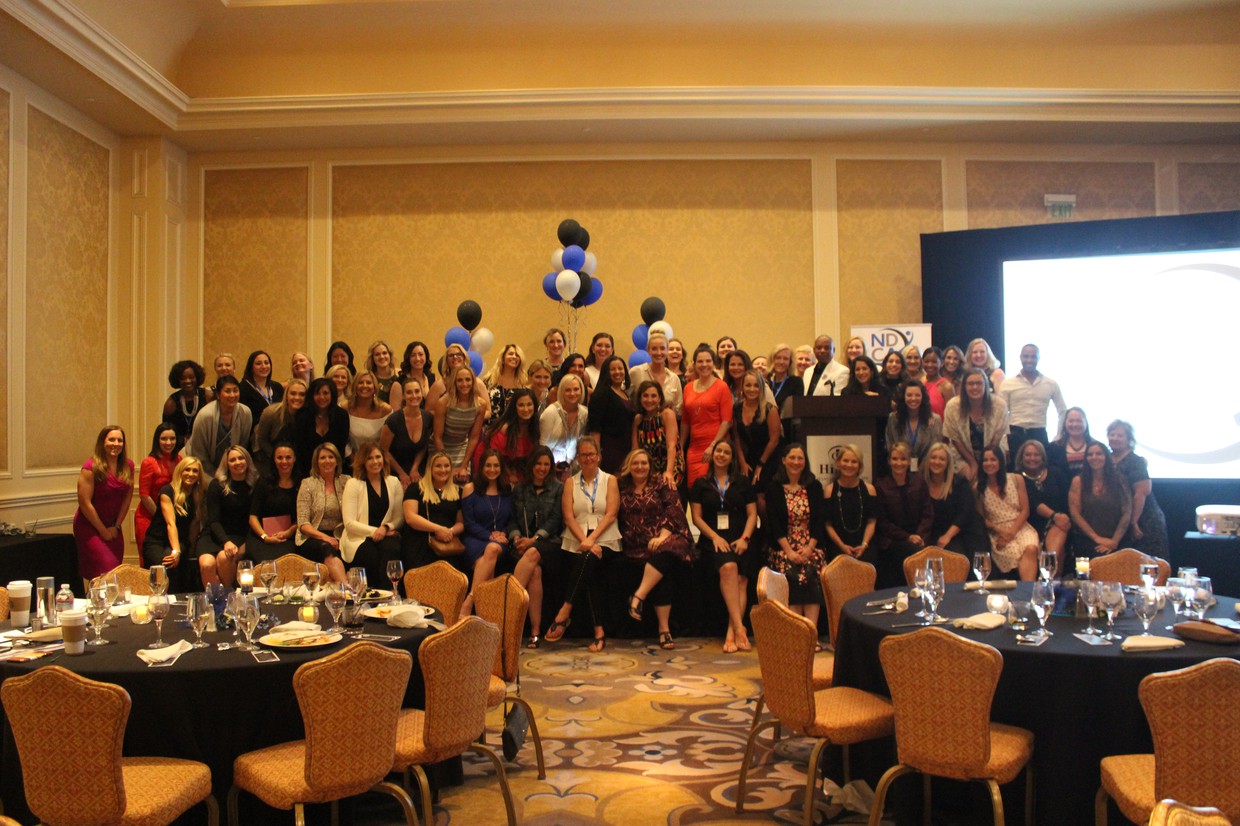 Do you have an idea for a GREAT conference speaker?

Please email us at nationaldancecoaches@gmail.com. We are looking for cutting edge, out-of-the-box people who can educate and inspire us! Please share the person's name, area of expertise, and contact information. 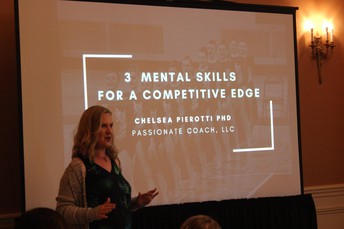 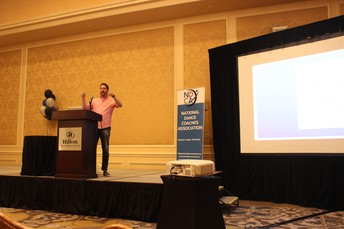 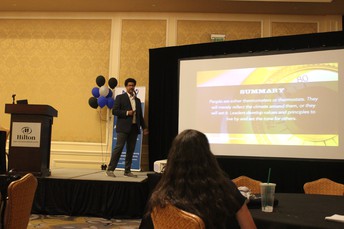 Thank You to Our Partners!

Our conference was a success because of the support from our partners. Please click on the link below to find a dance team-related company who has what you need!

Being a vendor in a big exhibit hall can be a boring experience unless you are surrounded by lively dance team coaches playing a game to win fabulous prizes. Congratulations to all of the winners of the scavenger hunt! 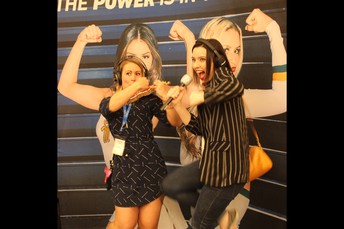 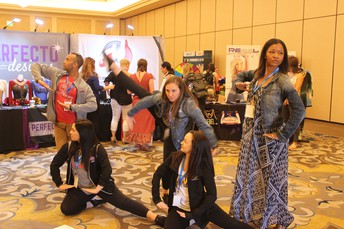 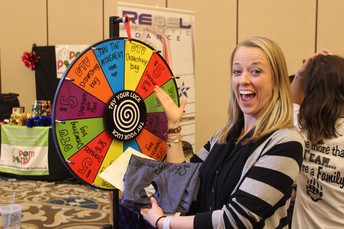 At the 2018 Conference Gala, the first two pioneers of dance/drill team were inducted into the NDCA Coaching Hall of Fame. Check out the bios of Gussie Nell Davis and Kay Teer Crawford to learn about how dance/drill teams began. We encourage you to share this information with your dancers in order to gain an appreciation for the hard work of these two amazing women. 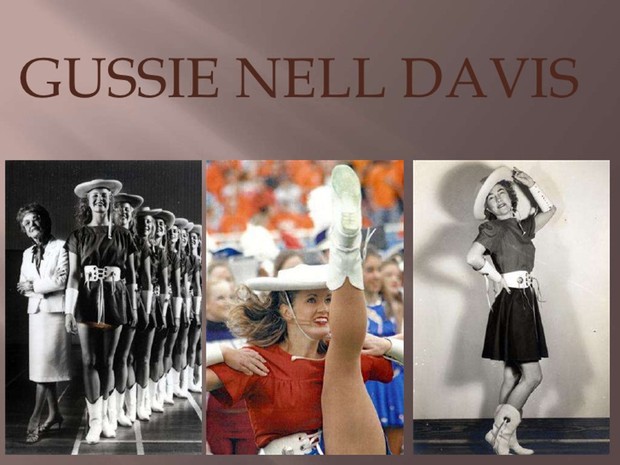 Davis was born in 1906 in Farmersville, Texas, and enrolled at the Texas Woman's University in 1923, where she was to become a concert pianist.. She later switched her studies from music to physical education. She graduated in 1927 with a Bachelor of Arts degree, and began her professional career at Greenville High School as an instructor of physical education and pep-squad sponsor.

During her first year in Greenville, the pep-squad, known as the “Flaming Flashes,” did stunts and marching. Over the next ten years, the team's activities evolved and became more elaborate, including different drills with rhythm and dance steps to music.

After graduating from the University of Southern California in 1938 with a master's degree in science, the president of Kilgore College hired Davis to form a group that would deter football spectators from consuming alcohol during half-time breaks, and encourage an increase in the college's female population. The Kilgore College Rangerettes first performed in September 1940, and were the first all-girls dance-drill team in the United States to perform during half-time of college football games. Alongside her work, Davis acted as a consultant, judged drill-team competitions, was a member of the National Drill Team Directors’ Association and was part of the Fiesta International Board of Directors. Davis help found the American Drill Team Schools which gives instruction to drill teams across the United States.

She retired in 1979 but remained the group's godmother.

Davis' work created a multi-billion-dollar industry that encompasses multiple uniform and prop companies, drill camps worldwide, specialist choreographers and travel agencies dedicated to the dance/drill team style she built upon. She chose not to marry or have children; she told Irving Daily News in 1979: "The Rangerettes is [sic] my child". Davis was honored with the “Gussie Nell Day” in Kilgore in 1964. It was followed up with a Texas-statewide celebration in 1979. She was inducted into the Texas Women's Hall of Fame in 1989. In 2006, a former Rangerette donated $3.5 million to help build the Gussie Nell Davis Residence Hall at Kilgore College - a testament to the legacy of young women whose lives Davis touched and helped prepare for life beyond college. 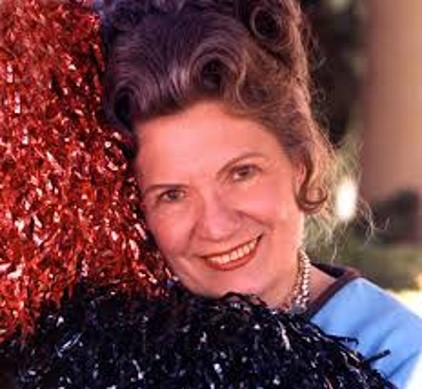 Kay Teer Crawford was born in 1914. She was raised in Grainger, Texas and lived in extreme poverty during her childhood. Crawford attended Edinburg High School where she started the first "modern dance drill team" in 1929 after she had earned a spot on the school's cheerleading squad but 90 of her schoolmates did not. Her drill team idea was inspired by the marching styles of the Reserve Officer Training Corps cadets at a local community college. The following year, her idea came to fruition when the Edinburg High School "Seargenettes" took the field in the fall of 1930.

After high school, Crawford earned degrees from Edinburg Junior College, the University of Texas, and University of Southern California (where she wrote her master's thesis on the subject of drill team). She earned her doctorate degree from Baylor University. Later in life, Kay Crawford was a professor at Santa Monica College, UCLA, and USC.

Kay Teer Crawford was the editor and publisher of Let’s Cheer magazine, which she started in 1972 as the first national drill team magazine devoted exclusively to high school and college Pep Arts activities. It then became the official publication of the organization known today as the California Association for Dance and Drill Team Directors. Crawford also authored The World of Drill Team - a “how to” book for drill team enthusiasts.

Crawford was instrumental in orchestrating the opening and closing ceremonies of the 1984 Summer Olympic Games with 1200 LA and Orange County Drill Teamers. She also worked on half-time entertainment for 7 Pro Bowls, 4 Rose Bowls, and 4 Super Bowl games.

Over her career, Crawford worked with an estimated 55,000 youth. Aside from teaching drill team, she counseled many kids in careers, private life, and school life. In Kay’s words, “They’ll remember the counseling more than the subject matter.”

Did you know that Proactive Coaching has three new booklets that are quick reads yet full of information that you can use with your team today?

In his conference sessions, Rob Miller taught us about The Power of our Words, The Impact of Trust, and 7 Ways to Lead. We all left those sessions with our heads spinning full of new ideas. We plan to have Proactive Coaching back at our 2019 Conference to help us continue to grow our teams. 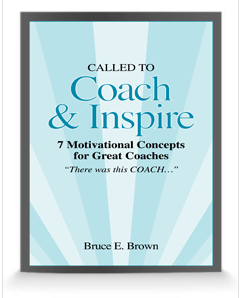 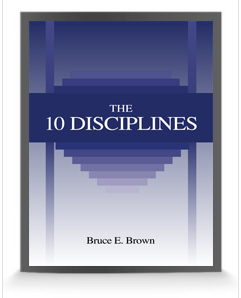 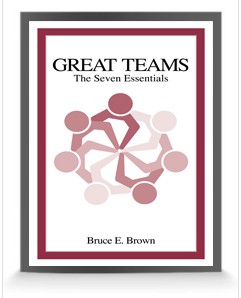