Are you ready to mock?

It's time to start taking a closer look at the children's books of 2017. Please read one or (better yet) more books for the first meeting. Participating in the Mock Newbery is an opportunity to read the newest children’s books and to discuss them with other passionate readers. Please join us!

Please register for this program: http://www.olis.ri.gov/services/ce/regis.php

For a printable list and more info check out the OLIS Mock Newbery page.

For Those About to Mock reviews current Newbery contenders and discusses past winners in the "Newbery Wayback Machine" feature.

Fuse #8 does a quarterly round-up of Newbery & Caldecott predictions that often bring attention to outliers.

While not solely dedicated to Newbery topics, the following blogs often discuss Newbery contenders and the award process in the context of representation and diversity:

Can't get enough award talk? Check out Calling Caldecott, Guessing Geisel, and Someday My Printz Will Come for a big picture look at the year in books for kids & teens. 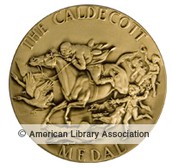 * Once on Federal Rd., take the first entrance, Lower Campus Road, all the way back to the gym parking lot. Walk past both gyms, up the stairs/ramp and directly into the Stone Academic Bldg. The Library is straight down the hall.

Reading List #2 will be available September 29th at http://www.olis.ri.gov/services/children/newbery.php.

Send suggested titles for the final reading list by December 5th to: danielle.margarida@olis.ri.gov

The final reading list will be available December 11th at http://www.olis.ri.gov/services/children/newbery.php.

Send suggested titles for the reading/viewing list by November 1st to: danielle.margarida@olis.ri.gov

Reading/viewing list will be available November 3rd at http://www.olis.ri.gov/services/children/caldecott.php 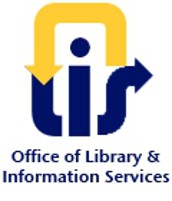 Facebook @olisri
RI Office of Library and Information Services, Providence, Rhode Island, United States danielle.margarida@olis.ri.gov 401-574-5309 olis.ri.gov/services/children/newbery.php
Embed code is for website/blog and not email. To embed your newsletter in a Mass Notification System, click HERE to see how or reach out to support@smore.com
close
Powered by Smore
Powered by Smore