Life as a Newsie

My name is Francis, I am seven years old, I live in New York and I am a newsie 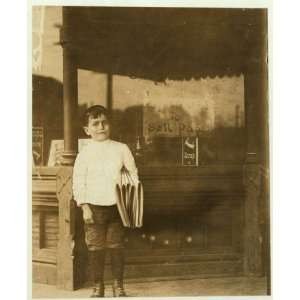 I spend my day walking around selling papers too the people of New York trying to save up money. I have an older brother named Mike and both of my parents died when i was three. Ever since i was six i've been a newsie. I like being a newsie but its hard work. I usually sell a lot of papers because i pretend that i am an only child and i'm sick. In New York i see so much different stuff, their is alot of thieves around here. Usually every day i wear Black pants, a white shirt, and black boots because I can't afford much more. I'm not the same as alot of other children because they usually aren't A newsie around my age but thats the only thing i was able too do and alot of kids live with their parents but me and my brother live with our mothers friend. I wish that my parents were still with me and my brother because its hard working at my age but i have no choice, and that is my life as a newsie.