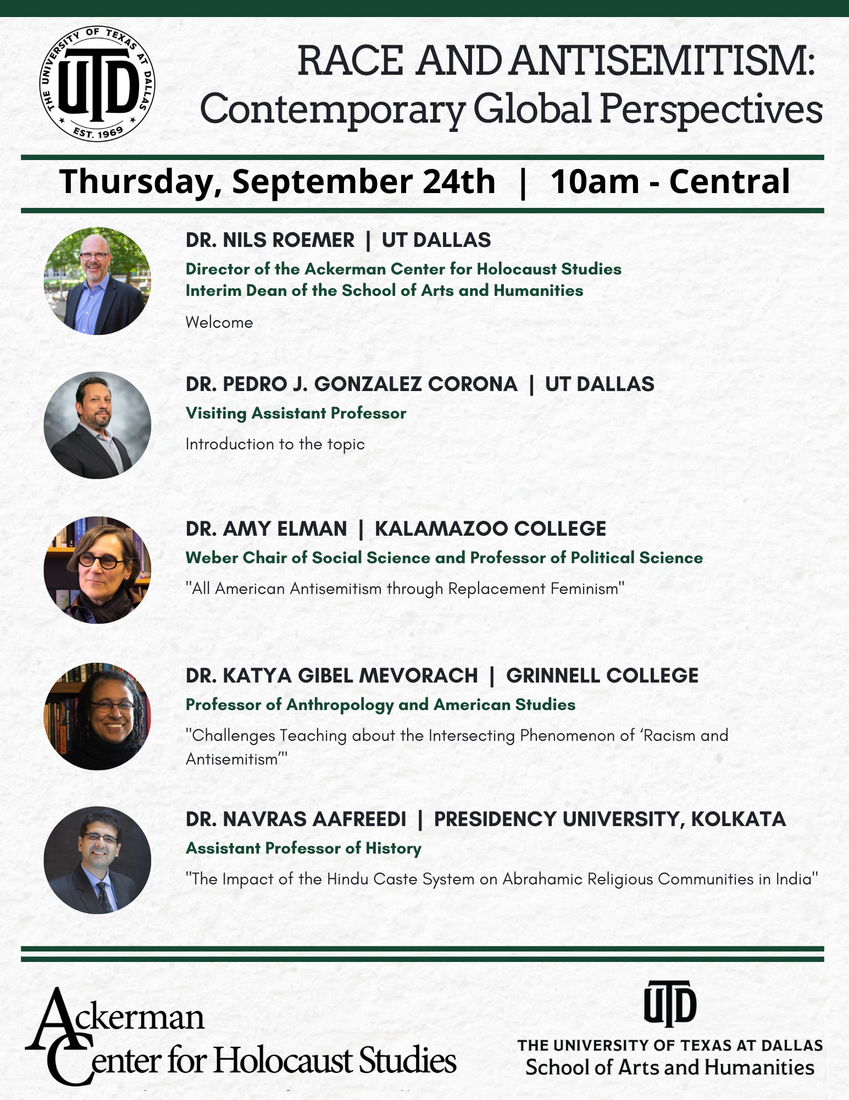 Workshop on Race and Antisemitism

Dr. Nils Roemer welcomed guests and presenters on Thursday, September 24th for an academic workshop to present contemporary and global perspectives on race and antisemitism. This was the fifth in a series of workshops hosted by the Ackerman Center in an effort to bring scholars from different fields and backgrounds together to discuss this important topic. 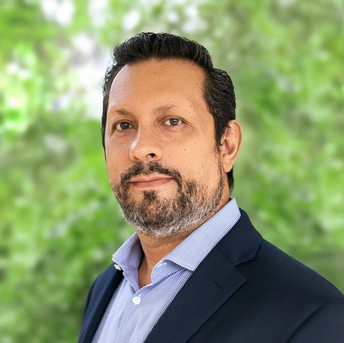 Dr. Gonzalez, who organized the event, introduced the topic and presented background information using examples of how the idea of race obscures the international and local perception of the Mexican people as persons with the capacity for self-determination. The notion of a certain national Being becomes an obstacle, for foreigners and locals when it is necessary to think about Mexico as a modern, multi-national, and linguistically diverse country. 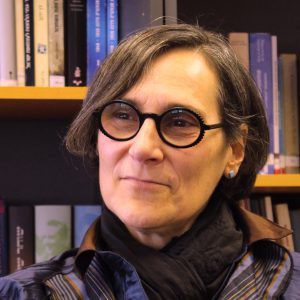 "All American Antisemitism through Replacement Feminism"

Conventional considerations of antisemitism rely on antiquated notions of “left” versus “right” with an occasional mix of “jihadist” antisemitism and overlook the frequently overlapping themes and alliances. Dr. Elman's presentation examined, in brief, the cooptation of the women’s movement by reactionary forces within and beyond the United States and the dangers posed by this shift. 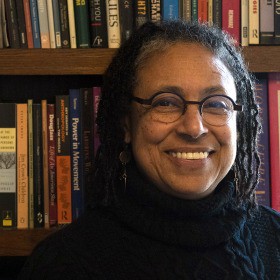 "Challenges Teaching about the Intersecting Phenomenon of ‘Racism and Antisemitism'"

The discourse of whiteness and privilege, coupled with lived experiences of acts of violence and definitions of pedagogic microaggression pose challenges in creating syllabi and conversations in both the classroom and everyday conversation. Dr. Gibel Mevorach's talk focused on ways to address this as well as the persistent obsession with the relationship of Jews and Blacks. 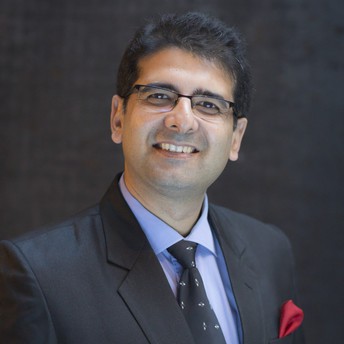 79.8 percent of India’s total population of 1.3 billion is considered Hindu. The Hindu society is divided into four varnas (classes) in a hierarchy in which the Brahmins (priests) are at the top. Each of these four varnas is further subdivided into a number of jatis (castes). Those who are not considered part of any of these classes are seen as falling out of the class system and have been subjected to the worst forms of social discrimination for centuries to the extent that they were considered untouchables. Untouchability is prohibited in modern India and is punishable by imprisonment, yet it has not ended yet. The discriminatory caste system has left a strong impact on the social structures of all three Abrahamic religious communities in India.

A recording of this workshop is available online by clicking here. 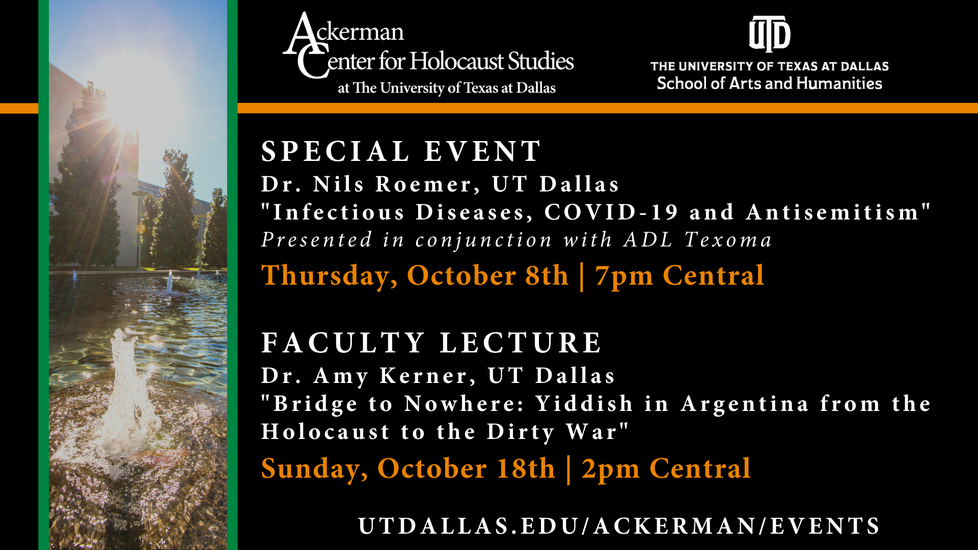 For more information about these and other upcoming events, please visit our events webpage: www.utdallas.edu/ackerman/events.

In our most recent episode, Drs. Nils Roemer and Sarah Valente talked about the virtual celebration that took place last month to honor Dr. Zsuzsanna Ozsváth on the eve of her retirement from UT Dallas. They also remembered the late Justice Ruth Bader Ginsburg and discussed a 2004 speech she gave at the U.S. Holocaust Memorial Museum about antisemitism and how the Holocaust fueled her quest for justice. Considering the alarming results of the Claims Conference survey on Holocaust knowledge and awareness in millennials and Generation Z, the professors discussed how it is imperative, now more than ever, to continue the center’s mission of “Teaching the Past, Changing the Future.” Click here to listen to this and all episodes.

Modernity and History in Hungarian Poetry: A Conversation with Zsuzsanna Ozsváth

Professor Emerita Dr. Zsuzsanna Ozsváth is featured in this special two-part podcast with the Athenaeum Review at UT Dallas. Click here to listen.
Contact Us