By: Jerry B. Jenkins

By: Jerry B. Jenkins 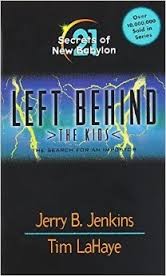 A book that truly takes you on an adventure.

Pavel, Judd, Lionel, Greg, Vicki, and Mark are all part of the Young Trib force. Which is a group of people who fight for their newfound faith in Jesus Christ, as a terrorist like group called the Global Community, also known as the GC, are persecuting anybody who believes in Jesus, and whoever tries to get in their way of world domination. Throughout the story the Young Trib Force tries to warn the new comers to the force of the GC and how disastrous they can be, but they can never fully get the message through, because there is no time to due to the fact that he GC are always chasing them around, trying to eliminate them all. The Young Trib Force tries to avoid this the best they can throughout the story by setting up traps, and hiding in secret locations in the areas that they stay in. The theme of this book is to stand up for what you believe in, no matter what the situation or the consequences that could come with it.

I chose this book, because i've heard good comments about it, I like the theme of it, and it takes you deep into an adventure. This group is a great read for anybody from age 10-15, it's to high of a level for little kids to understand, and probably to boring for those kids above the age of 15, unless they really like to read. This is a good read, because of the adventure it takes you on, the story behind it, and the overall composition of the book. 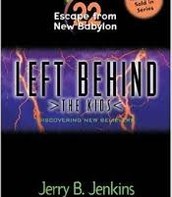 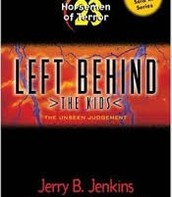 Horsemen of Terror: The Unseen Judgement 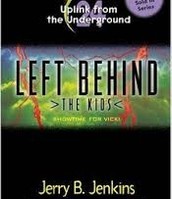 Uplink From the Underground: Showtime For Vicki

These are books you have to try!

The series follows teens that were “left behind” and have nothing left but their newfound faith in Jesus Christ. Determined to stand up for God no matter what the cost, they are tested at every turn.