Well, we are finishing day 2 of 10 at Western Music Institute. I'm so proud of all of our corps' young people. They are established in their groups and into their first full day of practice. I am so excited for them to have this experience - to make new friends, reconnect with old friends, learn new skills, and develop skills that can be used in worshipping the Lord. Our prayer for them is that their spirits will be restored after being separated from everyone these last two years. And ultimately, they will rejoice in the goodness of God!

Keep us in your prayers. That all will remain healthy. Please remember Gwyn and me in your prayers as we are the Chaplains this week. Gwyn is under-the-weather too, so it is a bit difficult to find time to rest when the days ahead are full. Pray that God gives us daily strength and wisdom. 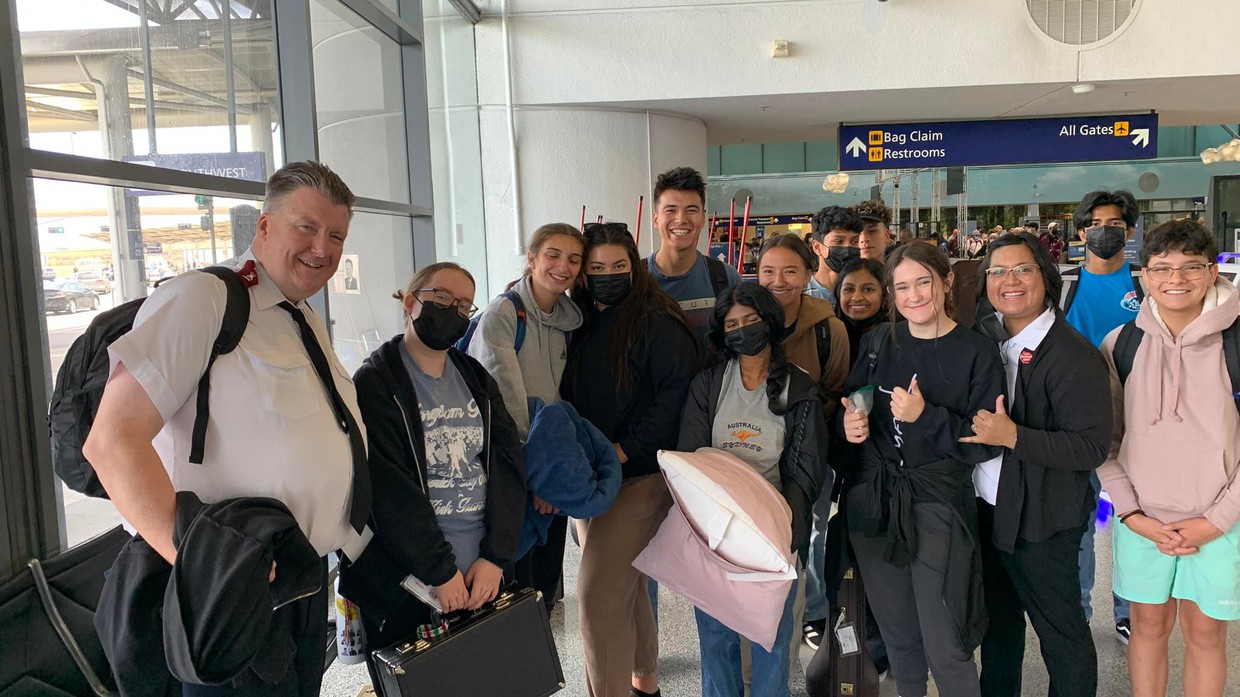 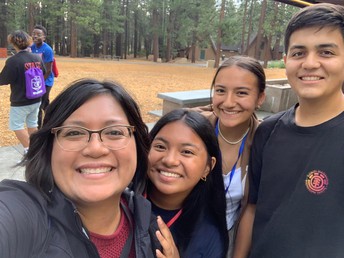 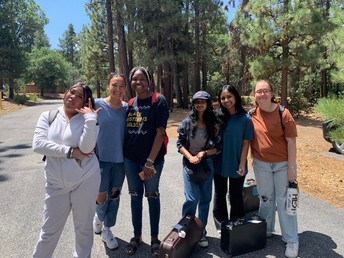 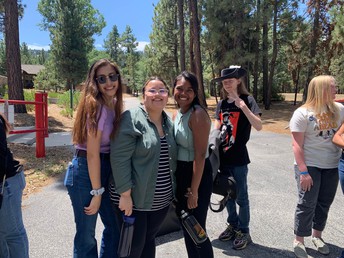 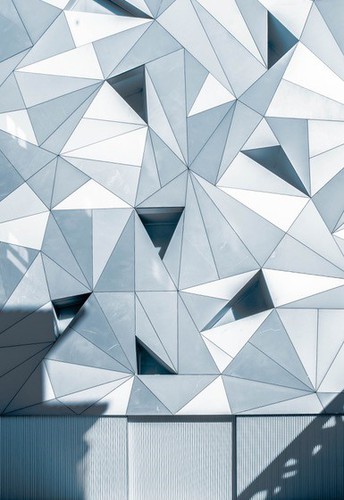 In a previous column talking about the five “solas” of faith I teased the subject of the Wesleyan Quadrilateral.

Although it sounds vaguely rectangular and invented by John Wesley himself, it turns out that neither of those suppositions is true! Instead, it refers to a method of Bible Study that John Wesley employed, although he never formally published the fact or gave it a name.

You might remember from my previous column the principle of “sola scriptura”, by which we believe that the scriptures of the Old and New Testaments were given by inspiration of God, and that they only constitute the Divine rule of Christian faith and practice.

You may be surprised to learn that this is not a universally accepted tenet of Christian faith and practice. For example, the Greek and Russian Orthodox Churches regard scripture as just another source of teaching alongside the traditions and examples of revered saints. The Roman Catholic Church regards scripture on an equal footing with the proclamations of its hierarchy of clerics. So to stake out a position that the scriptures are the only (and definitive) guidance for our lives can be controversial in sharing our faith.

John Wesley along with his brother Charles were the co-founders of Methodism which revolutionized Christian life and worship in 18th Century Britain, and ultimately led to William and Catherine Booth founding The Salvation Army. Wesley’s (ahem!) “method” of bible study involved taking the text of scripture at face value. However, since language evolves over time, and since he wanted to get at the relevant meanings of the words in the context in which they were written, he would bring three other tools to help in his study — tradition, experience, and reason. It always makes me smile when I recall one dear saint of my acquaintance telling me that she would only read the King James Authorized Version of the Bible because she wanted “to read the actual words Jesus said!” As far as I know, the only record of the actual words Jesus spoke is when he used the word “abba” (“daddy”) to refer to the Father, and his words of despair and rejection on the cross — “Eloi, Eloi, lama sabachthani?” Mark 15:4 KJV. Everything else is a translation subject to the vagaries of language morphology!

In his study, Wesley would first accept the words of the scripture and then ask himself if the teaching resonated with his intellect (reasoning), experience, and traditions of the church down through centuries. If any of those caused him dissonance, he would then attempt to track down where they were in disagreement with the scripture. In everything, he sought to make his thinking conform to scripture, rather than trying to make scripture conform to his thinking.

I have heard some teachers use the four elements of the “quadrilateral” (scripture, reason, experience, and tradition) as if they each carried equal weight. Then they proceed to use “reason” or “experience” or “tradition" to justify taking a position contrary to the obvious teaching of the Word. Unfortunately, I have observed this from some in my own denomination. John Wesley would never agree — for him it was always “sola scriptura” and the other elements were merely tools to be used by the Holy Spirit to illuminate the message.

Of course, none of this should come as a surprise to us because we have the words of the Holy Spirit writing to Timothy through Paul:

“Preach the word; be prepared in season and out of season; correct, rebuke and encourage—with great patience and careful instruction. For the time will come when people will not put up with sound doctrine. Instead, to suit their own desires, they will gather around them a great number of teachers to say what their itching ears want to hear. They will turn their ears away from the truth and turn aside to myths.”

If, doctrinally speaking, you happen to find yourself with an "itching ear", the best course of action to scratch it is to find supporting or contradicting scriptures rather than accept some theory or doctrine that has become popularized, or “in vogue”, because it fits in with the desires of modern society.

Whatever method you use to study the scripture, please make sure the Word itself is primary — "sola scriptura", and all other tools are only used to let you understand more clearly.

We have been warned!

“Let this mind be in you which was also in Christ Jesus”! Philippians 2:5 KJV 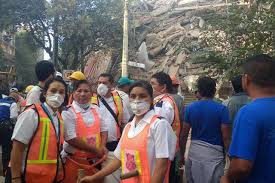 I am pleased to forward you the Prayer Focus requests for July 2022. This initiative of turning our thoughts and prayers towards the same part of the world at some point in the same week is a beautiful way to unite us as a global Army family and I thank you for the commitment that you each give to this.

We would like to ask you if you could please include these special prayer requests in the Mexico Territory requests:

1. For the journey to Governance in the Territory

2. For spirit revival throughout Officers and Soldiers, so we could have men and women to the service of God.

3. For the candidates entering the school for Officers Training; so, they could be taught and formed as “Blood and Fire” officers.

4. For children and youth in the Territory, so they could be a solid base in each corps of the Territory and to bring more young people to meet Christ as their Savior.

5. For Officers that will have appointment changes in August and that God continues using them for his Kingdom growth.

We thank you in advance for your support in these matters. 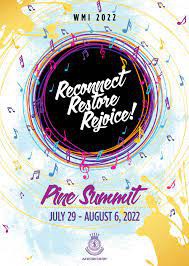 We will celebrate June's beautiful life while supporting Joe, Roger, Heather, and the extended family at this time. It will be streamed on the Corps Family Facebook Page.
Get Directions
Prayer Requests 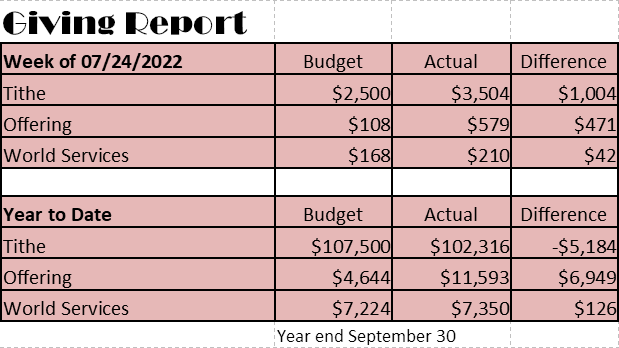