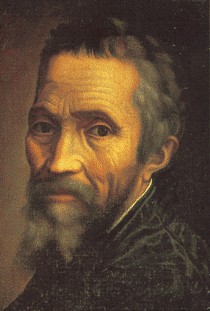 -He was born on March 6, 1475 in Caprese Italy.
-He spent most of his life in Florence Italy with the Medici family.
-He began studying grammar and the Latin language, but preferred to skip class and go to the galleries instead. As a child he desperately wanted to be the apprentice of an artist. At age 12 he became an apprentice of Domenico Ghirlandajo. Ghirlandajo was jealous of Michelangelo's talent and passed him to Bertoldo di Giovanni who was a sculptor. Under Bertoldo di Giovanni, Michelangelo found his true passion in art, sculpting.
-In the early years of his life his mom past away. He was only six years old. His family opposed art but were proud of what he accomplished. He grew up in a great city for that time in which the Medici's ruled. After his apprenticeships with both a painter and a sculptor, he created many beautiful sculptors and paintings. These sculptors and paintings made him famous during the renaissance .
-Michelangelo created both sculptors and paintings. One famous sculpture he created was "David" which was one of the first nude sculptures of the time period. He also painted one of the most amazing paintings of all time on the Sistine Chapel.
-The main patron of Michelangelo was the Medici family. Michelangelo gained his patronage by sculpting a faun that is said to have pleased Medici(Buonarroti).
-Even before his death, Michelangelo was one of the first artists to develop a cult celebrity status(Buonarroti). 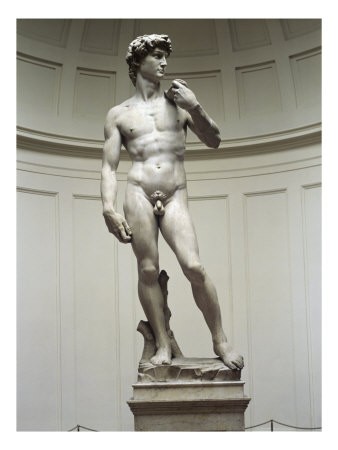