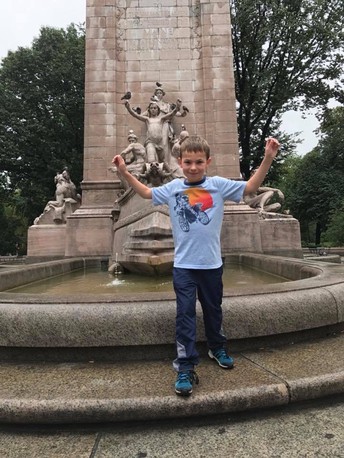 Parents: Jack Roote, who is in third grade, recently came to me asking that I check his math homework. Since taking on some extra work to earn an "emblem" for scouting, he has been extra busy so I was all too happy to sit with him. I quickly went through a series of questions categorized under two or three different problem sets. He did "ok" on his independent attempt, but I noticed that he consistently made errors on multi-step problems. As we re-worked each of the answers he made errors on, I quickly noticed how focused he was on product as opposed to process. I also noticed that as we got to the second or third step in a multi step problem, he struggled to explain his thinking.

Fast forward to last week, the NHS mid-term and NYS Regents week. I took advantage of the opportunity to check in on students taking exams. In some cases it was a major NYS Regents exam required for graduation and in other cases it was a lower stakes exam to close out a semester long course or a course ending without a Regents such as English 9. As I peeked at exams, I noticed that the lack of focus on "process" emerging in Jack, appeared all over the place among our students.

I would encourage you to take a little time to discuss your teenagers perceptions of their mid-term examinations. Consider asking them to take some time to work with their teacher to discuss the flaws their teacher sees in their process, for teachers regularly (often too late) uncover correctable issues.

Let me provide you some process issues that comes up regularly. Consider the following English 11 essay prompt, "Directions: Closely read each of the four texts and write a source-based argument on the question of whether self-driving cars replace human drivers? Your Task: Carefully read each of the four texts provided. Then, using evidence from at least three of the texts, write a well-developed argument regarding whether or not self-driving cars should replace human drivers." Students that received 50% or fewer of the points available on this question failed to address two key points noted above. First, they failed to use three of four texts and second, they failed to properly develop an "argument". Now for the spoiler alert! Included with the prompt was an actual checklist of what to complete:

What is the key take-away for you, for your teenager? You first need to consider what is being asked of you! Slow down, take some time to consider the prompt, mark it up as you go. Be sure to complete all parts of the question! I will close by asking you to do as I am beginning to do with Jack, which is to closely examine the process for completing a test item to better understand your students thinking.

Mid-year is a great time to do some reflection activities with students. Two areas to focus on are individual student achievement and classroom culture. I think that asking students to reflect on their effort, progress and success through the first half of the school year can be powerful. If students set a goal(s) in the beginning of the year, ask them to revisit the goal to self-assess their progress. Some questions you may want to pose to students to promote thoughtful reflection could be:

This is also a great opportunity to revisit Growth Mindset. Allowing students to take the time to understand that they may not get it YET, but they still have the time and the ability to meet the learning standards for the course. Mid-year is also a great time to re-shape the classroom culture (if necessary). To determine if this is necessary, some questions you may want to ask yourself include:

Consider taking a 10-minute break from content to try our Restorative Circles to tackle one or more of these issues that may be impacting your classroom culture. 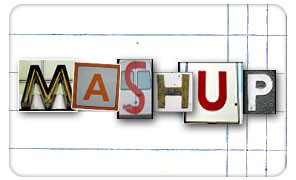 Please be sure to update your AHLC poster. There are several copies near the mailboxes if you need another poster.

Bring earbuds and a data set to the next staff meeting. Ideally, your data set will be mid-term data.

Mr. Flanagan: "This Friday the BioMedical Sciences Program will be sponsoring the 3rd of our Blood Drives this year to help support the missions of the American Red Cross. This drive will be different, because it is set-up specifically for our staff and public participation. So...Friday's Blood Drive will be held from 3:00-7:00 pm in the High School LGI. If you are willing/able, please let me know and I will find a time slot for you. Times slots are available from 3:15 to 7:00 pm."

On March 9, a select group of about 45 seniors will participate in a NAEP (National Assessment of Educational Progress) assessment, which will be used to provide national educational data. Students will be split up into two separate groups to take the assessment in the LGI. Half of the students will be scheduled for 8:30-10:30 am and the other half from 12:30-2:30 pm. Please feel free to visit the link above for more information.

This is just a friendly reminder to teachers and assistants to update your sub-folders with new rosters if needed.

It continues to be very important to follow all of our norms for hall passes. Particularly on SELF days. We are finding that students in groups of 2's, 3's, and 4's are taking two or more lunches and wandering the halls. 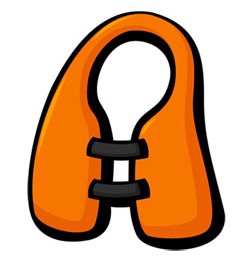 How to Design a School That Prioritizes Kindness and Caring

1 in 5 kids facing mental health risk in U.S.: American children's mental health is worrying experts, with one in five kids suffering from a diagnosable mental, emotional or behavioral disorder. Alex Crotty was just 11 when things started feeling wrong. It wasn't just a matter of being unhappy. She always felt empty and miserable - never content or connected to other children. For years, she suffered alone, filled with shame. She switched schools, but that didn't help. "I didn't feel unloved. I just felt numb to the world. Like, I was surrounded by great things, but just I couldn't be happy. And I didn't know why that was," Alex told NBC News. Finally, at 14, she decided to break her silence. "I can't feel anything," Alex simply told her mother, Heather Olson of New York. "So she just gave me a hug, cradled me in her arms on the bed, and was like, 'Well can you feel me? Can you feel my love?'" "A hug and kisses was the only thing that came to mind at the spur of the moment, but that was precisely what she needed to start the journey forward," Olson said.

In the January 17 PD Hour, we spent time dipping our toes into student self-assessment within the formative learning cycle. Students’ ability to self-assess is the number one factor for improving student achievement because students learn how to “learn”. The seeds of self-assessment are sown at the beginning of our lessons, as we share the learning target and success criteria. To engage in this process, students need to be able to answer these three questions as they work:

We support the students as they work to answer these questions throughout each lesson. If you would like to revisit the learning from the PD hour, please access the following resources:

Also, please take a moment to complete the following Technology Survey. This will allow Aaron and I to plan and design meaningful technology sessions/trainings to offer our staff. 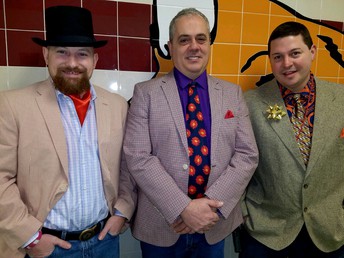 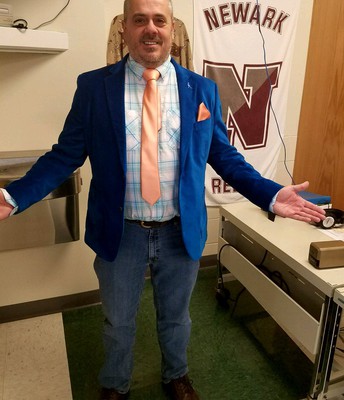 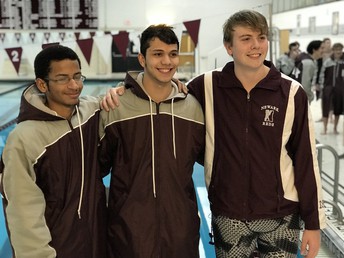 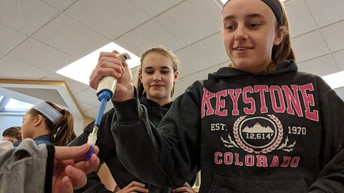 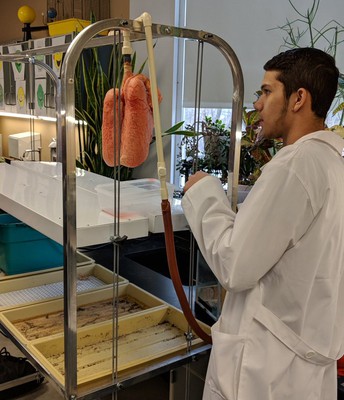