After the success of last year's conference we are once again holding the Modern Languages Annual Conference at Newton Abbot College. This year we are inviting our primary colleagues to join us along with Joe Dale, our key note speaker, and some inspiring workshop presenters.

Joe is an independent languages consultant from the UK who works with a range of organisations such as Network for Languages, ALL, The British Council, the BBC, Skype, Microsoft and The Guardian. He is host of the TES MFL forum, former SSAT Languages Lead Practitioner, a regular conference speaker and recognised expert on technology and language learning. He has spoken at conferences and run training courses in Europe, North America, South America, the Middle East, the Far East and Australia . He was a member of the Ministerial Steering Group on languages for the current UK government and was short-listed for a NAACE Impact Award in 2013 too. Joe was recently described in a Guardian article as an 'MFL guru' and 'the man behind the #mfltwitterati.'

Lessons in language: meeting the challenges of language teaching head on.

Lisa Stevens is a Primary languages educator and consultant as well as an ADE and Apple Professional Development Consultant. She currently teaches at two contrasting Birmingham primary schools where she is PLL and eTwinning coordinator. Lisa is a passionate advocate for creative primary language learning integrated into the curriculum and has consulted on various projects including The Lingo Show, BBC Primary MFL website and updating materials for the new curriculum as well as currently advising on Spanish for a new early years language app. Lisa is a member of TES MFL panel, writes a blog called ¡Vámonos! (lisibo.com) and tweets as @lisibo when she's not running - and sometimes when she is!

The Classics in Communities project aims to promote and encourage the teaching of Latin and Ancient Greek at primary and early secondary level (and beyond) in UK state schools. We also aim to bring together primary, secondary, and HE level teachers and allow for sustainable links to be created and developed.
The project is founded on two key principles: information and support. We provide schools and teachers (non-specialists in particular) with information and guidance about teaching approaches & methods, material & digital classroom resources, and support available from Classics organisations.
The project website aims to collate and share information about the wide variety of resources available to teachers for teaching Latin and Ancient Greek.

Chris is an experienced Spanish teacher and educational consultant who teaches full time in an ever-growing free school in north Devon. His efforts at the moment are focused on developing a department with student independence at its heart and where a purpose can be found for the study of languages, even at the heart of a rural community. He is a former Lead Practitioner for the SSAT and has presented at events such as the Language Show and Language World as well as running a number of courses for teachers in Spain.

The work we've done is more generally about putting together high quality language that meets the criteria for the controlled assessments. In view of the changes to GCSE, we think it might work best to look at it in the more general context, through the strategy of 'TopBoxing', as we have named it, rather than make it controlled assessment specific.

The session will primarily focus on demonstrating the power of eTwinning, looking at ways to bring the international element into your classroom through creative project work. The session will examine a number of case studies and will also talk through the best ways to make a project really work for you and your students. 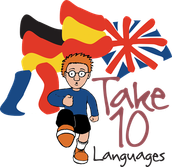 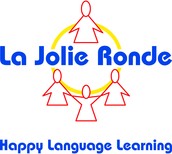 Exhibitors will also be doing a short presentation during the day

The Association for Language Learning is the most consistent voice for language teachers on the crucial issues that concern our profession. With its mixture of local action through networks and branches and support at national level, ALL seeks to provide teachers with ongoing professional development and to strengthen the identity and impact of language teachers as a whole.

Booking: To reserve your place complete the booking form ;

Book here
Embed code is for website/blog and not email. To embed your newsletter in a Mass Notification System, click HERE to see how or reach out to support@smore.com
close