Hey there! I hope you all had an amazing weekend and are well rested and ready for a great week. It is hard to believe that we are about to wrap up the school year. In order to keep growing and improve we need your feedback! Below is a survey that will help us in planning for next year. There is also information about teacher appreciation week. Let's celebrate all they do to make school awesome for kids. As always, if you have any questions or concerns, please reach out and let us know. egriffith@brockisd.net or ahudson@brockisd.net

May 4th- Snow Day. NO SCHOOL

May 7th-11th- Teacher Appreciation Week- Daily Breakdown of Events Below!

May 23rd- Senior Walk Through

The Brock Elementary Parent Survey assesses the experiences and views of parents related to school climate, student achievement, and parent outreach. The survey is designed to provide teachers, administrators, and other school staff with information directly from parents that can be used to foster positive learning and teaching environments, parent involvement, student achievement, student health and well-being. To complete the Brock Elementary Parent Survey, please see the link provided.

Thank you for your time and support! 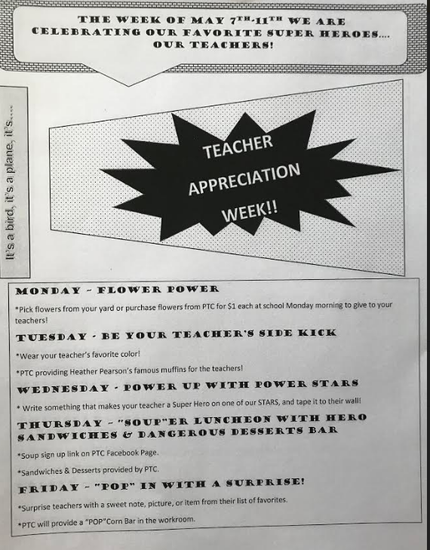 The Brock ISD Board of Trustees has named Cade Smith as the lone finalist for the district’s Superintendent position at its regular monthly meeting on April 9th. By state law, the Board must wait 21 days before a contract can be offered and the hiring is official.

“Mr. Smith is an instructional and community leader with values that mirror those of the Brock community,” Board President Marty Ivey said. “He brings a collaborative approach to decision making and leadership and his time spent in both small and large districts provides him with experiences and insight that will enable him to lead our district as it continues to grow.”

Mr. Smith is a graduate of Harlingen High School – Harlingen, TX. After graduation he went on to earn a Bachelor of Science degree in Exercise and Sports Science from Texas State University and a Master’s Degree in Educational Administration from Lamar University. Smith is completing his Ph.D., with an anticipated graduation this fall.

Fly Friday- Fly Friday takes place every Friday morning. If students arrive before 7:40 they will need to go to the cafeteria. Students who arrive after 7:40 will go straight to the Gym for Fly Friday. All students will attend Fly Friday.

For $1, your child is allowed to wear a ball cap (nothing crazy please). Each 6 weeks our school donates the hat money to a charity or organization. This 6 weeks our donations will help support the Autism Society of Texas.

Students that wear the color Purple on Wednesday's will be entered into a drawing for a chance to win a prize from the office!

The color will change every 6 weeks.

Follow Erin Griffith
Contact Erin Griffith
Paste in your blog/website to embed.
Aa Aa Aa
High Contrast Mode
Use the box below to choose the language: