William Prescott is best known for his line "do not fire till you see the white of their eyes."

He was born on February 20,1726. he severed in the militia during the french and Indian war prior to the Revolutionary War. However, when the Americans began forming an army in 1774, Prescott was there to fight for his country's independence.The news that the British were coming on April 8, 1775 did not reach Pepper ell until around 10 a.m. the next day, however, as soon as the word reached Prescott, he alerted all the companies near him and they rode down toward Concord. By the time they arrived,the day’s battle was over, but they were part of the army that laid siege to Boston afterwards. 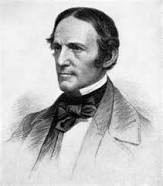 The Battle of Bunker Hill

On June 16, 1775, Prescott was given 1200 men to go and defend Charleston. They lined themselves up on Bunker Hill and Breed's Hill and readied themselves to defend against the British. Prescott knew that they had limited ammo and that their musket fire would be most effective at close range.When the British advanced the rebels pushed them back the second time they pushed them back again finally Prescott looked around and saw they were running low on ammo and then he said his famous line "do not fire till you see the whites of their eyes". This third advancement took out most of British's own men. finally they were close enough to fight with bayonets the rebels fought as long as they could before they were forced to retreat and surrender bunker hill to the British

this war made Prescott more famous.

After the Continental Congress ordered Washington to take control of the forces at Boston, William Prescott was given control of the 7th Continental Regiment. After his regiment fought in New York in 1776. He apparently popped up in other

various battles. It's said that he left the army because of injuries that made him unable to fight.

He Died In 1795 In His Home At Pepperell