A Note from Ms. Buschmann

Mrs. Schwartze read the book Survivors Club and then found out the authors were going to be in St. Louis. The story and themes fit very well with our objectives as a building this year, so we made plans to go as a staff on a professional development day. When other required training forced us to cancel those plans, I began to wonder if we could turn lemons into lemonade.

I contacted his agent and inquired, and was quoted a significant speaking fee, as is required by many authors, but I thought we could make it work with the help of some community partners. Mrs. Schwartze took the lead on activating the community and we have been overwhelmed by the response. Organizing this event has reaffirmed for me what a great community this is to live and work in. I am very excited that our students will get what is likely to be a once in a lifetime opportunity to hear a Holocaust survivor speak. There is much to learn from his story of resiliency and survival. You will see more about Mr. Bornstein and our sponsors below. I hope you will be able to join us for his evening talk.

Michael Bornstein is one of the youngest survivors of the Auschwitz death camp. At the age of four, he managed to stay hidden and evade murder in the most notorious death camp in world history. Photos of Michael being liberated by Soviet soldiers at the camp have been spotted on museum walls, book covers and film clips around the world and yet he waited more than seventy years to step forward and share his story.

He wrote Survivors Club alongside his third of four children, Debbie, who is a broadcast news journalist and a writer. Along the way, he and his family were stunned to uncover shocking new details about his survival that included a bribery scheme, untold acts of kindness by a German leader, and one perfectly-timed brush with illness.

Michael is a graduate of Fordham University in New York and holds a Ph.D. in Pharmaceutics and Analytical Chemistry from the University of Iowa.

That’s where Mike met his wife of nearly fifty years, Judy. Together, they have raised four children (Lori, Scott, Debbie, and Lisa) and welcomed eleven grandchildren to their ever-growing family.

Michael is now retired after working for more than four decades as a scientist and researcher in a career that took him from Dow Chemical and Eli Lilly & Co. in Indianapolis to Biotech divisions of Johnson & Johnson in New Jersey. He rose to the rank of director of technical operations and focused the majority of his work on helping to develop life-saving antibiotics, growth hormone, and cancer treatments.

In addition to occasional consulting work, Michael now spends much of his time shuttling between New York and New Jersey alongside his wife as they visit grandkids’ science fairs, dance recitals, and soccer games. He also speaks regularly at schools, synagogues and business institutions, sharing his experiences as a survivor of the Holocaust.

Students in grades 5-12 will hear Mr. Bornstein's presentation on the afternoon of November 14. A public presentation will follow that evening at 7:00 p.m. at St. George Catholic Church.

The nominees for October: 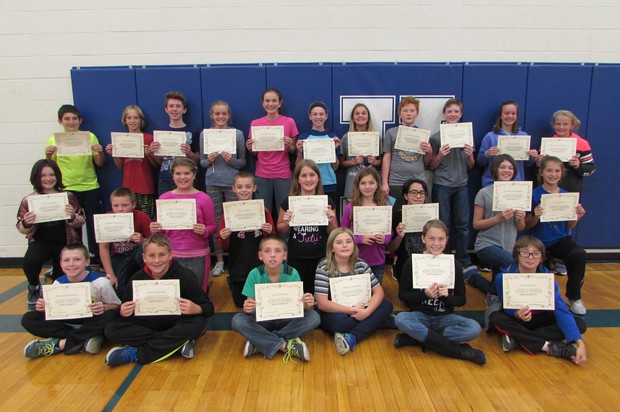 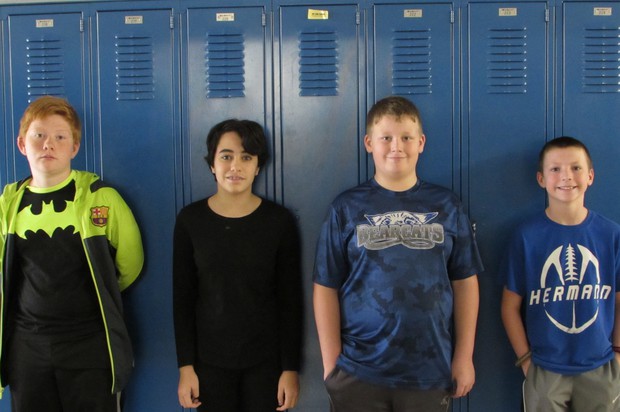 We have built in several full days this year for teachers' professional development. Please take advantage of those days for doctor and dentist appointments. Student days off include:

The parent advisory committee is open to all parents of HMS students. This committee helps in planning events such as the 8th-grade promotion ceremony and teacher appreciation week. It is also an open forum for questions and feedback about HMS.
Get Directions

The backbone of PBIS is being preventative and proactive, but a large part of the program is also building relationships and offering positive specific feedback. The PBIS Leadership Team met with our consultant from the Regional Professional Development Center to begin developing a continuum of school-wide procedures for reinforcing positive behavior. Our goal is to promote more pro-social behavior by being as likely to praise good choices are we are good answers.

Pictures from around HMS

Here are some pictures from the 5th-grade field trip to the Daniel Boone home, 5th-grade enrichment students studying the Underground Railroad, Intramurals, wrap up of the basketball season, 6th grade students programming our new ozobots, and the choir concert. 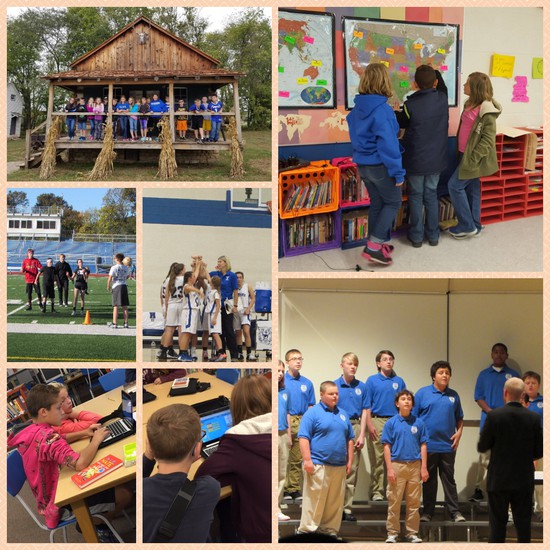 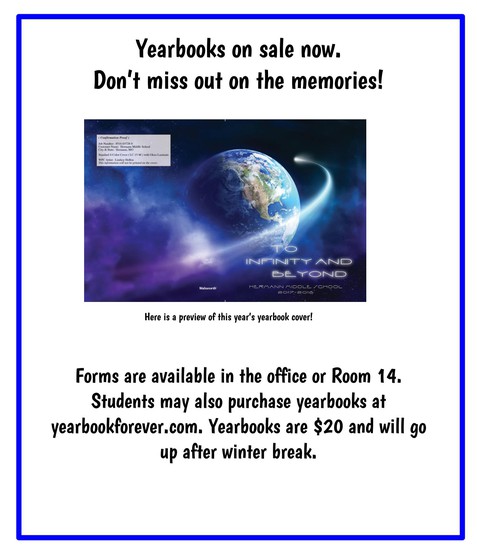 Hermann Middle School students are selling 2018 St. Louis Cardinals Calendars. Individual order sheets will go home later this month, and sales will run from October 20 to November 10. We are asking for your help to make this sales effort a success! These sales help support funding for student activities including field trips, attendance incentives, and eighth-grade celebration.

As an incentive, for EACH calendar sold, the student's name will be entered in a raffle, for example: sell 22 calendars and you're entered 22 times. The more you sell... the better your odds, and you can win more than once! Prizes will be local gift cards and a grand prize of an Amazon gift card will be awarded to the top seller.

Cost: $15 (the calendar includes pages of regional coupons) Please collect payment at the time of sales, checks can be made payable to Hermann Middle School

Please keep in mind a couple of easy ways to raise funds for HMS.

2. Shutterfly- start your order at our storefront and 13% of each purchase will be sent to HMS.

Here are the current affiliate exclusives for Shutterfly and Tiny Prints:

We have updated the website. You should find it easier to navigate; most of the popular items can be found in the "quick links" section. It is still a work in progress, so check regularly for new and updated content.

December 1- Student of the Month Assembly