The Sepoy Mutiny was a violent uprising against British Imperialism in India in 1857. The revolt was a result of continued social and political tensions between the natives and the British. Sepoys were Indian soldiers who worked for the British. The beginning of the revolution is often attributed to a dispute over rifle cartridges. Rumors spread that the cartridges had been greased with pig and cow oil, which would be extremely offensive to Muslim and Hindu Indians. This dispute then led to a large insurrection against British rule.

The Sepoy mutiny occurred due to various reasons, which included the doctrine of lapse (which did not allow a Hindu ruler to appoint anyone but a naturalized heir to his throne), the increasing pace of Westernization, and the continued attempts of the British to convert Hindus to Christianity.

The straw that broke the camel’s back, however, was the introduction of the Enfield rifle. It was said that there was pig and cow lard on the cartridges of the rifle. Since Hindu soldiers had to bite these cartridges off to use them, they were indirectly consuming cow products, which enraged Hindus (as it is forbidden for Hindus to ingest any products that come from cows). Thus, the Sepoy mutiny broke out in Bengal in 1857, spurred by the execution of Mangal Pandey and the troops at Meerut who had refused to use the Enfield rifles. 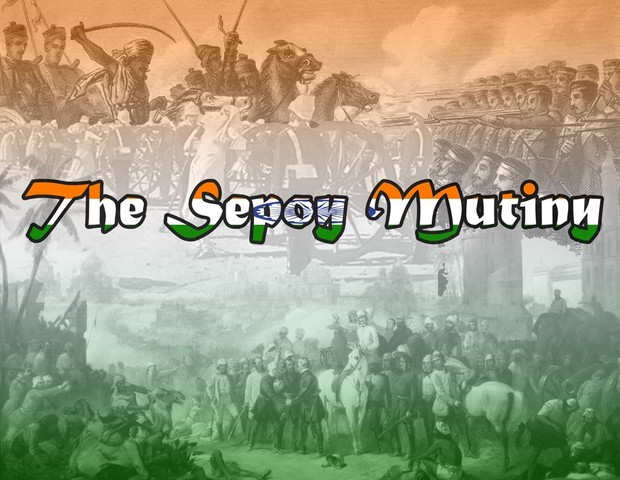