-A very great vision is needed and the man who has it must follow it as the eagle seeks the deepest blue of the sky-.

The Life Of CRAZY HORSE

Tashunke Witko better known as Crazy Horse was a famous Oglala Sioux Indian Chief who fought against removal to an Indian reservation.He took part in the the Battle of Little Big Horn. If i ever pass away the white men will take you under custody as wards he had spoken to his tribe. Crazy Horse first battle began when he was 13 , Curly was his name he was known for as a kid. First he had began his first battle were he particapated in a raid in Omaha Village. After that we was called horse looking for his long light brown hair. When Crazy Horse finally grew up he knew he wanted to be an Indian Chief it had been passed on for generations. 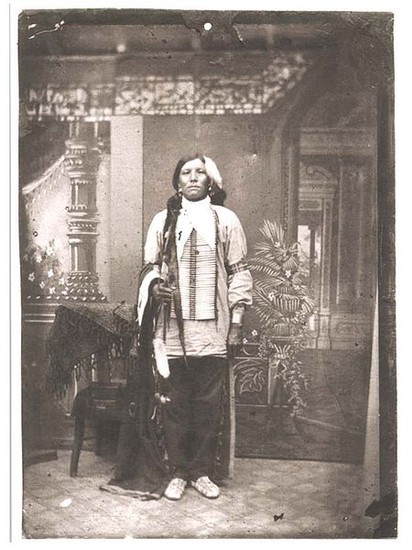 Crazy Horse was born near Rapid, Creek Dakota Territory in 1842·         When he was 13 in 1855 he participated in a raid on an Omaha village·         Turned 15 years old in 1857 and was terribly hurt in another raid·         1866 he had led a victorious charge over the white soldiers at Fort Fetterman·         1868 the first major fight with the white men came in·         In 1867 the Sioux were defeated by Red Cloud the white men had superior weapons and good defense ·         The year 1870 white men discovered gold in the back of black hills of South Dakota this caused a problem because the Sioux had forbidden white entry into that area·         1871 the military gave the Indians a choice to come in peacefully and surrender to the reservation or be hunted down and killed Crazy Horse and many others refused·         6 years later 1877 the tribe split up Crazy Horse and his people settled on the Powder River for the winter. Some of his men were getting captured or killed·         September 5 , 1877 Crazy Horse stabbed in his kidney and died from his injury