Social Darwinism is the implementation of the idea of the survival of the fittest to society and economics. It says that the smarter and stronger will become richer and more wealthy than those who are weaker and become poor. 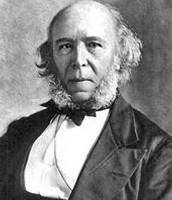 "What Social Classes Owe to Each Other" 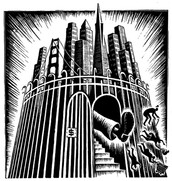 Shows how the rich is the "fittest" and is able to live in the protected city, and the poor are kicked out into the slums.