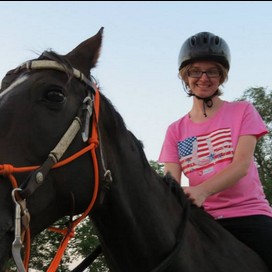 Haleigh is using Smore newsletters to spread the word online.

Get email updates from Haleigh:

My work as a writer!

My work as a writer!

There was a stallion in a Native American tribe named Takoda, which means ‘friend to everyone’ in Native American. This particular stallion was indeed a friend to everyone. Takoda was a fairly small horse, grey in color, had 1 brown eye and 1 blue eye. He was a very unique horse, no one had ever seen such a horse. Takoda was not used when going hunting because he would always try to make friends with the deer and buffalo. He was not known for having any enemies, he was known for being friendly to everyone and everything. Everyone loved everything about Takoda, his personality, his looks, and how unique he was. Even when someone tried to be mean to him he was always kind and eventually became friends with them! Takoda had become ill with a disease that was unknown to everyone. The tribe would seek out their allies and see if they knew anything about the horses’ symptoms and why every medicine that they knew of would not work. Unfortunately they as well knew nothing of this disease that Takoda had. As time went on, Takoda became worse and could not even eat without someone having to feed him by hand. Then came the day that the tribe would never forgot, Takoda had passed. The tribe was full of broken hearts. The other horses whinnied sadly for their lost friend and the wolves howled in sadness. Takoda had definitely lived up to his name-friend to everyone.

All of my life I have grown up around animals, especially horses. I remember when I was little I would visit my Aunt Ola’s farm and play with the animals. Once I got a little bit older she would let me around the horses more and more! When I was about 3 years old I rode my first horse, Summer, an 8 year old mare grey Arabian/Quarter Horse cross. Of course it wasn't bareback, but it still felt amazing and I knew that was where I belonged. Before I could ride by myself I had to learn the body parts of the horse. I got it right the first time, of course it took me awhile to actually memorize everything, and so I rode completely by myself on one of the other horses Goldie. Goldie was a 5 year old Palomino gelding who was trained in Western Pleasure, unlike Summer.

3 Things I Enjoy Writing About

I love writing about my horses as well as horses in general!

Another thing I love writing about is one of my favorite bands, Sleeping with Sirens.

Black Veil Brides has been the most influential band for me because they always tell their fans to go for what you want and don't let anyone stand in your way. Since listening to them I have been writing lyrics and stories!

I love writing about anything, but like everyone else I do have my specialties! 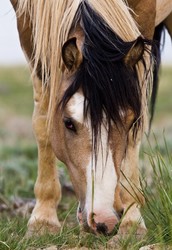 What I Will Write About!

I, Haleigh Andreasen, Am a Writer!

I had heard from our neighbors that a lady was selling German Shepherd puppies for $700. I had told my mother about it and we talked to my aunt Rhiannon and Uncle Pat if it was ok that if we buy one he/she could live with us. They had luckily agreed and told us that we had to help pay for food and clean up his messes, but that was it. Mom and I had then drove over to the house that was selling the puppies and we were greeted with a momma German Shepherd at the fence. She was absolutely gorgeous with a black and tan coat, but with some gray at the top. The owner came out of the house followed by 3 little puppies that looked to be about 9 weeks. The owner had introduced me to the momma German Shepherd and her puppies. The momma’s name was Maggie. The owner had not yet named the puppies. There was 2 males and 1 female. Both males were black and tan, but the female was pure white with blue eyes! She was stunning and I fell in love with her. I had a bond with all of them, but I knew I could only pick one. Then, the owner had told us that each puppy was $700. Mom said we could not afford that and so with a heavy heart I got in the car and we drove off.

The next day I had received a call from the owner telling me that she was impressed that I had not argued with my mom when she said that we could not afford one of the puppies and she said she was willing to take $200 and for me to work the rest of the money off. I was so excited and I told my mom what the owner had said and she had agreed to it! We got over there as soon as possible and rang the doorbell. We were once again greeted by Maggie, but also by 2 of her puppies. I had asked where the white female was and she had responded with, “Someone has already bought her.” I was very disappointed that I didn’t get to have her, but I still felt lucky because there were still 2 puppies left. After a very hard decision I had my answer. I chose the runt of the group, the one that no one really wants. I knew I had a connection with the female, but once I spent more time with the littlest one I knew it was meant to be. The 3 of us were talking about names and I originally wanted to name him Chance, after one of my horses, but my uncle had changed my mind. He had suggested Ren 10, after Rin Ten Ten. I fell in love with that name and decided to name him, Ren 10.

I felt bad having to separate Ren 10 and his mother Maggie, but I knew that they wouldn’t be together forever anyway. It was very hot outside and in the car it was my mom, Ren 10, and I. My mom and I were talking about training him and everything when all of a sudden…Ren 10 puked all over me. It was pretty gross, but I dealt with it until we got home. Luckily for us, it did not stink at all. The bad news was that I felt it all over my legs. Once home, we got Ren 10 out of the car and I had to clean up the car and myself. I thought to myself, “Well I may as well have a baby!” After that we had to prepare ourselves for introducing Ren 10 to the other dogs. I felt so bad because he was automatically really scared of them and my mom told me that I couldn’t be out there with him. After a while we heard barking and we looked out the back door window and we saw them all playing together! It was probably one of the happiest moments of my life.

Every week I would go over to Ren 10’s previous owner’s house and help out with anything that needed done. It was mostly mowing the lawn or vacuuming the house. It wasn’t hard it just took a lot of time to do it all. When I was finished doing those things every day, she would even help me train Ren 10! At the same time Ren 10 and Maggie got to spend time with each other every day. Maggie’s owner had told me that I was the only one that doing that. Hearing that made me feel sad because I’m sure Maggie missed all of her pups, but I was still happy since she got to see at least one of them still.

Today, Ren 10 is still my dog and he is doing really well! Unfortunately there are no more trips for Ren to see Maggie because we have no idea what has happened to her since her owner died. Ren is now 3 years old and will be 4 next year on March 15th. He is the best dog I could ever ask for. There are times when I get really frustrated with him, but I never have wished for another dog. Ren 10 is my life and I would do anything for me and I know he would do anything for me. He means the world to me and I would never give him up. He has always been there for me and I for him. I love this dog with my entire being and nothing or anyone can change that.

Haleigh is using Smore newsletters to spread the word online.