I got an email today that the newly formed Bitcoin Development Fund intended to give us 75 Bitcoins out of the new 1000 BTC endowment.

Shortly after that, we indeed received that donation...

At the going rate, that's going to buy us around 7300 meals worth of food.

Thank you so much for your generosity. 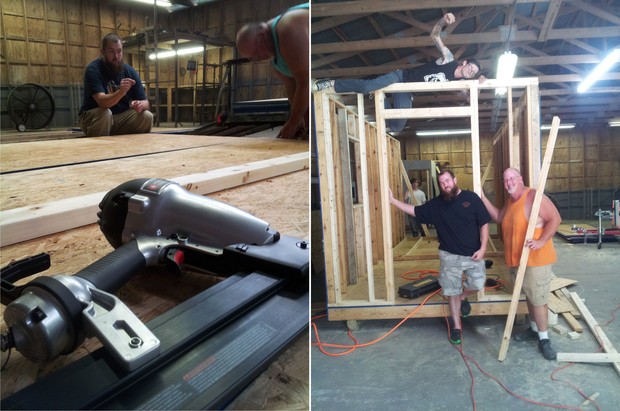 What a difference two months makes.

Today, is EXACTLY two months from when Sean's Outpost first started accepting bitcoin donations. Everyday, I am so grateful to this community that we have become apart of. Thru this community, we have fed over 6000 meals to the homeless and hungry in the Northwest Florida area.

And we are proud of that. You should be too.

But feeding people is just one piece of the puzzle. We've all heard variations on the parable "Give a man a fish, he eats for a day. Teach a man to fish he eats for life." Many of our donors have brought this up to us and we are taking that to heart. We really try to be the best stewards of this tremendous generosity we have been shown.

So...we've started something new at the outpost. I'm afraid that I will ramble on about it, so I will just cut to the meat.

-We are building really cool homes for the homeless

I'm currently sitting in an Airport, on my way to San Jose for Bitcoin2013. My only regret in going, is that I probably won't be there for the completion of the prototype home we are building.

But that's ok, we've already raised the funds to build another one. All in BTC.

The houses are styled after the small house movement. If you've ever seen tumbleweed homes, that's very similar to what we're working on. I am floored at the progress I have seen in the past few days, watching a pile of wood morph into a home. Better than minecraft.

Watching everyone pitch in to build this thing has been incredible. You can see hope in their eyes. It's something we don't see enough of. So happy to be providing even a glimmer of it.

Obviously, there's a lot more to this. But I have a plane to catch.

If you're going to be in San Jose, I'm speaking at 10:15 on Sunday, in the Econ/Finance Room. Even if your not at the conference, let's get a beer. I'm really looking forward to meeting a bunch of passionate bitcoiners.

PS - Just to head it off at the pass. Yes, yes we can build houses with USD too. That's not unique to Bitcoin. But there is a lot unique to this community. And a lot of goodwilll and compassion here. And being able to receive donations, globally, without a record of donors that can be confiscated is a big damn deal.

Wikileaks? Defense Distributed? Sean's Outpost? Wait, one of these things is not like the other, right? Well, after Thursday, it will effectively be illegal to be homeless in Pensacola.

When you allow people to dictate who has the right to donations you never know where that will stop.

Finished product will look something like this. This one was built locally and we have had input from the builder.

Just wanted to post these. I will make a real post when I have some time to sit still. 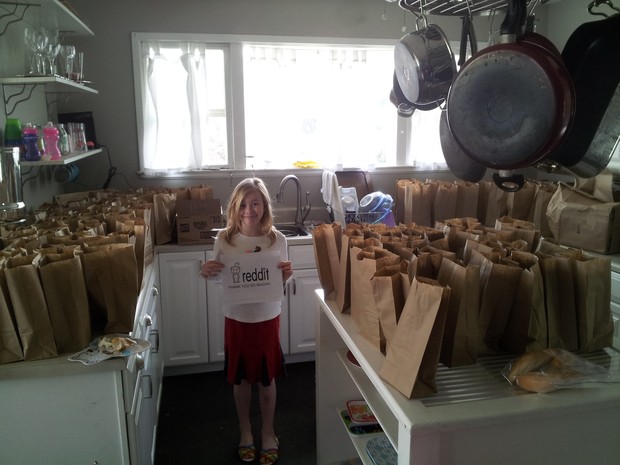 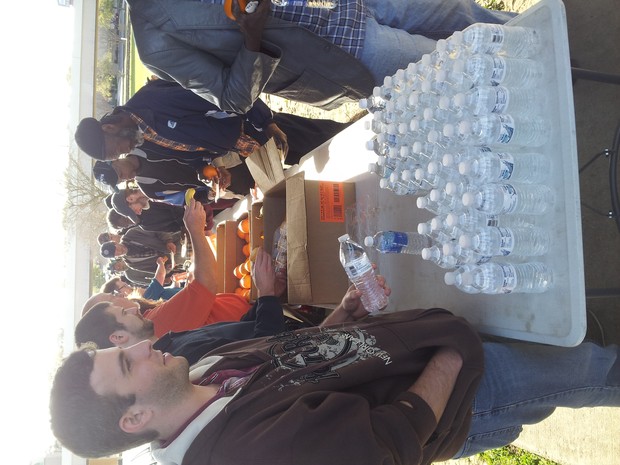 One Bitcoin Will Feed 40 Homeless People

Though BTC Donation we have raised 259 meals worth of funds. We also passed out 43 meals to homeless in Pensacola TODAY. BTC FTW***

With all the hoopla surrounding the new record exchange prices the war between the BTC proponents and nay-sayers is in full swing. Bitocoin is over inflated. Crash imminent. Only morons and Mooninites would invest in BTC. Bitcoin IS going to revolutionize monetary transactions. Bitcoin is only going up. BTC is going to $9000. You can buy PIZZA with BITCOIN!

Whatever side you are on, it is a very exciting time for bitcoin.

And while the future of BTC may still be hazy, I can give you one sure thing.

At this moment, 1 Bitcoin will feed 40 homeless people in Pensacola, FL. You can take that to the bank...or your decentralized, extra monetary conveyance association.

Here at Sean's Outpost, we regularly make up sack lunches and take them into the fringes of society to feed the homeless. We journey under bridges and overpasses. We delve deep Into the makeshift thunderdome-esque camps that many of the unhoused dwell in. We go there with no political or religious message. We just go there with food and water.

We tell people to "Stay safe and stay strong."

When we break down cost, it run's about $1.25 to make a bag lunch and get it delivered to a homeless person.

The transitive property at its finest.

Here is your chance to make a guaranteed, phenomenal, return on your Bitcoin investment.

DONATE 1 BTC and We will feed 40 people.

No matter where the market goes tomorrow. Donating 1 Bitcoin right now will put food in the tummies of 40 homeless people.

When you donate 1 BTC to Sean's Outpost, ALL of the funds received will go directly to feeding the homeless. We are all volunteer. No ridiculous overhead percentages. 100% help.

Once you have donated, Sean's Outpost will...

The future may be bright for Bitcoin. But it won't be so bright for everyone. You can make it a little brighter.

Feel free to email us at

or you can email me personally at 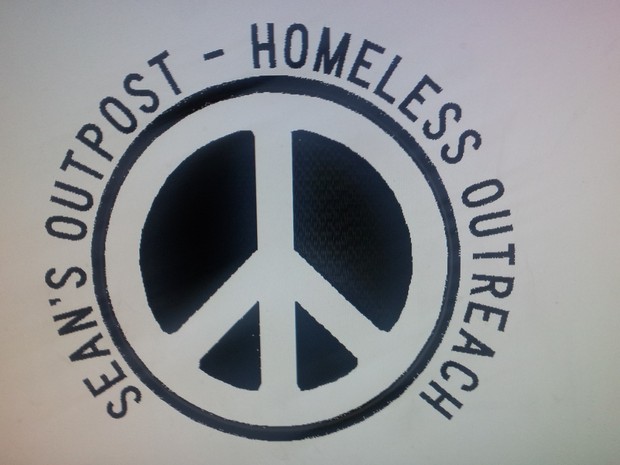 Helping the Homeless, Lost and Wayward of Pensacola, FL

Sean's Outpost is dedicated to the loving memory of Sean Dugas. He was a very dear friend, Pensacola treasure, and one of a kind individual who was murdered tragically in August of 2012.

Sean loved Pensacola and Sean loved people. So now, people who loved Sean are doing what we can to help the less fortunate people of Pensacola.

Feed the poor. Love everyone.

Across from Loaves and Fishes

In the park, in front of the Pavilion
Get Directions

Feed the Poor. Love Everyone.
seansoutpost@gmail.com 0000000 seansoutpost.com
Embed code is for website/blog and not email. To embed your newsletter in a Mass Notification System, click HERE to see how or reach out to support@smore.com
close