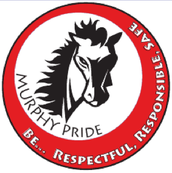 As I write this message, we are winding down 2013 and gearing up for 2014. September to December see their shares of breaks for different holidays and events. January through May our school year really gears up and it's full speed ahead. Thank you in advance for taking time to read through this newsletter. There are a handful of items, in no particular order, we hope you find the information valuable!

In this time of shopping for Christmas gifts and holiday gift giving, I wanted to take a moment to speak to you as your child's Principal. Speak to you as a father of four, and someone with experience with youth and children. Specifically, I want to talk about the behavior, violence, and graphic nature in many of today's media content (movies, television, video games, etc).

Although I think of myself as a technologically literate person, and an advocate for technology in education, I have some specific concerns about what I am seeing children come to school with today. This article in our newsletter may or may not touch a nerve for some people. I don't intend to offend, however, I do hope to raise some awareness of very relevant issues for the children of today. That concern is what the children of today are learning from popular culture such as video games, television shows, and mainstream movies.

Maybe I'm putting the cart before the horse. What I'm going to write about isn't saying that video games are bad or television and movies are bad. What I am going to say though is that we really need to pay attention to what our children are learning from the different content they are viewing. Are they learning the behavior we want them to have? Are they learning the values and morals that we want our children to have?

Some of the most popular titles of video games, movies, and television today are often rewarding violent and/or disrespectful behavior. Let me put it to you another way. If your child were to talk back to you or be disrespectful to a grandparent, what would your thoughts be? Many of today's shows geared toward our children, specifically reward that type of disrespectful behavior.

How about one step further. If you were walking down the street and someone came out with a gun and started shooting at people, what would your first instinct be? I think the first instinct of many would be to protect their children and to get out of a dangerous situation. How impossible is it to think that the shooter would be our very own child? However, many of today's video games reward just such behavior. Take for example, a popular title called Grand Theft Auto. As the name implies, you are to break the law and steal cars. What many people may not be aware of though, is that you're also rewarded for even more violent behavior. For example, you get extra points or money for shooting and/or killing police officers, prostitutes, civilians, etc.

There is a book out called Stop Teaching our Kids to Kill: A Call to Action Against TV, Movie, & Video Game Violence. The book is written by retired Lt. Col. Dave Grossman. In his book, one of the topics he discusses is video game violence. He specifically relates today's first person shooter video games, such as "Call of Duty", to video game simulators that our military uses to train soldiers for active military duty. What he shares is that the video games of today are more graphic and realistic than the simulators soldiers were training on even 10 years ago. So to go back to an earlier question I raised, what do we want our children to learn?

For every device out there, there is plenty of content that is positive and reinforces the skills and concepts we want our children to learn. Wrapping up this article, technology such as video games, movies, and television shows have their place. They're all very powerful tools. However, we have to keep in mind the power of that tool and what it is going to be used for.

P.S. Favorite "video game" in our house: NHL Hockey. Other than that, it's lots of card and board games. 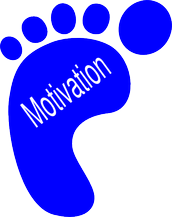 A reminder that our school will be sending out Instant Alerts (phone calls and emails) about twice a month called "Murphy Mustang Motivators". Each Murphy Mustang motivator is a call from one of our Murphy Elementary School staff members with something that we find important that we want to share with you at home. Thank you in advance for taking the time to listen to these short messages. You will receive a motivator the next three Tuesday nights, then twice a month.

The school store is located in Mrs. Everett's room and is open each Wednesday morning before the 8:15 bell. The store has a selection of books, pencils, sharpeners, bookmarks and similar items. Kids can use Mustang Medallions and/or money. Items are in the $1-$2 range. 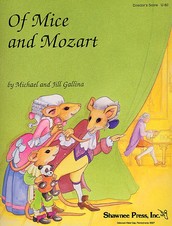 This year's 3rd and 4th grade program titled: "Of Mice and Mozart" will be held on Thursday, December 5th at 1:00pm at the Myles Reif Performing Arts center connected to the west side of Grand Rapids High School.

The following is a written response that I was asked to write about "Telepresence". Telepresence is a form of video conferencing using the Cisco C20 cart in our media center. If your kids have come home talking about NASA, space, science, etc, they were most likely talking about this tool. So here's some more text:

I have been asked to talk a little bit about virtual field trips and the Telepresence studio. Although it's hard to convey through the written word the excitement that I have for this program, I'll do my best. I'll start with.... let's say it's nothing short of miraculous. In the past when we wanted to teach or talk to our students about advanced topics, often the teacher would have to rely on secondhand information or do the best they could to learn and share information. Although we would do our best, sometimes students were unable to find the answer to their driving questions. Enter the Telepresence Studio and video conferencing. Now not only are we able to bring content information to students, but we are able to bring it to them from the first-hand experts.

A couple of examples that I can share with you directly from Murphy School include content being brought directly from NASA. That's correct I said NASA, no kidding. "The National Aeronautics and Space Administration is the agency of the United States government that is responsible for the nation's civilian space program and for aeronautics and aerospace research. Our students have been able to discuss content first hand with NASA scientists in the field on topics ranging from planet Earth, the moon, the sun, our solar system, and more. In other words, they are the real deal when it comes to advanced scientific research. These sessions and discussions are from people that not only know the content, but they are often the scientist in the field doing the work.

Our fourth grade students were able to participate in a discussion about the Mars rover project. This project had them partnered with the Denver Museum of Science and Nature, and NASA's JPL laboratory in California (Jet Propulsion Laboratory). Our students were able to ask questions and receive information from the scientist that is sending the commands to drive the Mars rover, again, no kidding. This information and knowledge that our students are gaining is not from somebody that's not just familiar with the field, but THE expert in the field.

We have had classes from our little corner of northern Minnesota join with an aquarium in California, a zoos in Indianapolis, and NASA research laboratories all over the United States. I think that this is an excellent start in integrating the tool into our curriculum and into our day (bringing content experts directly to our children). What I envision long term is increased collaboration between our students and others around the globe. We started locally last year by holding the Battle of the Books competition between Deer River, Forest Lake Elementary, and Murphy Elementary School.

We are actively seeking partnerships within our region and beyond. Without access to technology like a Telepresence Studio, this would not be feasible or sometimes even impossible. We have upcoming collaborations with NASA on a variety of project. The Denver Museum of Science and Nature will present a program on the Virtual Heart to our 4th graders (Valentine's Week) and an arts integration lesson based on Titan (a moon of Jupiter). This week we even have a 3rd grade class exploring the American Smithsonian Museum of Art (Native American Artists collection).

I think to say that I'm passionate about this tool would be an understatement. If you're ever in our little corner, please feel free to stop in or attend one of the sessions with our students. 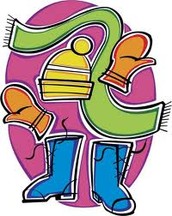 All of our students are expected to wear the appropriate winter clothing including a hat, coat, gloves/mittens, snow pants, and boots. Students that forget items often have to play on the black top or stand against the wall (such as forgetting boots or snow pants). If the weather is too cold to be outside without the item they have forgotten, we will have them stay inside. We want kids to be safe and at the same time work on responsibility in remembering their clothing. With all of the fresh snow this week, I have had kids that haven't had all of their winter gear stay inside and read. Shortly, we will be sending them out and they can play on the blacktop. My hope is that after these first couple of days, they will remember their gear. 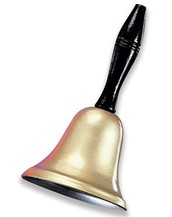 Start and End of Day Times

A reminder about start of day and end of day times. Although staff may be here earlier getting ready for the work day, the front doors do not open until 7:40am each day.

On Mondays, Tuesdays, Thursdays, and Fridays the end of day bell rings at 2:50 and we start heading to the bus and parent pickup lines.

On Wednesdays the end of day bell rings at 2:10 and we start heading to the bus and parent pickup lines. 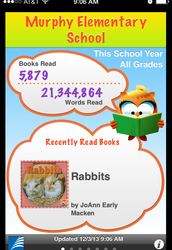 As of today, our school has independently read and passed quizzes on 5,879 AR books. That equates to 21,344,864 AR words. Murphy ranks first in books and words read in District 318!

Here are some sites that your child has access to at school and at home. There are also "APP" version links below in our "App Corner". If you are having any issues or need help gaining access contact Mr. Martinson: smartinson@isd318.org or 218.209.2573

The app gives you mobile access to our free Featured Movie, rotating daily, plus our full collection of hundreds of movies and quizzes on a range of topics. .

You can access all BrainPOP Jr. movies and quizzes from the app.

Students take AR Quizzes and receive their quiz results on the device. Build on this excitement and motivate students to read!

This app lets you access eBooks and eQuizzes for the 300+ titles on Raz-Kids, all on your tablet! Each classroom has access to this tool.

Facebook @murphymustangs
The Mission of Murphy Elementary is to ensure that all students acquire knowledge, skills and attitudes necessary to realize their potential and become productive and responsible citizens of a changing world.

822 NE 5th Ave, Grand Rapids, MN smartinson@isd318.org (218) 327-5880 isd318.org/murphy
Embed code is for website/blog and not email. To embed your newsletter in a Mass Notification System, click HERE to see how or reach out to support@smore.com
close