What are types of encoding & factors that impact them?

You encode in STM phonologically or by how it sounds.

So, you may remember an phone number that someone told you, but only for a few minutes.

Inforamtion may get mixed up because it sounds similar

How is the material stored?

Repeating information over and over and aover to remember it.

Example: Studying vocab words and saying them over and over to remember them.

Grouping information together with imformation already known to remeber it easier. 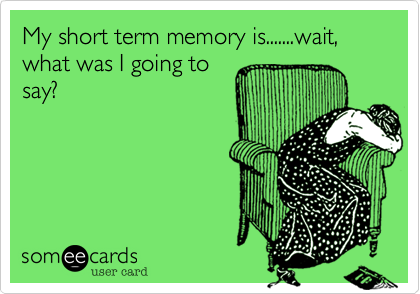 Why can you remember the words to songs or the Pledge of Allegiance? That's because it is stored in verbatim. 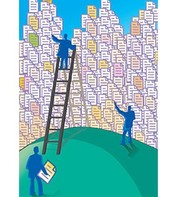 Is not usually used 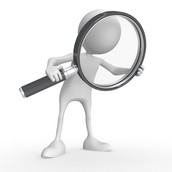 Is how you can remember things in great detail. People either remember verbatim or just the gist of things.

We usually just remember the meaning of something

This theory explains how we are able to focus on what one person is saying even though we are surrounded by other conversations.

This theory explains how we are able to focus on what one person is saying even though we are surrounded by other conversations.

Is the tendency for a person to remember the first and last things in a series best and the middle items last. 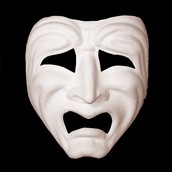 Is when someone is shown one image and then shown other images, after the other images are shown they are not able to recall the first image.

What are retrieval cues and what factors interfere with them?

For example: the smell of fresh baked cookies reminds you of your grandmother's house.

There are many factors that can make remembering information difficult.

Tip of the tongue phenomenon

This is knwoing a word but not being able to immediately recall it. These experiences become more frequent in stressful situations and as people get older.

Retrograde amnesia is the inability to recall events preceding an accident or injury, but without loss of earlier memory. 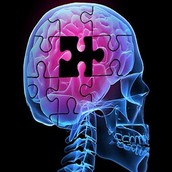 Progressive deterioration of the brain; caused by hippocampus damage or below-normal levels of the neurotransmitter acetylcholine.

Learning one thing can interfere with the learning of another. 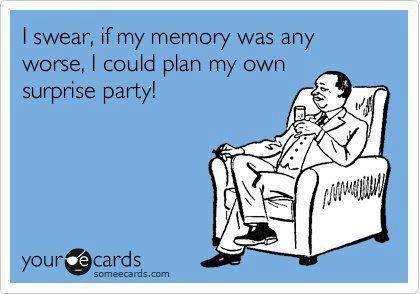 New information interferes with material already in long-term memory.
For example: Finding it difficult to memorize a new phone number after having the same one for many eyars.

Information already in memory interferes with new material being learned.
For example: You always park in the same spot at work. One day you have to park in a new spot and have a hard time remembering where you parked.

the more disimilar something is from other things you've already learned the less likely it is to interfere with those things.

The swing of a tennis racket is similar to the swing of a baseball bat. Because of this, it may be hard for someone to effectively learn how to do both.

Because of memory loss it is common for people to be unable to tell the difference between what actually happened and what they heard about what happened.

The main chemicals that affect memory are: epinepherine, cortisol, and acetylocholine.

Follow Olivia Wolfe
Contact Olivia Wolfe
Embed code is for website/blog and not email. To embed your newsletter in your email, click HERE to see how or reach out to support@smore.com