Bethann is using Smore newsletters to spread the word online.

Get email updates from Bethann:

How did the Nile River affect the lives of the Egyptians?

The Nile was a source of life for the Egyptians. The water allowed for animals to be drink and all plants to grow. The water was a life saver for the people. The Nile's rapids protected the people from other people that did not live in that area.

The main affect of the Nile was that it allowed the people a way to make money. This way was agriculture.The Nile's water served as a watering tool for their crops,a bath and washing area,and to feed the animals. 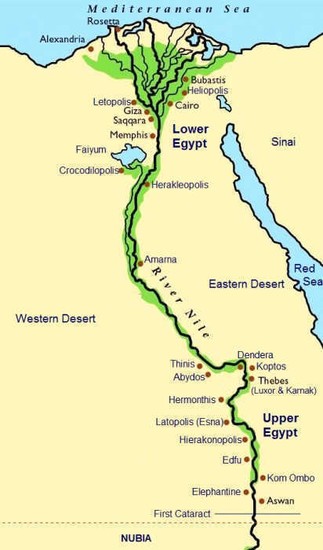 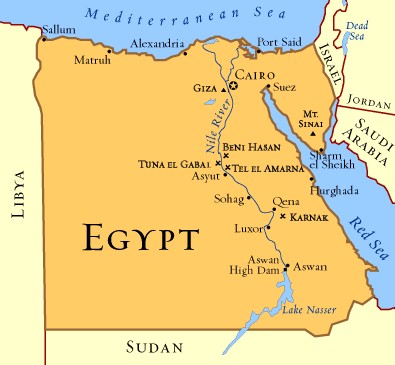 Top map is the Mediterranean, Red Sea, the Nile River and the areas of ancient Egypt.

The bottom map is the modern countries of Egypt.

How did social class affect people in Ancient Egypt?

Social class affected the people in Ancient Egypt because each social class had different roles or responsibilities. Whatever class you were born into that is what you were your whole life, The Egyptians believed in order and a stable environment. The men's job was to take care of the family financially and the women unless nobility did all the work around the house. The upper class women usually had servants or slaves to do their work. The government officials were the highest ranking and this ranking would be handed down to family members. Peasants were the lowest and largest group of the Egyptians. They were unskilled workers yet the Egyptian society relied on them to plant and take care all of the crops. 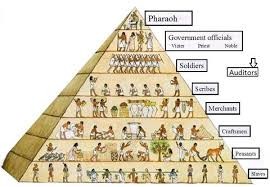 How did advantages in agriculture methods affect the lives of early Egyptians?

Agriculture and Irrigation systems : The people used canals. the canals are still in Egypt today. The canals were used to flood the land for crops. There were some problems that occurred when the Nile was too low or high so they developed swape. A swape is a

a bucket on the end of a cord that hung from a long end and it was overweighed, 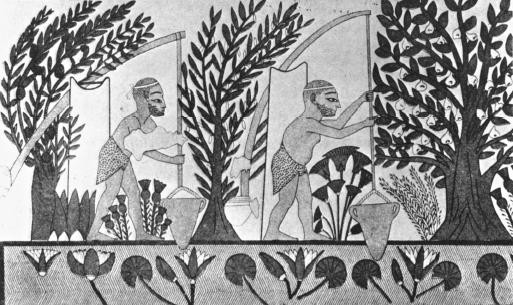 Invention of the calendar

The invention of the calendar was developed by lunar months and the agricultural cycle. The calendar was divided into three months, Each season had 4 months. Each month had 30 days and for a total of 360 days. The extra five days were added to honor the children of the gods.

Invention of the pyramids and Sphinx at Giza

Sphinx is a life form of a pharaoh as a human headed line that wears a headdress of the pharaohs. The pyramids were designed to the be tomb of pharaohs and their queens. Each pyramid had different shapes and sizes. 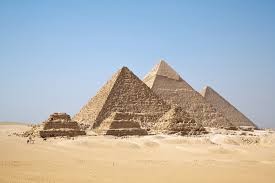 Hieroglyphs are characters in a form of writing. The symbols represent objects. Hieroglyphics now are known as a system of writing. 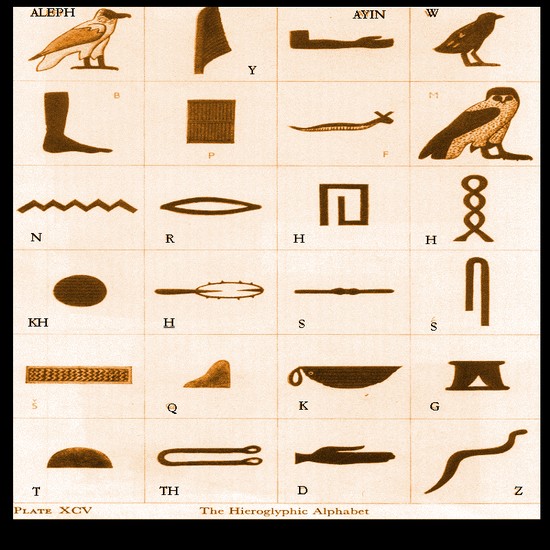 Papyrus comes from the word paper. The Egyptian word mean which belongs to the house. Papyrus is part of a plant that comes from the Nile River. The plant would be soaked for many days and then dried and pressed under a heavy rock. This cause the papyrus to become flat and then it could be used for writing.

Bethann is using Smore newsletters to spread the word online.