An awfully long time ago lived Alistair, a Mammuthus Primigenius, otherwise known as a woolly mammoth, and his friends and family. Their quiet and peaceful lives were buried under layers of Earth, untouched, until a farm boy discovered their remains in the forest. It was then, when their album was flipped open, that their lives were revealed. Woolly Mammoths are, unfortunately, no longer alive today, but they were abundant back in the Pleistocene Epoch in the last glacial period 200,000 to 10,000 years ago. Some managed to last until 4,000 years ago in the time of the Egyptians on a small island. However, because of the combined pressures of climatic warming that occurred when the last ice age ended and predation from humans, most of them, like Alistair, were not so lucky, and vanished long ago. Alistair’s life journey was the ordinary of the mammoths, and it was a powerful representation of the lives of his species. 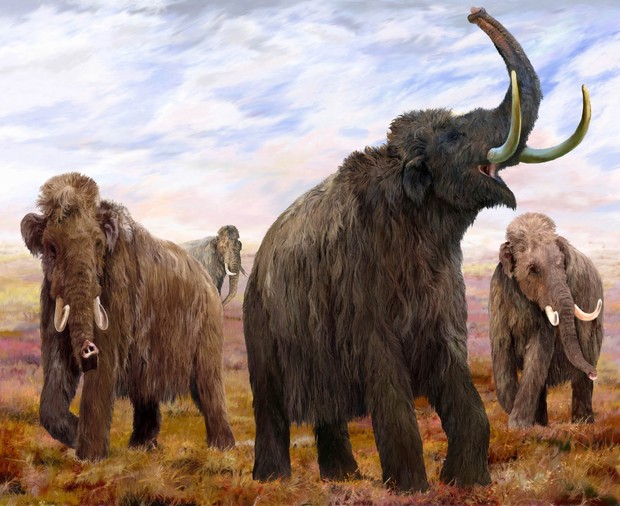 the Above is Alistair and His Family

At that time, when climatic warming and human predation was very common, it was a celebration when baby mammoths were born. After two years of nursing and some more years, he grew into a playful young mammoth. Everyday he would play and fight with his older brother, Lucas, with their small tusks not fully known yet. The main priority each day is to just find food on the grassy plains and much down grass, sedges, and herbaceous plants. Occasionally, brother Lucas would bring him some flowering plants and flower buds. Sometimes the mammoths would travel from one tundra steppe to another steppe, when the old steppe didn’t have enough food and grasses for them. Alistair once owned such a wonderful childhood, but later on, it all dramatically changed.

After The Good Old Days

Alistair’ teenage experience isn’t as great compared to his childhood. The climate really warmed up, and it was extremely uncomfortable for the mammoths to live with a long fur coat, and a thick layer of fat under the skin. Alister often felt like he was covered in something heavy that thing didn’t let the skin breathe. Sometimes the woolly mammoths would travel to a new grass plain, only to discover that all the available food had been eaten by Asian Elephants, and that there was only small amounts of tree bark left, and tree bark didn’t taste so good. Asian Elephants were the closest relative to Wooly mammoth, because they branched away from the from each other six to eight millions years ago. The Asian Elephants were luckier than wooly mammoths, and some of them are still alive on the planet nowadays, but they are endangered.

There was also diseases that spread through the group, killing baby mammoths. Fortunately, on one in Alistair’s family had gotten the disease, until one day…

This would be what Alistair's family would seem like on a snowy day.

You can tell the age of a mammoth by looking at the rings on its tusk, just like a tree truck.

Usually, Alistair would play with his best friend, Amelia, everyday or so. But there was one day where he couldn’t find Amelia anywhere. She was not near the river, in the forest, on the plains, or at their secret hiding spot. Alistair also couldn’t find her anywhere the next day, or the the day after that. Alistair started worrying for her, so he asked his mother what was going on. However, her mother kept trying to avoid answering him. He later discovered that Amelia had died from the disease.“

The next few days were unbearable for Alistair. The memories just kept coming back to him; back when they raced in the forest when they were kids, when Amelia saved him just in time from falling into the deep river, when they chased birds around until they were exhausted. Alistair missed Amelia so much that it seems like he was also sick.

After a month, Alistair slowly recovered from Amelia’s loss. However, for some reason he started to have aches more and more often, and slept more and more often. His mother took the situation very seriously and check on him about every hour. The next day, AListair woke up only to discover the most terrible news: he had gotten the disease.

Fighting Against All Odds

Although most infectants wouldn’t survive the disease, there was a slim chance of survival. Alistair’s father, mother, and brother worked together to try to do their best to care for him, hoping for the best. Alistair had a very positive attitude, and ate the best food available. After some very hard days of Alistair almost near death, he finally started to turn better. After a few months with proper exercise and an healthy diet, he had finally almost fully recovered. Some say it was a miracle, some say it was because of his positive and joyful attitude.

Alistair had almost healed from the disease, so he decided to take a trip to the forest.

He journeyed on his own in the woods. Back when he was a small child, the forest always fascinates him. The evergreen trees, the tiny caterpillars, they were all so interesting to him. He ran happily through the woods, and looked around at the place he had always loved the most.

Suddenly, he tripped on a big, mossy branch. His leg was bleeding a little bit, but it was no dig deal. However, he started to feel nauseous after a moment.

It seemed like creatures was starting to slowly move towards Alistair, creatures he couldn’t recognize. Then, as it got closer, he could tell that these creatures were humans, which his mom had told him a thousand times to stay away from. They had a malevolent smile on their faces, and each held a weapon of some sort. Alistair knew that he would not survive, so he closed his eyes, and waited for his ultimate nightmare, as a cold, metal knife suddenly stabbed into his flesh… 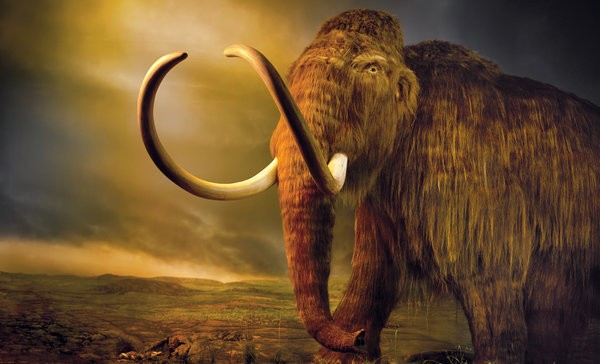 Please participate with great respect. We don't want us humans to be Alistair's worst fear forever.

Alistair truly shouldn’t have died at such a young age. He could have enjoyed life way longer, but sometimes life just wasn’t so fortunate. The playful, cute Alistair when he was a kid, the Alistair that had always cheered the group up and brought happiness to everyone, the Alistair that faced a deadly disease in such a positive attitude, had left his family, and had his this world, forever.

The video below will provide you with more information about the Mammuthus Primigenius, the way they lived, and how they sadly vanished.

The last of the mammoths | Natural History Museum