With the assassination of President McKinley, Theodore Roosevelt not quite 43, became the youngest President in the Nation's history. He brought new excitement and power to the Presidency.

Teddy was a fair man,that's the reason we have hunting laws and to only kill if it was sportsman like 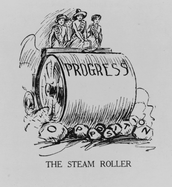 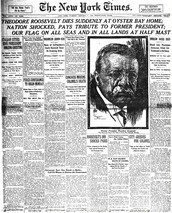 The way hunting and woman's rights will end up very well in the long run, maybe it'll help the way we abuse the animals that we use to feed the U.S