Jax is using Smore newsletters to spread the word online.

Get email updates from Jax:

Iran is a theocratic Islamic republic governed under the constitution of 1979 as amended. Appointed, rather than elected, offices and bodies hold the real power in the government. The supreme leader, who effectively serves as the head of state, is appointed for life by an Islamic religious advisory board

This is the iran national flag

This is the House of Representatives

Violent outbursts have occurred in Iran 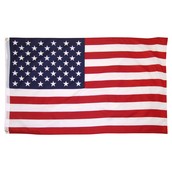 Iran and the U.S are similar and also different one way they are similar is that they both elect a person to be their president. But in Iran they also have a supreme leader that is not elected and he stays in office until he dies or resigns. Also citizens in Iran do not have as much say so in their government as Americans do.

U.S citizens have many rights because of the government we have. Such as the right of liberty, the pursuit of happiness and to own property.The government of Iran is criticized both for restrictions and punishments that follow the Islamic Republic's constitution and law, and for actions that do not, such as the torture, rape, and killing of political prisoners, and the beatings and killings of dissidents and other civilians.

Jax is using Smore newsletters to spread the word online.