Who Needs the Fed? What Taylor Swift, Uber, and Robots Tell us About Money, Credit, and Why We Should Abolish America's Central Bank 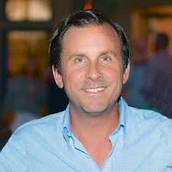 The Forbes School of Business and Technology at Ashford University will host the first event in its 2017 Distinguished Lecturer Series on Tuesday, March 7, 2017. This popular event will be held at the University Club, 750 B Street – Suite 3400, San Diego, CA 92101. It is expected that this highly anticipated event will fill up quickly due to an opportunity to hear John Tamny speak for free regarding: Who Needs the Fed? What Taylor Swift, Uber, and Robots Tell Us About Money, Credit, and Why We Should Abolish America's Central Bank.

John Tamny is the Political Economy Editor at Forbes. Mr. Tamny frequently writes about securities markets, along with tax, trade, and monetary policy issues that impact those markets for a variety of publications including the Wall Street Journal, Investor's Business Daily, Financial Times, National Review, and London's Daily Telegraph. He has written several books and is a weekly guest on Forbes on Fox on the Fox News Channel.

Space is limited. To register for the event, visit http://bit.ly/2j5fCkh

A free breakfast will be served at 8 am followed by the speech at 9 am. Seating is limited. To RSVP for this event, please go to: http://bit.ly/2j5fCkh

To read more about John Tamny see: http://www.forbes.com/sites/johntamny/#5a6a6d891611
Get Directions
Embed code is for website/blog and not email. To embed your newsletter in a Mass Notification System, click HERE to see how or reach out to support@smore.com
close
Powered by Smore
Powered by Smore