Monday, January 20, 2020, is a student holiday! See you on Tuesday. Have a great three-day weekend. 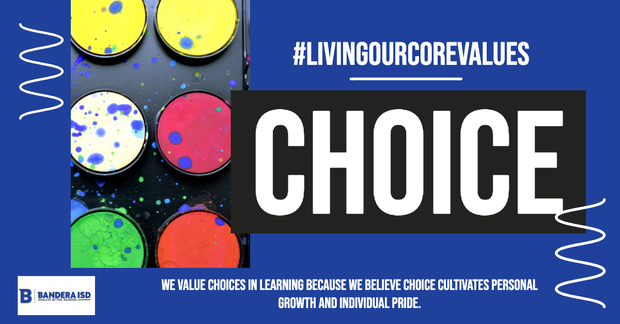 It's an exciting time to live and learn in BISD!

Bandera ISD values choices in learning because we believe choice cultivates personal growth and individual pride. As we work to expand the choices available to our students, we are asking students, parents, employees, and community members to share their preferences.The survey will be open through January 31. Thank you in advance for letting your voice be heard. The survey is also posted on the BISD website. 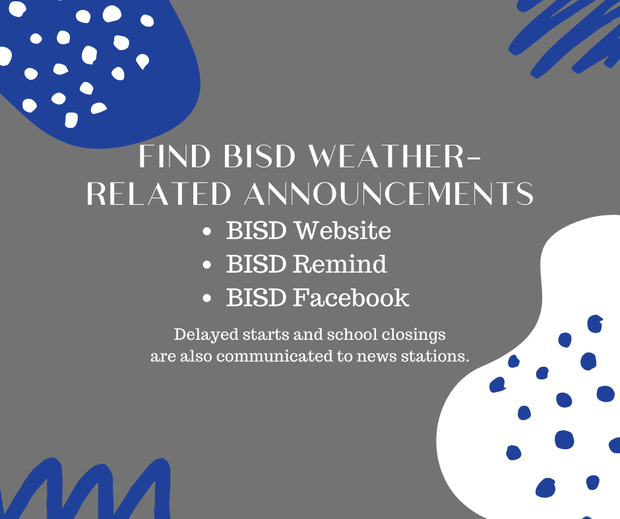 On January 4, eight BHS Theater Production students had the unique opportunity to present a murder mystery dinner theatre. The Mardi Gras-themed dinner, sponsored by the local Eastern Star chapter, allowed the students to meet and interact with community members, as well as eat a delicious dinner produced by Mrs Neuenschwander. 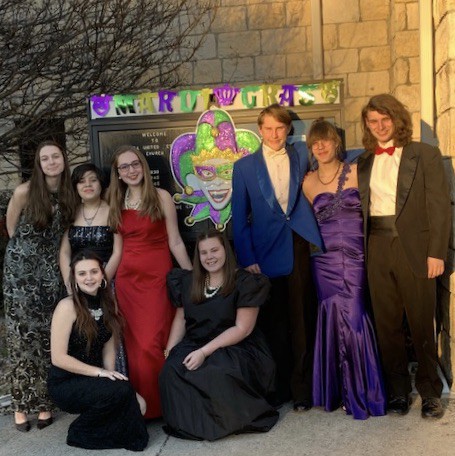 Check out the talented artists on display at BHS. 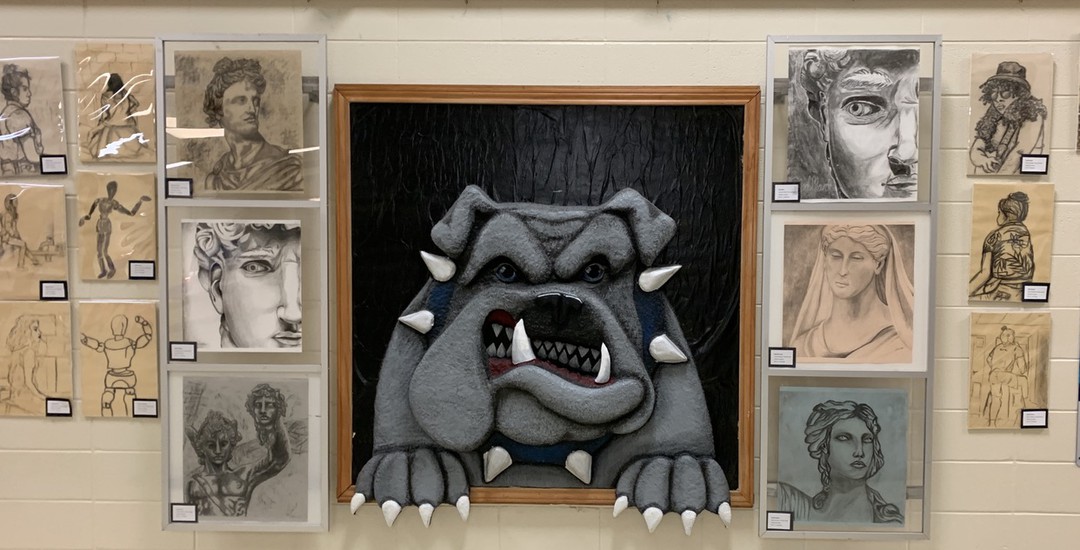 The Bandera High School Academic Decathlon team travelled to Corpus Christi at Carroll High School last weekend and competed against 5A and 6A schools, earning a 2nd Overall team score.

Team Captain, Hannah Bates, who received recognition with a 3rd overall scholastic score, stated, “It is nice to have a team that works well together. Our team has demonstrated that it can compete head-to-head against large schools”. In addition to Bates, three newcomers to decathlon received recognition as high scoring individuals, varsity - Cyrus Mendez, honors -Christian McKnelly, and varsity -Samuel Nimmrichter received a 3rd overall, a 3rd overall and a 1st overall respectively.

Team members also participated in the super quiz competition. This is the only part of the competition that is open to the public. Bandera team members outscored the other schools and received gold medals for their 1st place win.

Individual medals are as follows:

In addition to the medals, ribbons for 4th 5th, and 6th place were awarded. Bandera students also earned a total of 16 - 4th, 5th and 6th place ribbons. 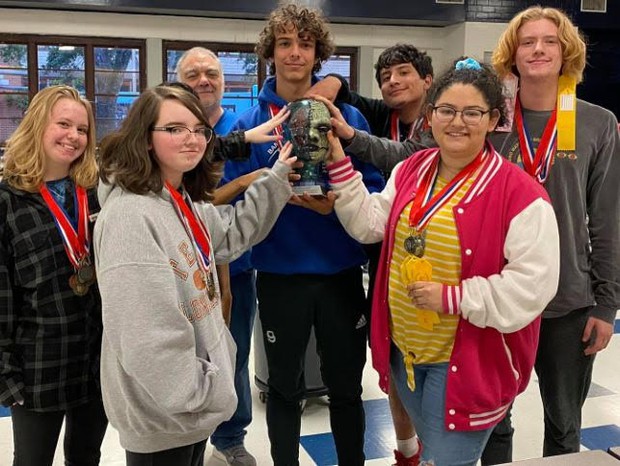 -Gunnar Winkler went 2-1 in Cross-Examination Debate as a maverick, which was very impressive

-All together, BHS won Second Place speech team with only 9 students competing.

Principles of Construction students build a house with specific dimensions but limited supplies. 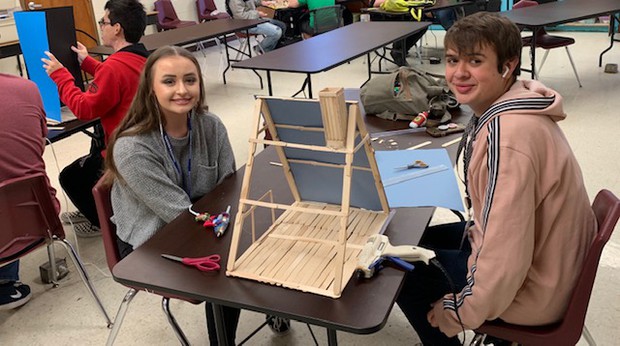 This week Ms. Fullen started training two brand new FFA teams for 8th graders! These nine students are going to be learning all about Agronomy and Entomology. They dedicate their time outside of school to practice and study these awesome skills needed for careers once they graduate! Ms. Fullen said, "We can’t wait to watch them grow as individuals and as teams with the FFA!" 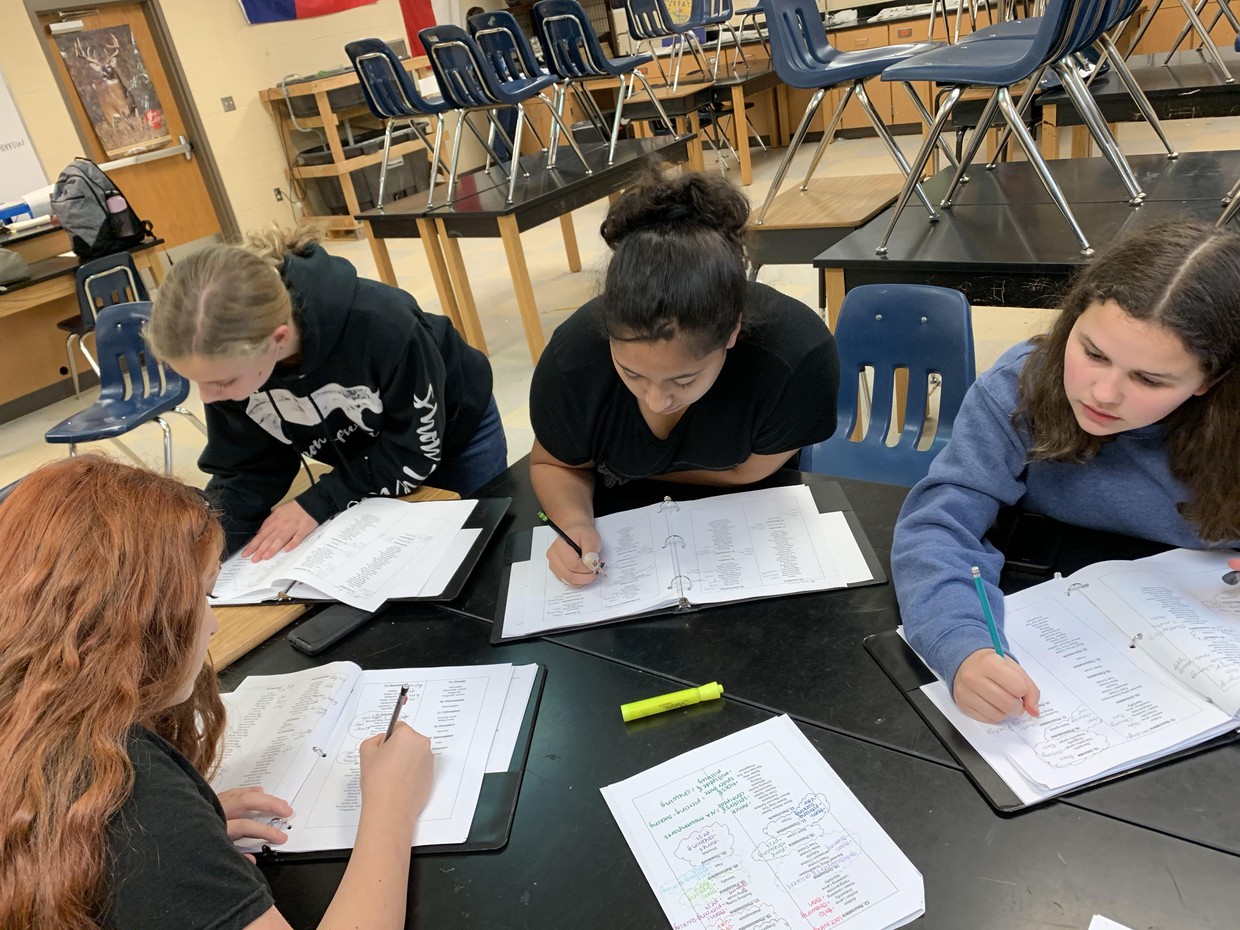 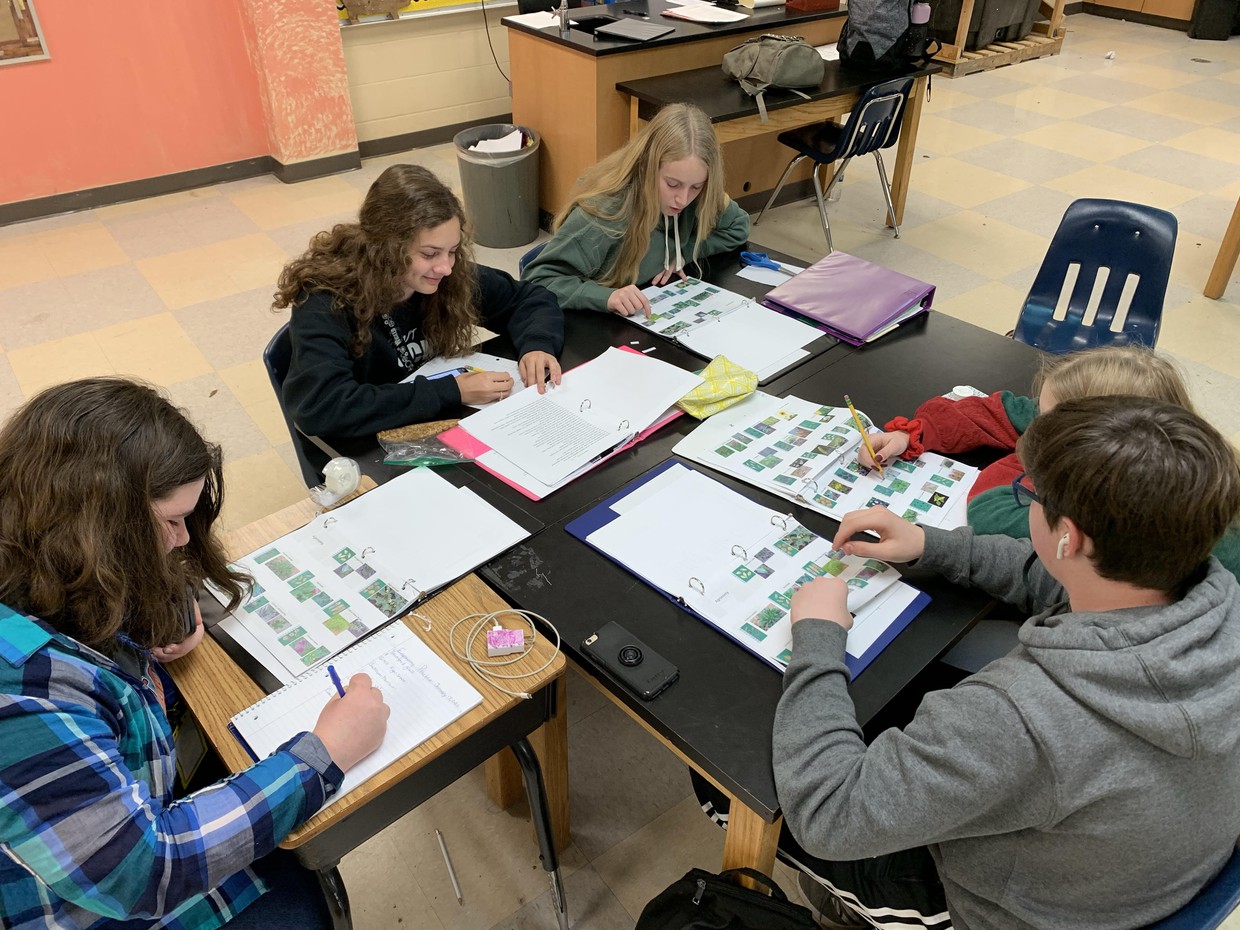 Years Eve. The Lady Dogs were ready for the challenge. Starting things off with a 3 from

Abigail Danour, the Longhorns were in a fight the entire game. Down 17-14 at half, the Lady

Dogs struggled to score in the 3rd quarter allowing the Lady Longhorns to extend their lead.

Bandera was led by Abigail Danour with 8 points and Sam Kennedy chipped in 5. Lauren

rounded out the scoring.

The JV Lady Dogs travelled to Comfort on January 3rd to face off against the Lady Deer. In a

low scoring affair, the Lady Bulldogs found themselves down 12-16 with 3 minutes to go. 2

minute and they held on for the hard fought victory.

On January 7, the Lady Dogs travelled to Pearsall. The Lady Bulldogs scored the first 4 points

and never relinquished the lead. The Lady Bulldogs had a tremendous defensive effort and

pulled out the 20-15 victory. The Lady Bulldogs were led by Brianna Herman, Sam Kennedy,

Alexis Isbell, and Estella Calderon with 4 points each. Abigail Danour and Kate Guadajaro

The Lady Dogs begin district play against the Boerne Greyhounds on January 9th. The game

did not start out well for the home team. Down 20-3 after the first quarter, the Lady Dogs did not

quit. Picking up their defensive intensity, the Lady Dogs battled the rest of the half. Down 25-9,

the Lady dogs couldn't get any offense going against an aggressive Greyhound defense. Final

On Tuesday January, 14th, The JV Lady Bulldogs travelled to Llano and came away with the 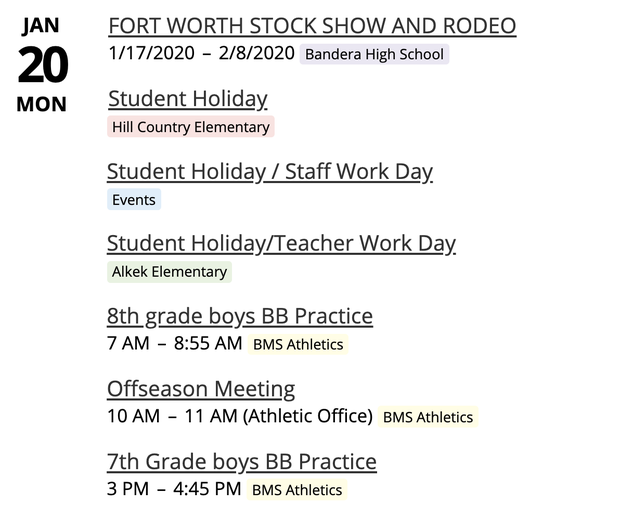 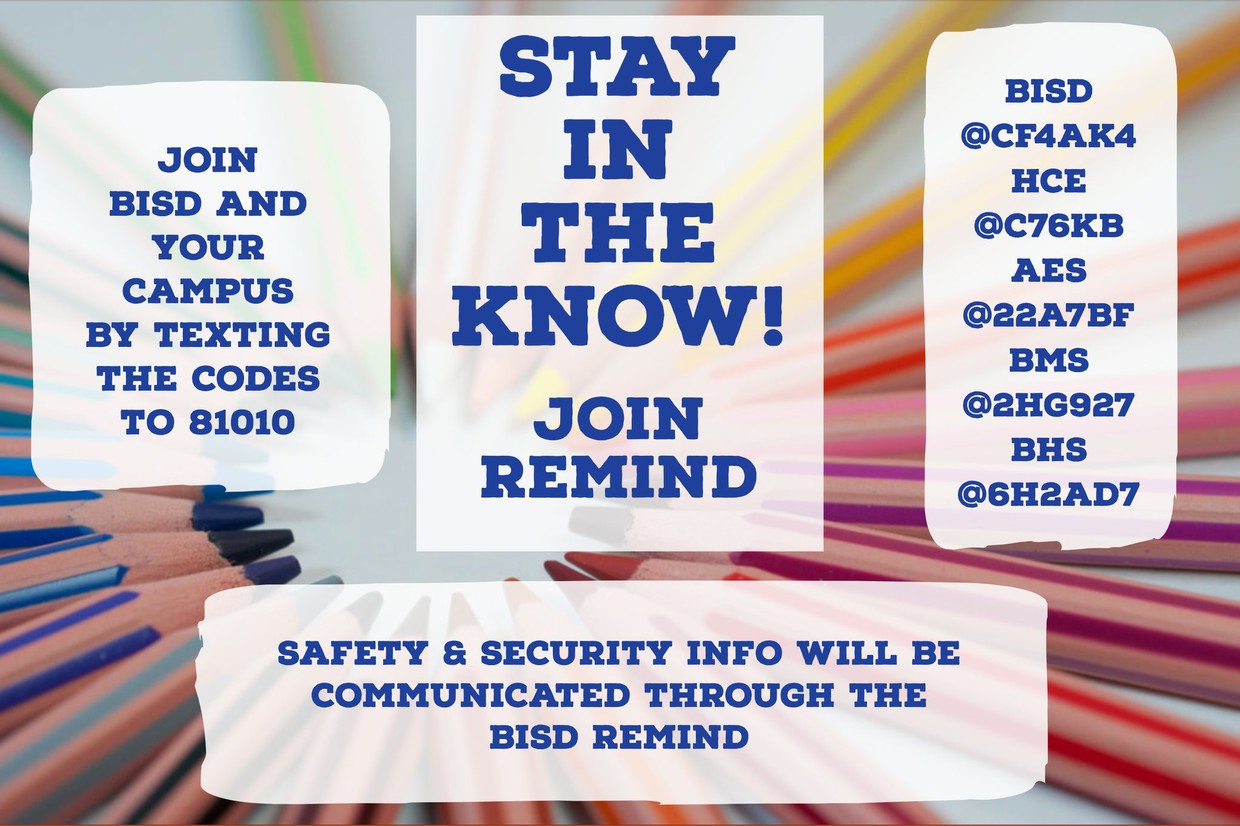 Download
242.1 KB
Embed code is for website/blog and not email. To embed your newsletter in a Mass Notification System, click HERE to see how or reach out to support@smore.com
close
Powered by Smore
Powered by Smore